Something in the depths is a play about the hardships of growing up. In the roles of Mathilda Becker, Frida Bagri and Hampus Anveden. Foto: Magnus Stenberg 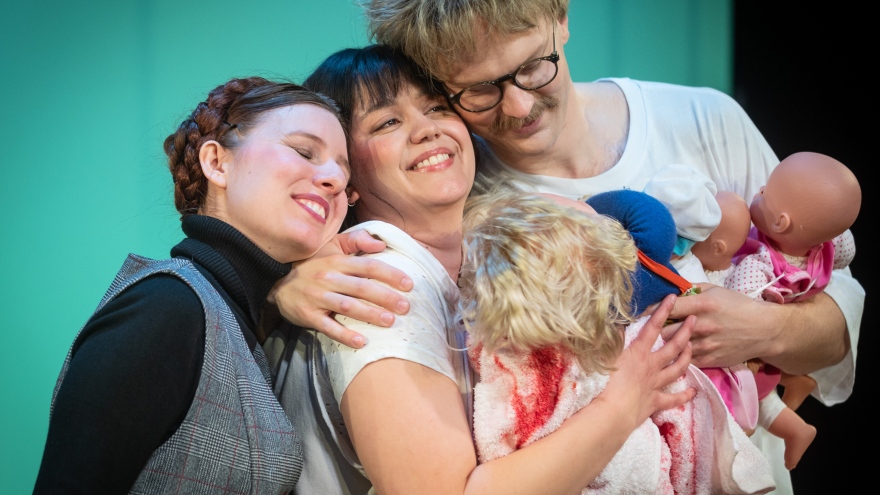 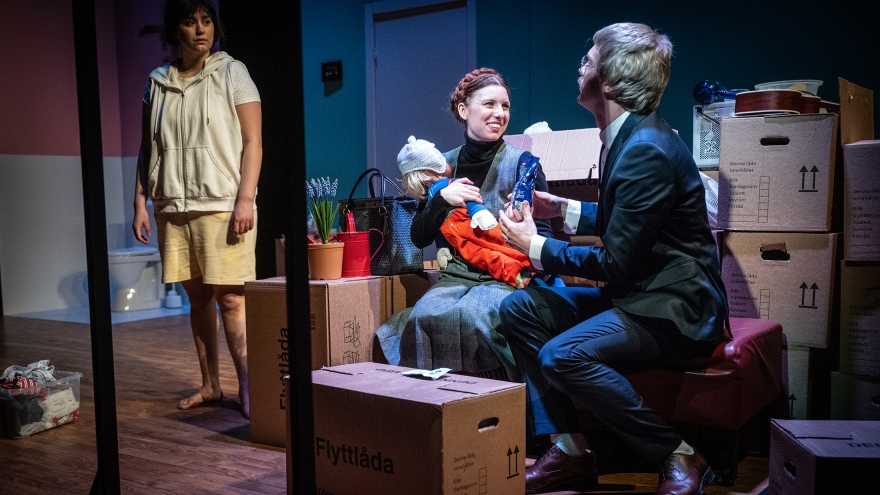 The toilet has a central role in the play. Photo: Magnus Stenberg 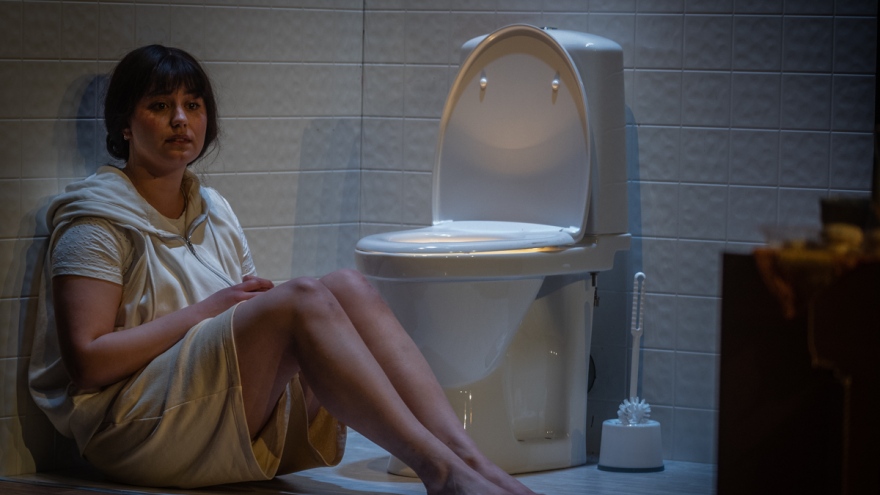 The playwright Emma Palmqvist originally wrote "Nåt i djupet as a children's play.

“I really liked it when I read it for the first time. It is liberatingly absurd and playful, but at the same time full of depth. There are so many exciting clashes in the text", says Gunilla Johansson Gyllenspetz who is the director of the Theater Academy's production of the play.

Adapted for an adult audience

When Gunilla Johansson Gyllenspetz was asked to direct the Theater Academy's final production, she came to think of "Nåt i djupet". Together with Emma Palmqvist, she adapted the play so that it would appeal young adults rather than children.

“We got to read the play in the original and did not really think of it as a children's play. On the other hand, we wanted to know more about what it was about in depth", says Frida Bagri.

What then is in the depths of the play? Of course, the play has many depths. But the actor and director seem to agree that it is about becoming an adult and the responsibility that follows with becoming an adult.

“It's about longing and jealousy. About the difficulty of growing up and doing the right thing", says Mathilda Becker.

“But one of the characters carries another longing and questions the demands placed on an adult".

The play's characters try their hand at adulthood using playing as a tool. In the one moment they form the ideal image of an adult, in the second moment they are adults.

“There are very fast turns. Sometimes the character can change in the course of a single line", says Mathilda Becker.

Playing with the play

The characters play, but the play also plays with the artform theater as such.

“We play with expectations of what theater should be, what the rules of the game are on stage and what happens if you break the agreement between actors and audience", says Hampus Anveden.

Gunilla Johansson Gyllenspetz is happy to highlight another of the play's themes: Our way of life and how it threatens the entire planet.

“But the play does it without writing on the nose. It is difficult to question the present without it becoming overly clear. It is incredibly important not to become moral or pedagogical. Art has the potential to stand with one foot in both camps without taking a stand on what is right or wrong. Here art fulfills an important function, not least in our polarized times."

Frida Bagri appreciates that the play in its adapted form is aimed at young adults.

“Theaters rarely put on plays for our target group. It's easy to relate to this play. It feels good and important to be part of and tell what it is like to be a young adult in this honest and rather crude way."

"Nåt i djupet" by Emma Palmqvist directed by Gunilla Johansson Gyllenspetz is premiering at Norrbottensteatern, scene 2. In the roles: Hampus Anveden, Frida Bagri and Mathilda Becker.