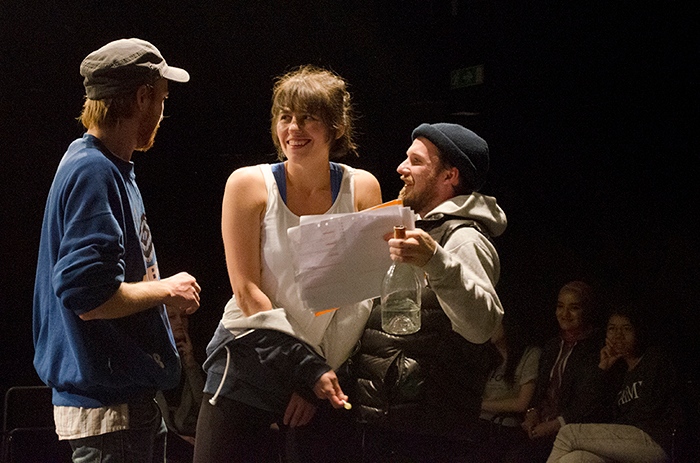 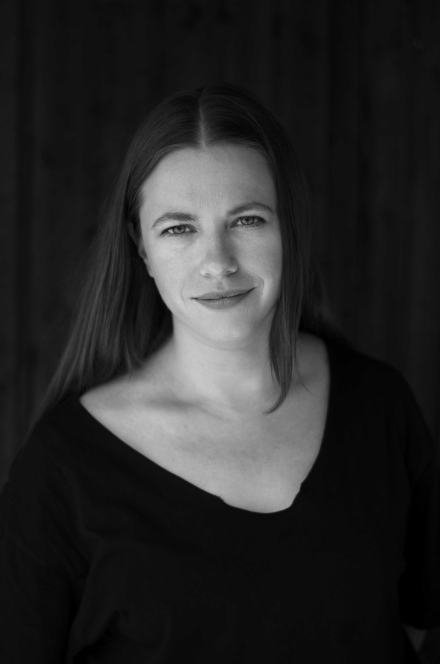 The play Where is everyone? by Mirja Unge is about four young people in a small community. When one of the girls is raped the rumors starts – maybe she deserved what happened?

The Ninth-graders have been reading the play in school. Now they are extra sets of eyes when acting students rehearse. There is a big difference between rehearsing in front of an audience compared to an empty auditorium.

– It's nice to have you here. When we hear the sound of you in the audience, things happen in us as well, says actor Charlie Challis.

During rehearsal the same scene is played twice. First time the ninth grade were sitting in the salon as in a traditional theater. The second time's the sidelines chairs arranged in a square on the stage. The play is played in the middle and the actors sometimes sits down among the spectators and play from there.

– Both ways are good in different ways. As long as we take them seriously it works, says Hedvig Claesson.

The course concludes with the acting students playing the play's first act in front of the pupils. Afterwards they discuss together. In school, teachers are working with values related to the play.