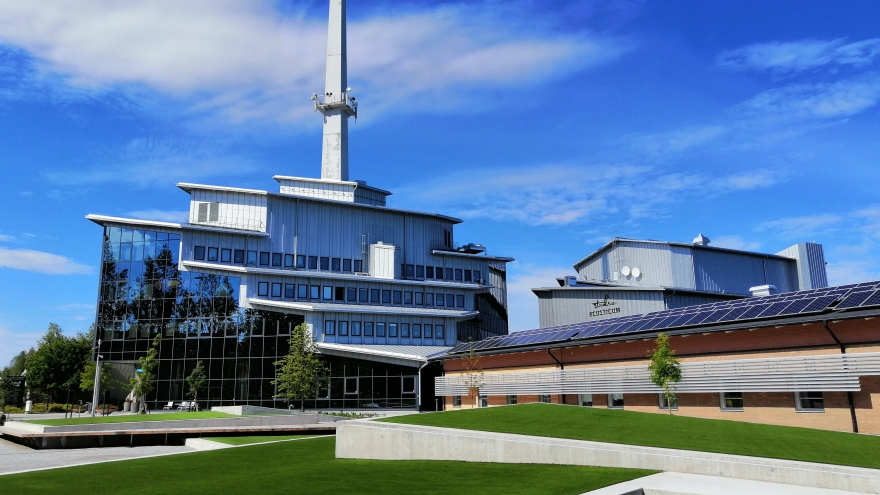 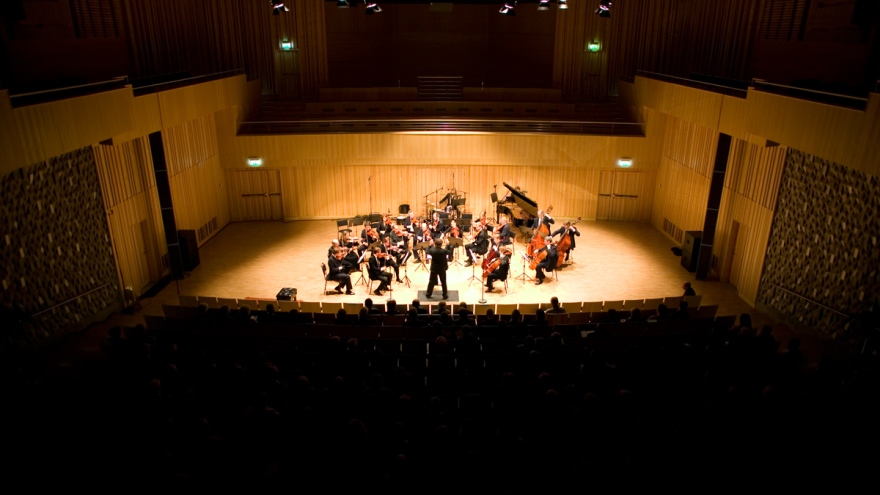 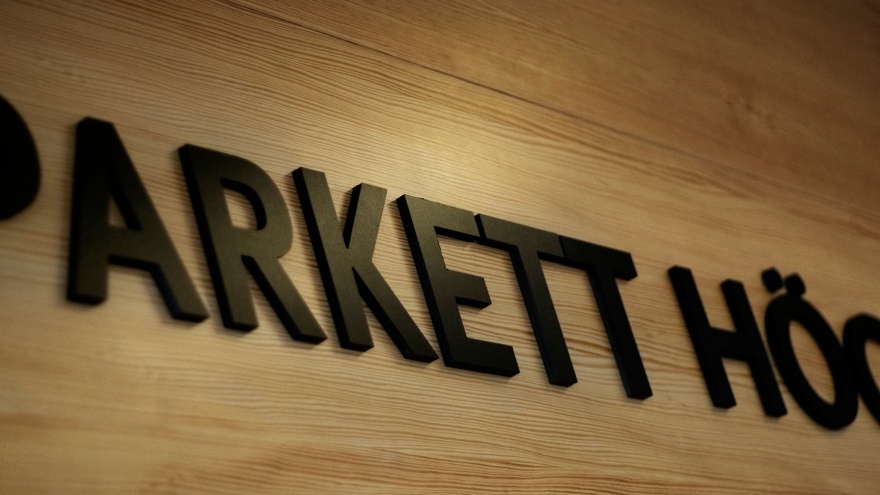 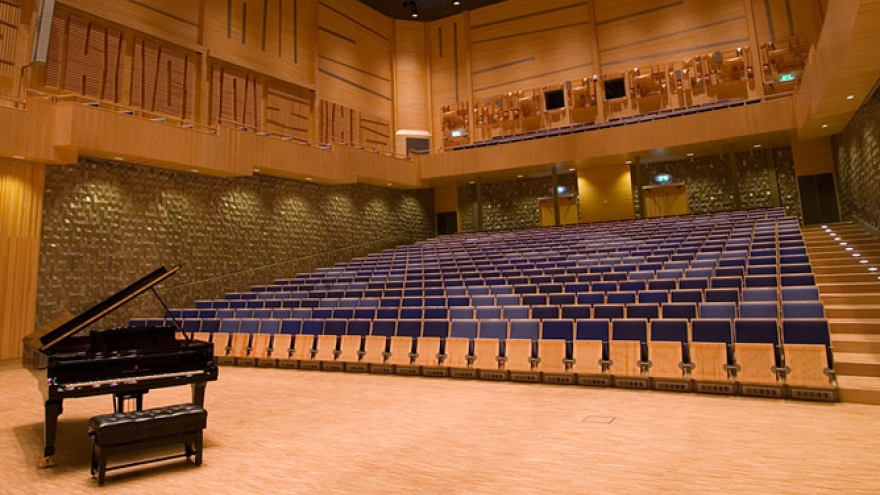 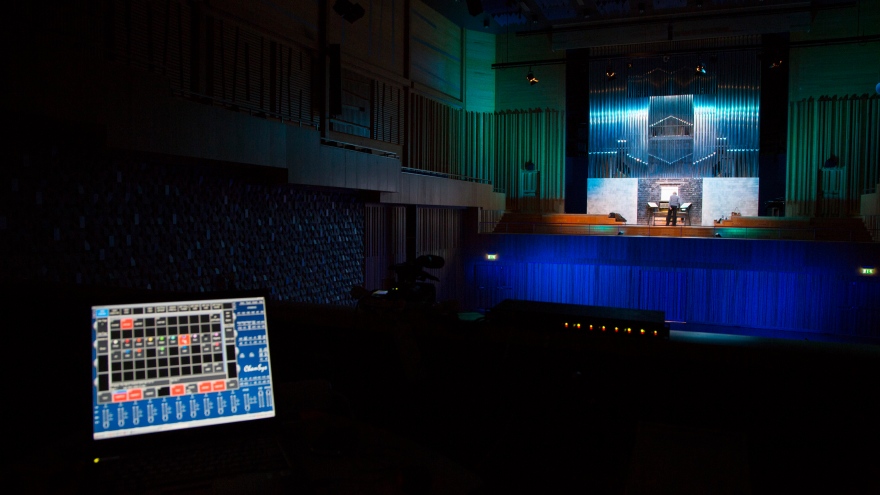 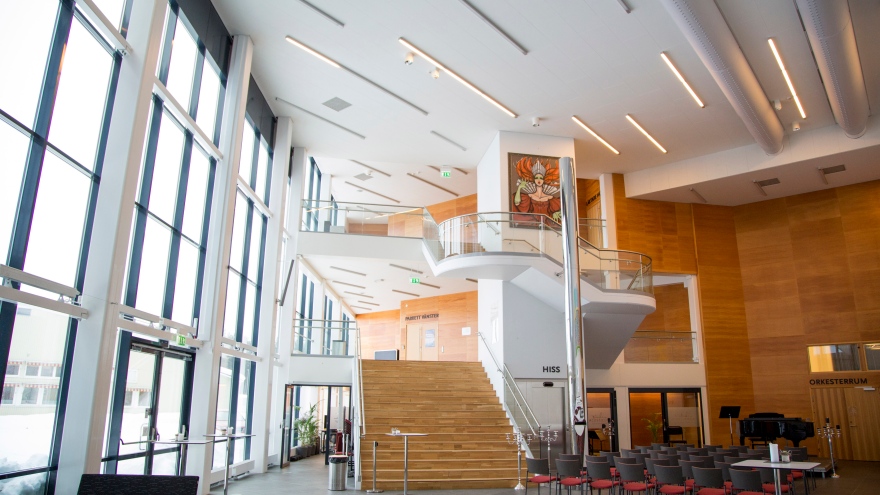 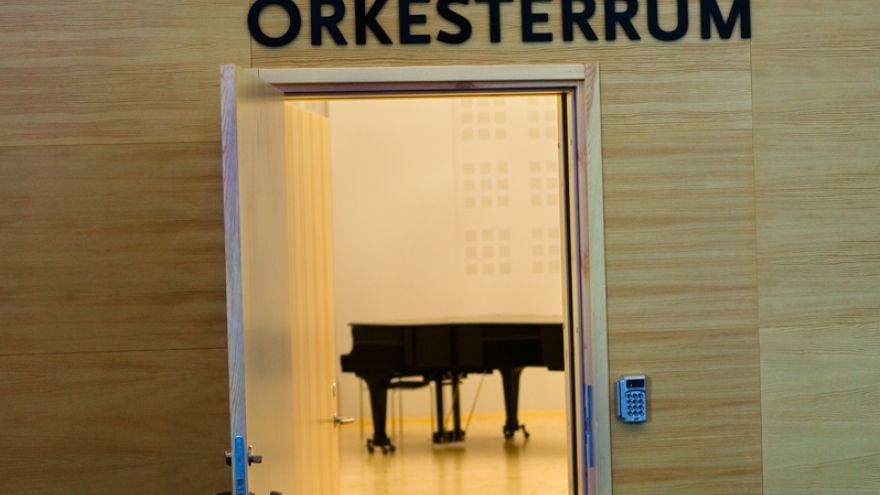 Studio Acusticum is the product of a multi-disciplinary research collaboration in creating one of the finest concert halls in the Nordic region:  a unique hall that serves as both the rehearsal and concert space for students in the International Symphony Orchestra program.

Thanks to the mechanics of the 100-ton ceiling, the ceiling’s height can be adjusted  within a range of five meters.  This means that the musical reverberations of a performance are customized to the needs of acoustic or electronically enhanced music.

The concert hall seats 576, and regardless of how many seats are filled, the design of the seats means that the acoustics remain consistent. The surface of the underside of the seat is perforated, meaning that the upright seat bottom absorbs the same quantity of sound as when a person is seated in the chair.

In addition to the main concert hall, Studio Acusticum includes a Black Box theater; a suitable alternative when the main hall is too large. The Black Box fits 300 standing-room places or 214 seats, and is a space especially well-suited to collaboration between classical orchestras and pop/rock musicians.

At Studio Acusticum, first-class recordings are made possible by the hall’s capacity to serve as both a concert hall as well as a full-sized recording studio. Studio Acusticum is also associated with the School of Music’s studios.

– The concert hall is an extension of the instrument, and an orchestra must have a good hall. It’s a prerequisite for the music to be performed, says Head of Concerts Roger Norén.