As Vice-Chancellor, I would like to formulate our strong support for the people of Ukraine and all our colleagues and students at the universities there.

As part of the international academic community and as a Swedish university and a Swedish authority, it is important that we reflect on our role and our responsibility in this difficult situation. We must clearly stand up for democratic values, condemn Russia's invasion of Ukraine and ensure that our university provides support to researchers from Ukraine.

Luleå University of Technology therefore stands behind The Association of Swedish Higher Education Institutions and European University Associations (EUA) condemnations of the invasion. Our university is also a member of Scholars at risk, an international network of institutions and individuals whose mission is to protect scholars and promote academic freedom, which now acts to support Ukrainian researchers.
A number of initiatives are underway, including from the Polish Academy of Young Scientists, which has developed a tool to collect and disseminate information about support opportunities at academic institutions for scholars fleeing Ukraine.

Higher education institutions build bridges between cultures, nations and people. As a university, we, as defenders of openness, freedom of expression and equality, have an important role when democracy is under attack.
At a briefing today, March 2, Minister for Education Anna Ekström emphasized the important role that higher education institutions have in standing up for knowledge, academic freedom and human rights.

She also announced that the government is calling for immediate cessation of contacts, collaborations with state institutions in Russia and Belarus by universities, colleges and other authorities, as well as for no new contacts or commitments to be initiated.

The university's security team closely monitors developments in Ukraine. We advise against all trips to Russia, we do not accept visits from the country and we are conducting an inventory of existing collaborations – there are a number where individual researchers are involved.

Anna Ekström also pointed out that many scholars in Russia and Belarus, at the risk of their own lives, openly criticize the actions of the Russian government and that it is important that individual Russian and Belarusian researchers are not automatically equated with state institutions.

Luleå University of Technology is a large and international workplace, with employees from all over the world – including Ukraine and Russia. In a situation like this, suspicion of individuals can easily arise, but it is important to distinguish between Putin's abuses of international law and Russian citizens who are part of our society and in most cases are just as appalled by developments as anyone else.

University information on the invasion of Ukraine 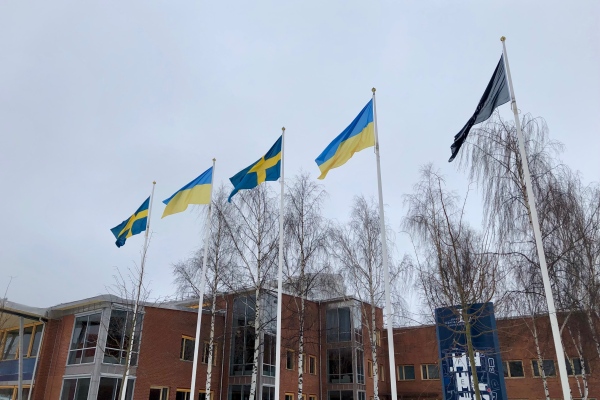 Due to the invasion of Ukraine

2022-03-02 Luleå University of Technology closely monitors developments in Ukraine.
This page contains information and recommendations for students and staff on the situation in Ukraine.

Back to the blog