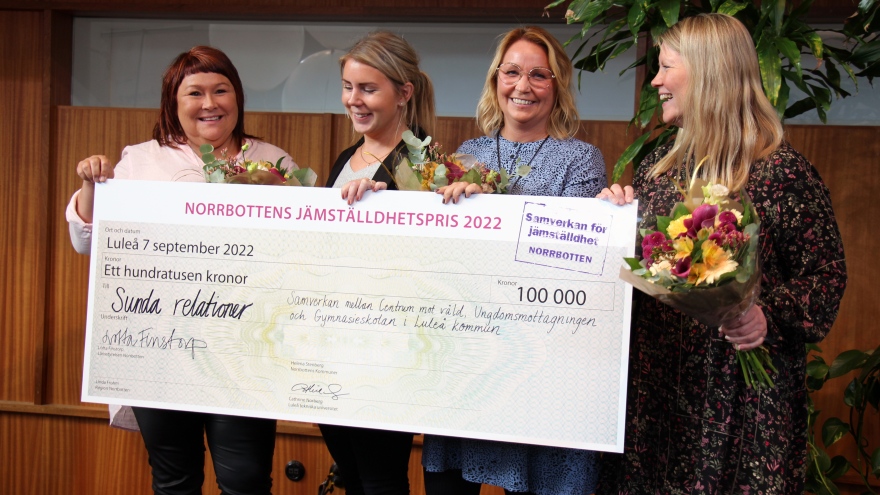 Jennie Hägg-Wilhelmsson, moderator and head of the student department at Luleå University of Technology with Lotta Finnstorp, governor of Norrbotten. 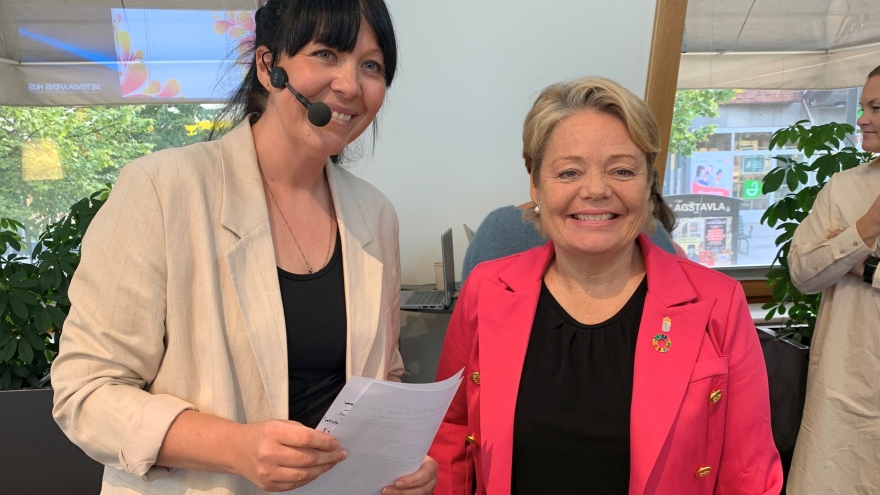 Ellen Nyström and Julia Edbom talked about prejudices and preconceived notions about women and sports, something they also do in the Lockerroom podcast. 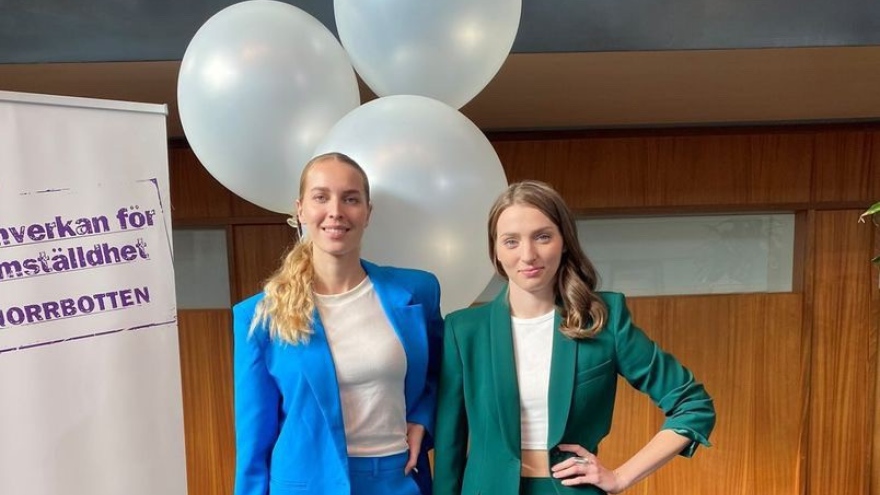 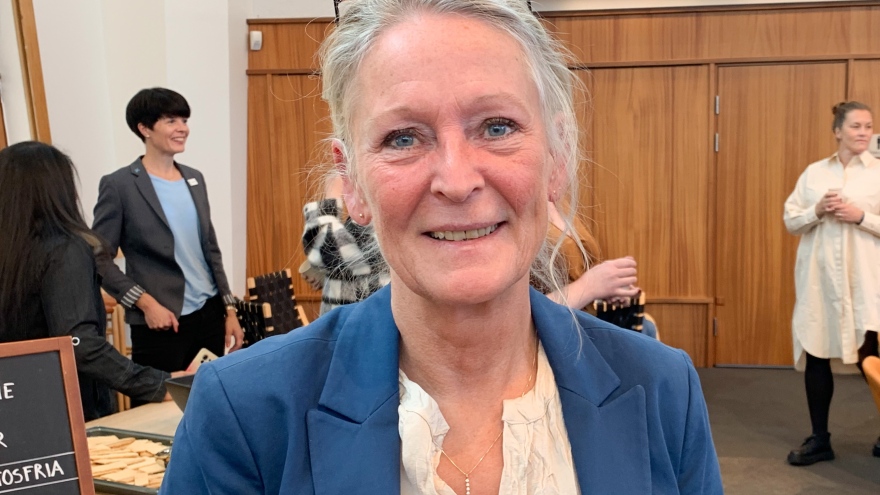 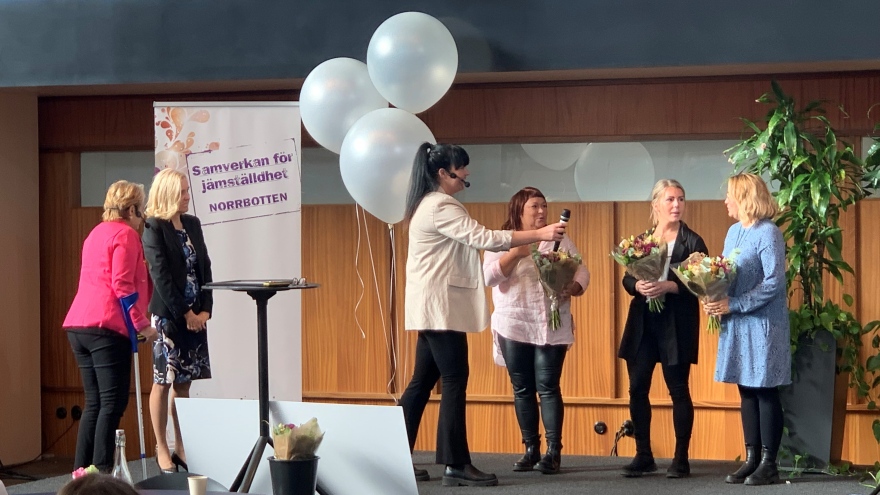 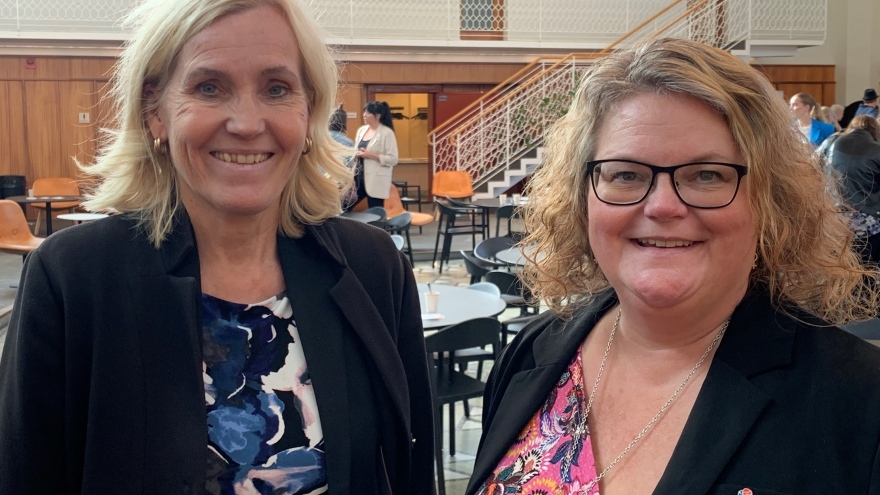 "If Norrbotten is to be attractive to live in, equality is central. You have to feel welcome here, feel that this is where I want to settle down and live my life and you should be able to choose education without gender restrictions, Cathrine Norberg said, Pro Vice -Chancellor at Luleå University of Technology.

"Here in Norrbotten, we say that we hook arms, and it is a matter of survival. If we don´t succeed in gender equality, we will nor succeed in sustainable growth", Lotta Finstorp said, governor of Norrbotten.

Moderator for the regional Equality Day was Jennie Hägg Wilhelmsson, head of the Student Department at Luleå University of Technology.

"In northern Sweden, historically extensive industrial establishments and investments are underway and planned, that contribute to the green transition of society, the climate transition of industry, and the circular economy. But in order for visions and plans to become reality, extensive work is required for gender equality", she said when welcomed the audience.

The university works for greater equality

A contribution to the development of gender equality is Luleå University of Technology's investment in becoming Sweden's most equal university. Maria Jansson, collaboration strategist at Luleå University of Technology who has been assigned to lead that work, explained how the university wants to work to achieve an even gender distribution and gender-neutral educations, in order to create opportunities for more equal career development. She highlighted a couple of recent examples regarding the gender distribution of those admitted. The distribution of men and women was, for example, 24% women and 76% men of those who started civil engineering programs in 2020. For Bachelor programme in Early Years Education in 2021, 94% were women and 6% men.

"Northern Sweden already has a great need for skills today, which is now increasing significantly with the green transition. It should be attractive to study for example Bachelor programme in Early Years Education and Master of Engineering, regardless of gender", she said .

More of the program on Equality Day: The situation with equality in Sweden? with Clara Berglund, Secretary General of The Swedish Women's Lobby's secretariat, and Investera smart. Now. But preferably yesterday with Ellen Nyström and Julia Edbom. They make the Lockerroom podcast, which is a platform for important social issues that directly or indirectly affect and touch the athlete and sports performance. A program item that really touched one´s feeling, was when the deputy local area manager in Luleå-Boden,  the policeofficer Jonas Sköld, talked about the police's work regarding men's violence against women, one of two priority areas for the police in whole of Sweden right now, the second one is gang crime.

" For the police in Norrbotten, men's violence against women is a crime area that stands out, as in several other parts of the country, and it has had a negative development. We need to deal with that, the problem with gang crime is not as big here, he said

Since 2015, the regional actors Länsstyrelsen, Region Norrbotten, Luleå University of Technology and Norrbotten Municipalities have cooperated and financed Norrbotten's equality prize with an annual prize sum of SEK 100,000 thousand. The prize is awarded annually for well-executed work in the field of gender equality. The jury group that annually decides on the winner of this year's gender equality award consists of Linda Frohm, regional council and Helena Stenberg, Norrbotten's municipalities, as well as Lotta Finstorp, Landshövding and Cathrine Norberg, Pro Vice-Chancellor at Luleå University of Technology.

This year it was the Centrum mot våld, Ungdomsmottagningen och Gymnasieskolan in Luleå municipality that was awarded SEK 100,000 for the concept of Healthy Relationships and the work to prevent violence in young people's close relationships. Healthy relationships make visible, among other things, that men are responsible for most of the violence and therefore need to contribute to changing destructive norms. An important part of the efforts is support for perpetrators of violence. Anna Morin, Anneli Forsberg, Catarina Jonsson and Jessica Kemi accepted the award.

" This year's award winner focuses on efforts that can save lives in the long run. Through this work, attention is drawn to one of the absolute biggest challenges facing the world and Sweden, a task that no one can solve on their own. In this collaboration, a common approach is taken to prevent violence in young people's close relationships. These parties highlight that men are responsible for most of the violence and therefore have a great responsibility to participate in the change of destructive masculinity norms… ”