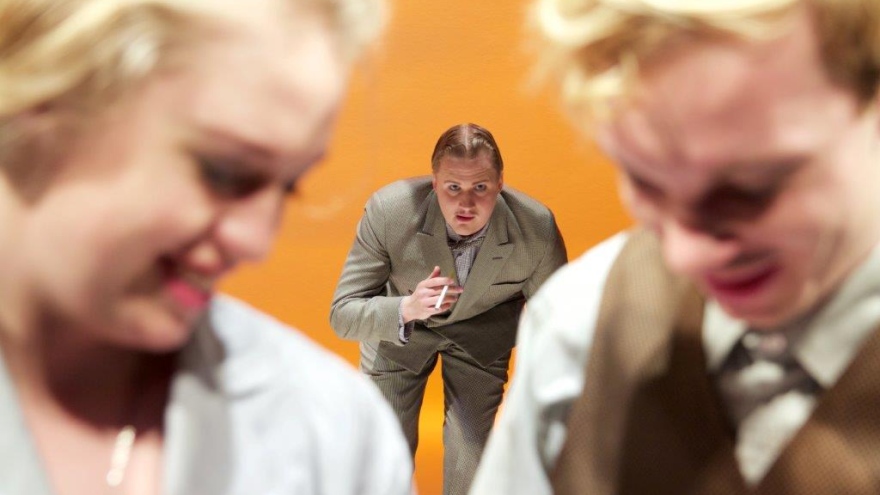 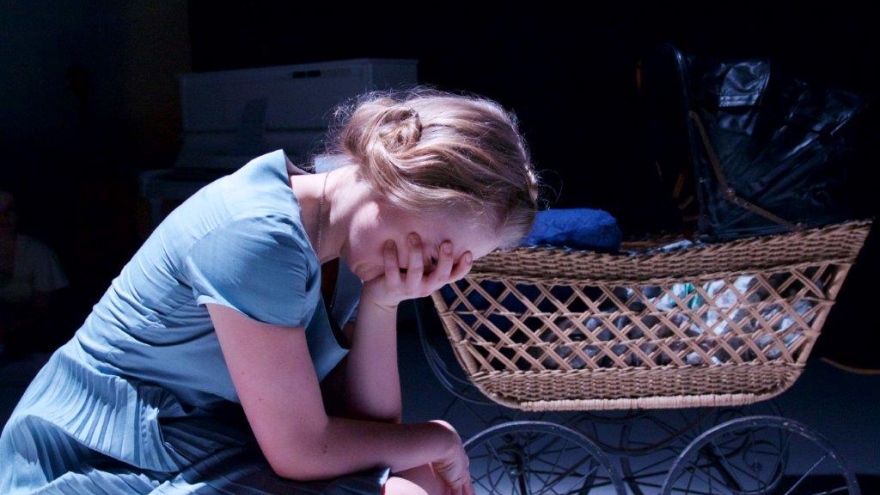 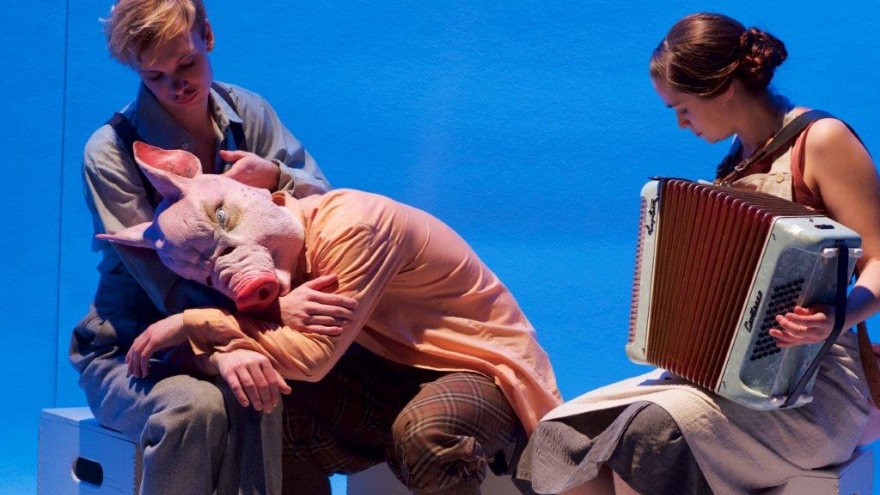 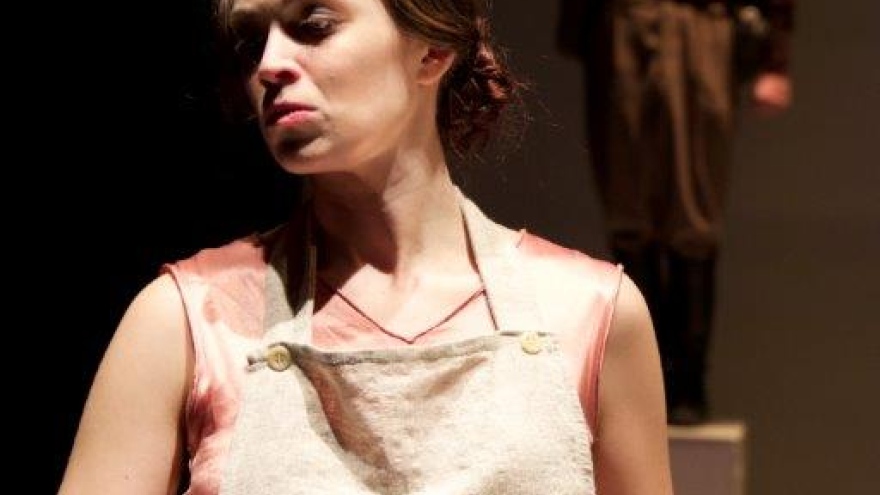 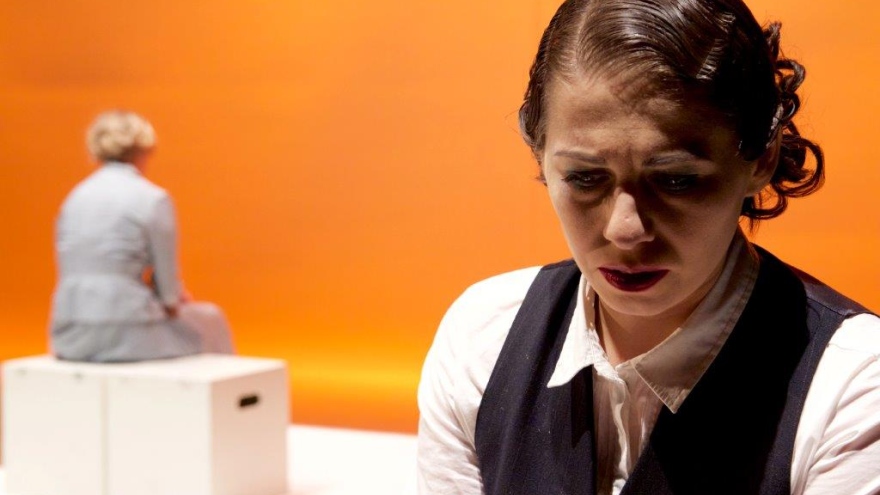 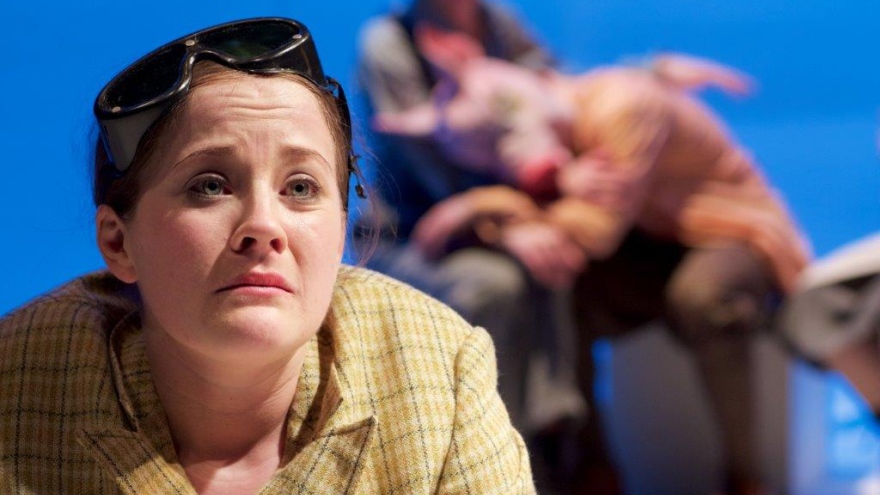 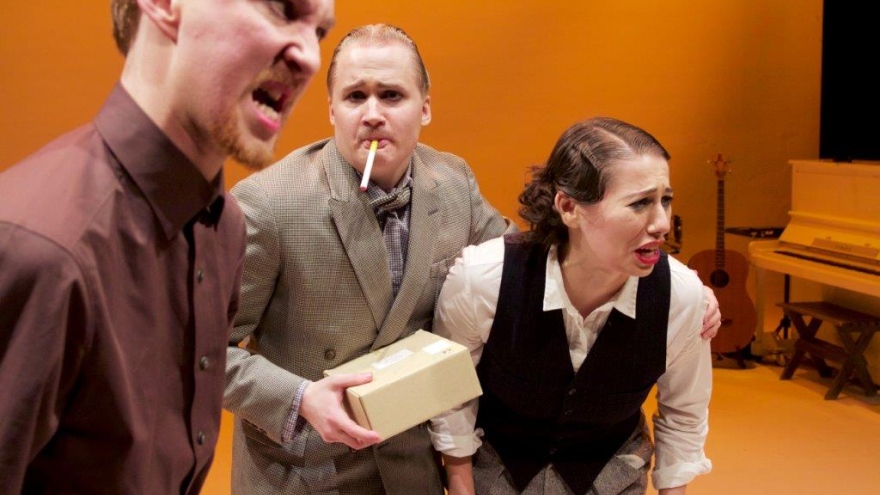 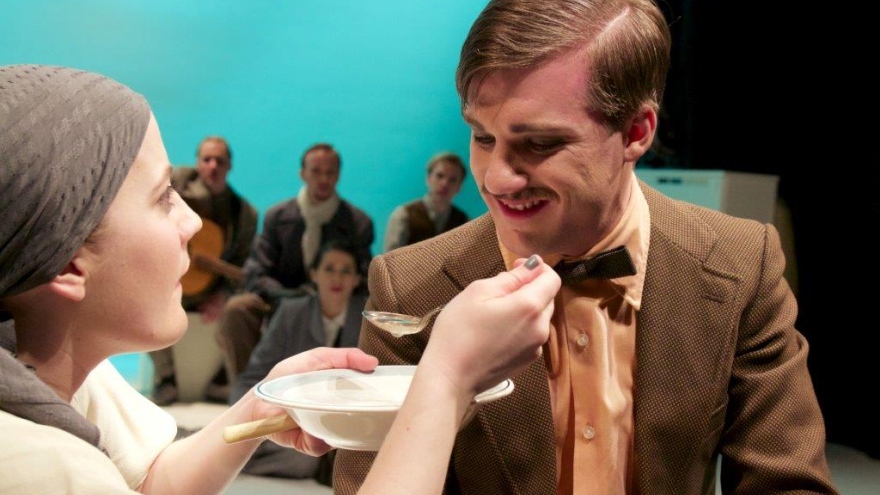 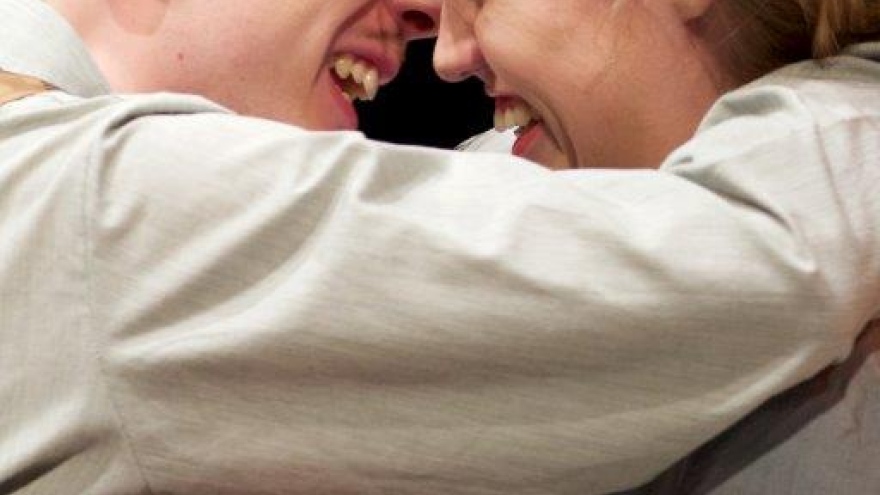 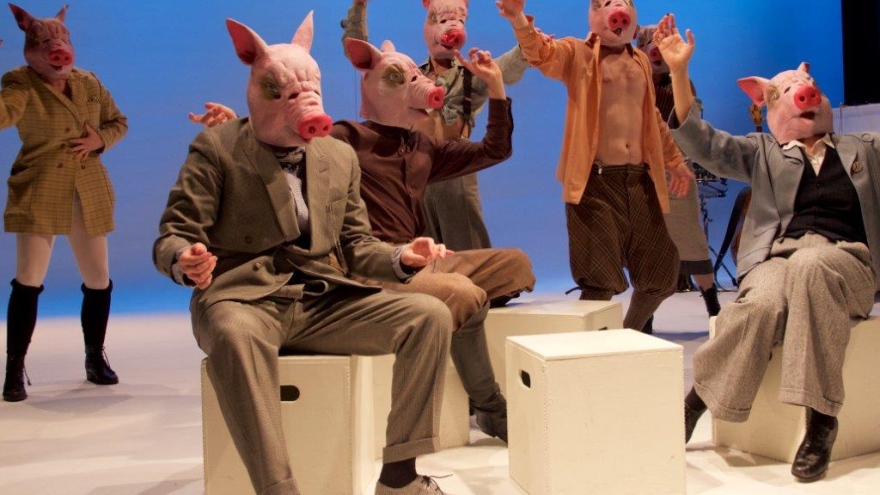 The play Tales from the Vienna Woods revolves around a few people at the turn of the 20s and 30s. One of the characters is the young Marianne reluctantly to marry the neighborhood butcher.

– For me, the woman's place in society become increasingly clear. Marianne tries to change her life, but she can not because the system is built as it is, says actress Rita Hjelm.

It's not just Marianne stuck. The more the play progresses, the farther apart is the characters.

– Because of the racial and gender stereotypical structures, it is not possible for them to come close to each other. Everyone is miserable, says actor Charlie Challis.

At the beginning of the play the actors holds up signs with numbers. In the program sheet, the audience can read what their skills are. The signs are their way creating distance to the situation where they try to sell themselves as an actors to the industry. The play concerns the individual's profitability, many of the characters are or are talking about becoming self-employed.

Charlie Challis plays Mr Zauberkönig who runs a toy store with her daughter Marianne. He is one of the few who only plays a role. Rita Hjelm is playing five roles.

Apart from a few scenes in the second act everybody is on stage all the time. All clothing and character changes take place in public. The audience can catch their breath during the intermission between the acts, but the actors are working intensively to put all the props in the right places.

– It's very tiring to be on the stage all the time, both physically and mentally, says Charlie Challis.

Tales from the Vienna Woods is played until February 21st.

The play's director Alexander Öberg has served as artistic director of Backa Theatre and Theatre Bhopa. This spring he will work at Götebords Stadsteater, directing Karlsson on the Roof starring Krister Henriksson and Nour El Refai in the lead roles.