It is the technical and philosophical faculties at Luleå University that appoints honorary doctors who then receive their doctoral hats  at the academic ceremony to be held in November.

- Catherine Kieri highlights the region in her writing and she puts the focus on young people and the importance of language, at a time when studies show negative trends regarding young people's reading and reading comprehension. We think this is worth attention and emphasis, says Cathrine Norberg , Dean of the Faculty of Arts at Luleå University. 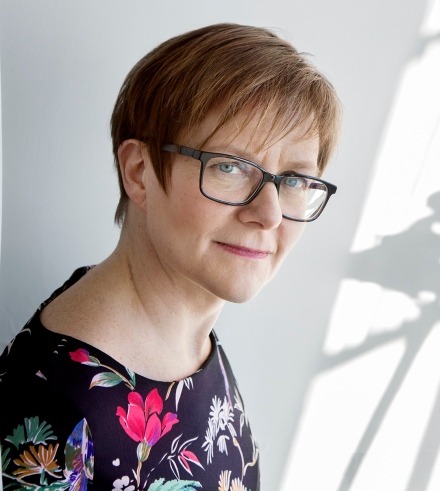 Some of the reasons to appoint Catherine Kieri and Sara Mazur Philosophy honorary doctorates reads:

Catherine Kieri
Kieris writing is characterized by reverence for the written word. She emphasizes language and literature significance for everyone, and says that in a time where young people's reading habits described as problematic, the literature and all other arts be given  a greater value. Her poetic language in descriptions of everyday subjects makes her a singular voice in Swedish literature.

The cooperation with Ericsson Research in Luleåthat  has been led by Mazur, resulted in regional as well as international cooperation projects, for example in mobile services, mining communications and cloud solutions for data centers, but also in valuable exchanges of staff.

The technical faculty choice of honorary doctorates in 2015 fell on CEO Swerea SICOMP, Hans Hansson, who trained as a civil engineer at Luleå University and vice president of Tyréns, responsible for strategic development in the construction sector, Birgitta Olofsson.

Birgitta Olofsson became a civil engineer in 1982 at Luleå University of Technology and was among the first  students graduated from the degree program in Civil Engineering.

Parts of the justifications for the appointment of Hans Hansson and Birgitta Olofsson to be holder of an honorary doctorate reads:

Hans Hansson
In collaboration between the University and Swerea SICOMP a large amount of theses and project courses has been conducted. Swerea SICOMP has funded ten doctoral students at Luleå University. A number of shared services has also been established, and as further proof of the strong ties forged between the parties and that this interaction is of the highest quality, 14 people awarded doctorates at Luleå University are working at the Institute today.

The university professors in research subjects Fluid, Wood and Bionanocomposites, Computer Aided Design and Energy technique has previously been employed at Swerea SICOMP. Hansson has also stimulated and made possible the creation of joint research and competence centers. This has resulted in a major commitment for the university, for example within Swedish wind power technology center as well as in the establishment of the joint competence center Composite Centre Sweden.