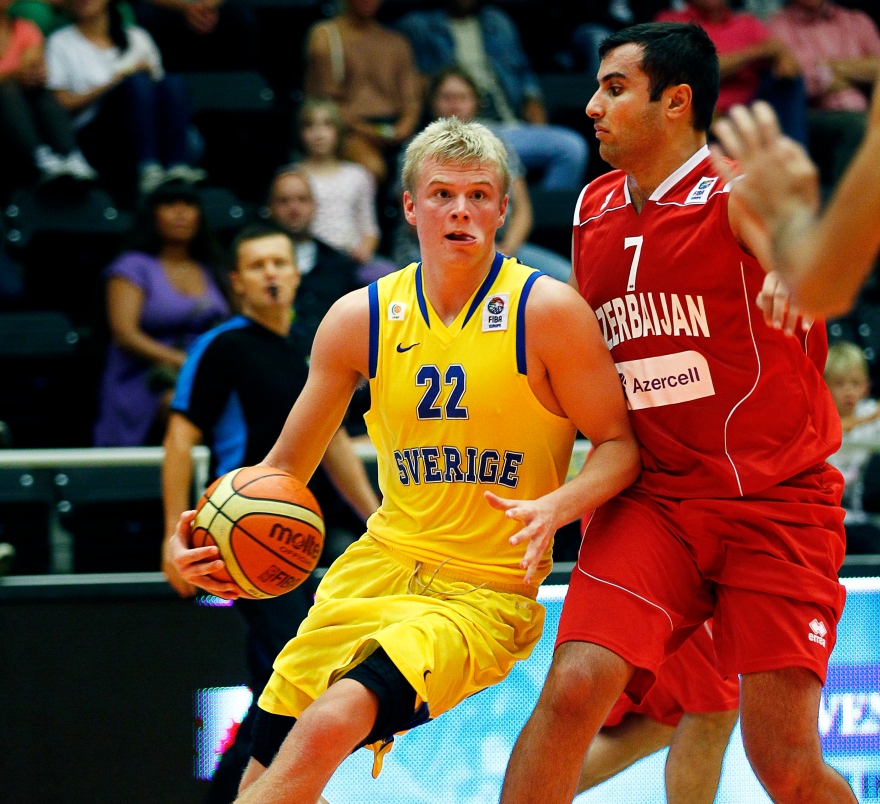 - BC Luleå is a good basketball team and Luleå University of Technology, a good education option, says Anton Saks.

It all became clear on Monday so nowhe has  to plan for a quick packing and head to Lulea. On Wednesday, there are about 2 500 students arriving, to register for this autumn different courses at Luleå University of Technology. One of them is Anton Saks.

When he was told that he had been admitted to the three-year Bachelor Programme in Business and Economics at Luleå University of Technology, he lifted up the phone right away and called the BC coach Peter Öqvist. That call was definitely one of the most important club had faced this season. The contract with BC is now clear. Anton Saks has signed a one-year contract, but it may be longer. The two-meter tall striker from the club Norrkoping Dolphins and has been the starting player in the squad. Chronic tendinitis has meant that he has not played for two seasons, but now he operated, rehabilitated and ready for play.

- It feels great to get to Lulea, says Anton Saks.

The coach of BC Luleå, Peter Öqvist have very positive experiences with players who combined basketball at an elite level and university studies. Even now, two of the players in BC Luleå, Erik Edin (shooting guard) and Arvid Isaksson (power forward), are students at the Master Programme in Fire Engineering Master and in Mechanical Engineering, at Luleå University of Technology. The national coach for the national women's basketball, Lasse Johansson has a in PhD Energy Engineering at Luleå University of Technology.

- It is quite excellent to combine elite sport with university studies. It may be advantageous to completely disconnect the basket and focused on another important during the day. Full college idea in the US is based on close cooperation between sports and studies, so this works well for US players too, says Peter Öqvist.