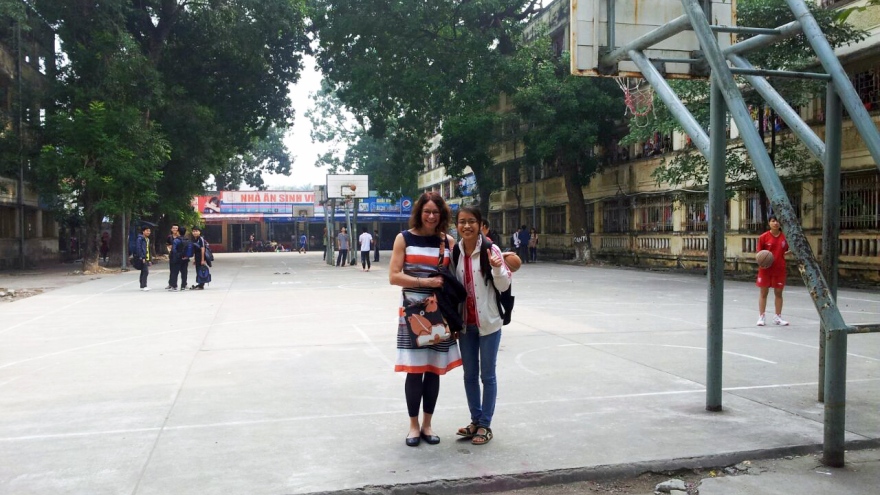 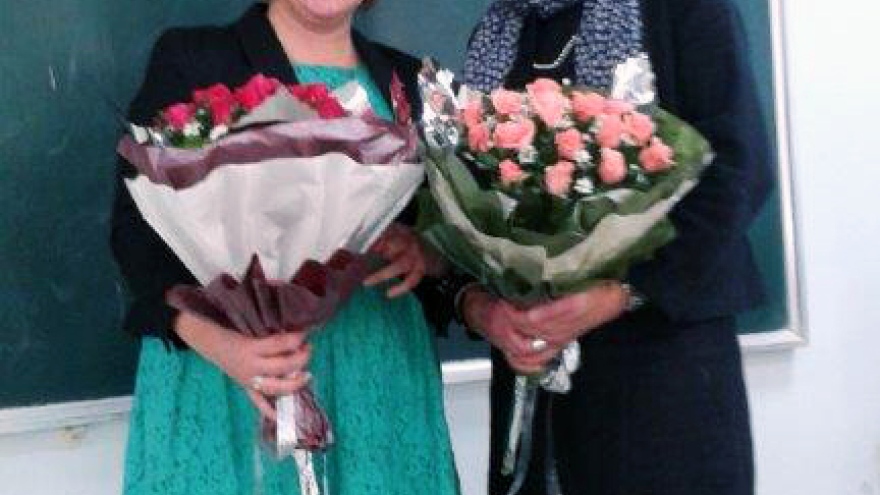 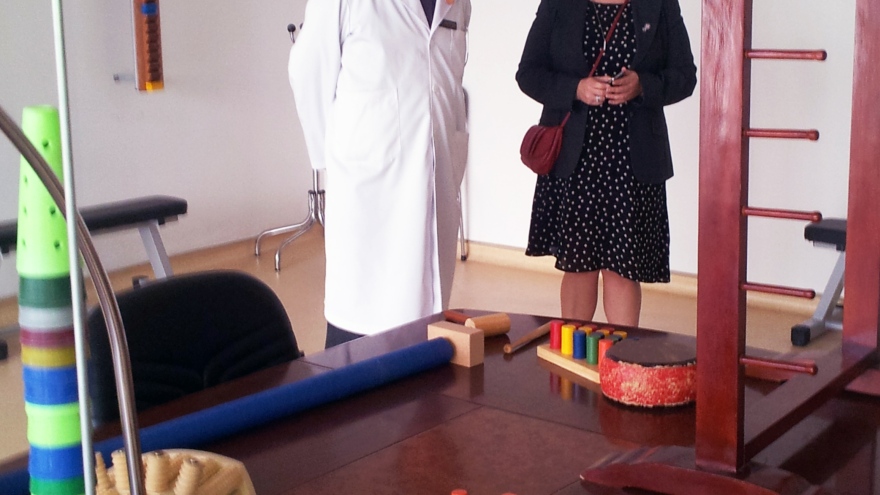 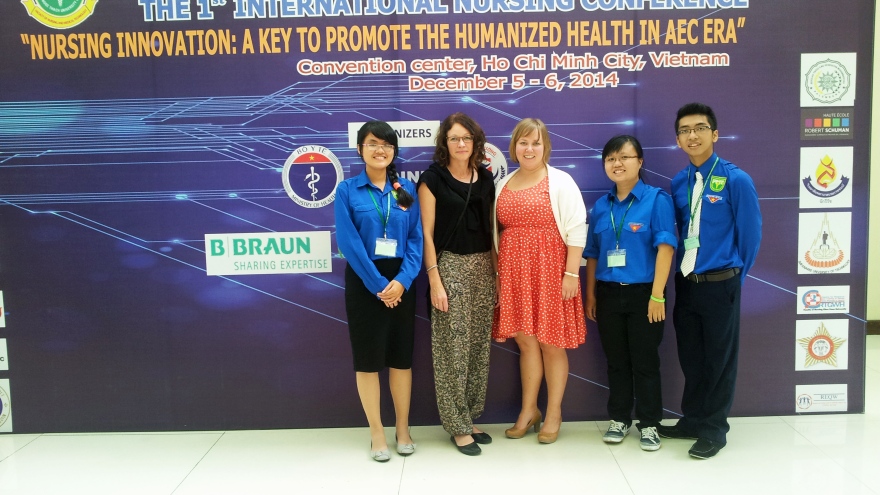 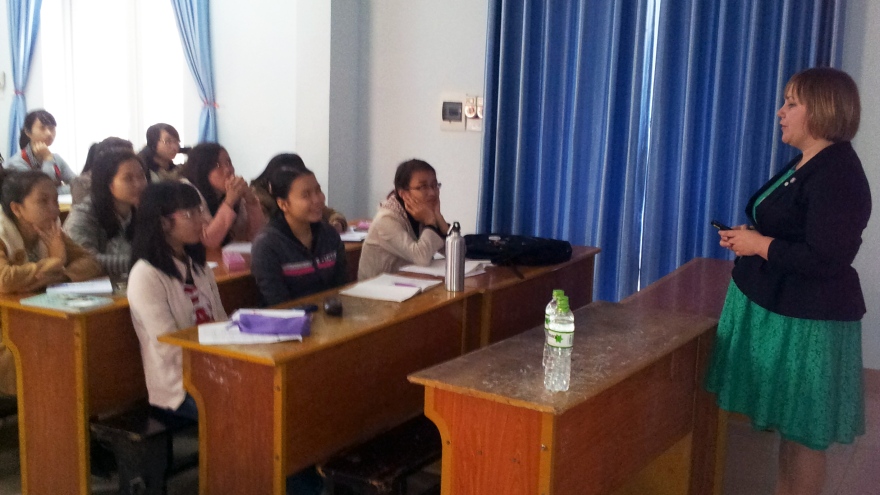 Once in place, the newly arrived Swedish teachers took on a cultural challange and rented a moped to get around the city easily. What was needed was a helmet, mask and scarf.
– The traffic is an organized chaos and you never look back, only forward, says Malin Henriksson, who liked the challenge and thrill of the traffic.

The very first day they experienced a so-called Teacher's Day, where students give gifts and flowers to honor their teachers and show appreciation for everything they taught them.
– We were each given a large bouquet of flowers, which we had not expected. It's a tradition we like to bring back to Sweden, Malin laughs.
– The teachers are very respected and will be served in a different way than we're used to, for example, the students serve them water and tea each morning,  Päivi Juuso continues.

Classes is preformed six days a week, and the swedish teachers focused their teaching on qualitative method and homecare, based their own research. The classes consisted of 20-30 students, who were initially shy but after a while showed great interest and curiosity.
– There were lot of interaction in the classroom, which is great fun and stimulating for us as teachers, says Päivi.

Student education is based on American literature and Malin and Päivi tried to convey a Swedish perspective.
– They have extensive knowledge of international perspective and can relate to how it is based on their own context. It's something we were impressed by, and they are curious to learn more, says Päivi.

They were also invited by some students to look at the campus residences. A dormitory was about 35 square meters and was shared by 10 students. There were five bunk beds and clothes were hung on ropes from the ceiling.
– It is difficult for us to understand how they can live that way, but they are accustomed to a close living. They are very family oriented and it shows when a family member is hospitalized, then the whole family play a big role. Unlike us who put a virtue in managing ourselves, says Malin.

Malin and Päivi definitely believe that a cooperation would benefit both universities and that there is much to learn from each other.
– They are skilled at using quantitative methods in the education and we can supplement our knowledge of qualitative methods, says Päivi.
– We have also had interesting discussions with colleagues regarding work with syllabi and examinations, Malin continues.

In the spring, two teachers from Hanoi Medical University are arriving to educate nursing students and continue the work of finding ways for a student exchange.

– The restrictions for a student exchange is that we do not perform teaching in English. It's something we already work with and will develop, says Malin.

LTU in Vietnam
Read their blog