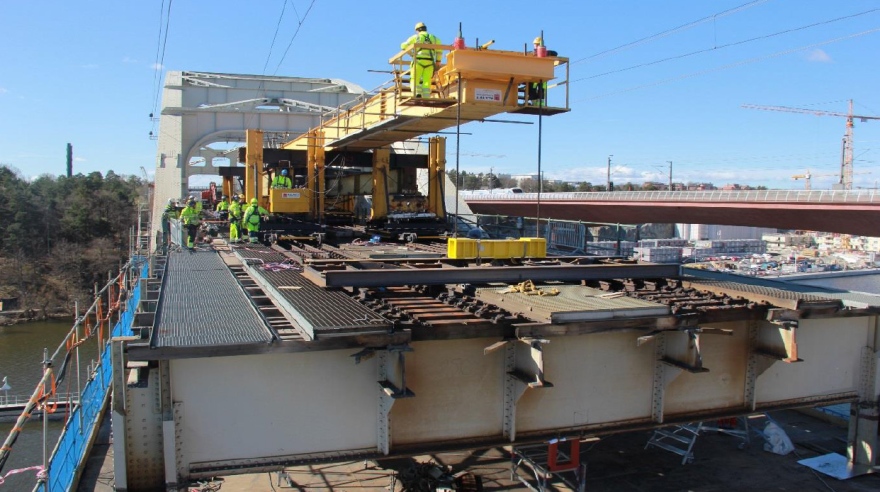 The project is about how to extend the life of existing bridges. The increased traffic loads and tougher standards require that today's aging bridges are maintained with more efficient solutions and that the reinforcement of existing bridges will be increasingly important in the future.

–  For every bridge we build, we have less to build but one more to maintain, says Peter Collins, Professor in Structural Engineering at Luleå University of Technology.

Rust and cracks are the most common problems of aging bridges in the EU. During the workshop, presented various national issues; In Austria, the budget differ between bridges depending on their "celebrity status". A well-known bridge in Austria has no problems with the budget to gain or maintenance while maintenance is an unknown bridge can be set aside.

Previous projects with focus on bridge maintenance and sustainable solutions was presented by Lennart Elfgren, professor at Luleå University of Technology. He talked about earlier projects he has been involved in, several full-scale tests on bridges. Among these was a rail bridge set aside in with Bothnia Line In Örnsköldsvik. Reinforcements were carried out on the bridge before the test, to prevent a common Bend Fracture. Researchers from several nations were there to monitor and analyze the test.

–  By sharing experiences among different countries and different actors benefit from developments in the area, says Peter Collin.