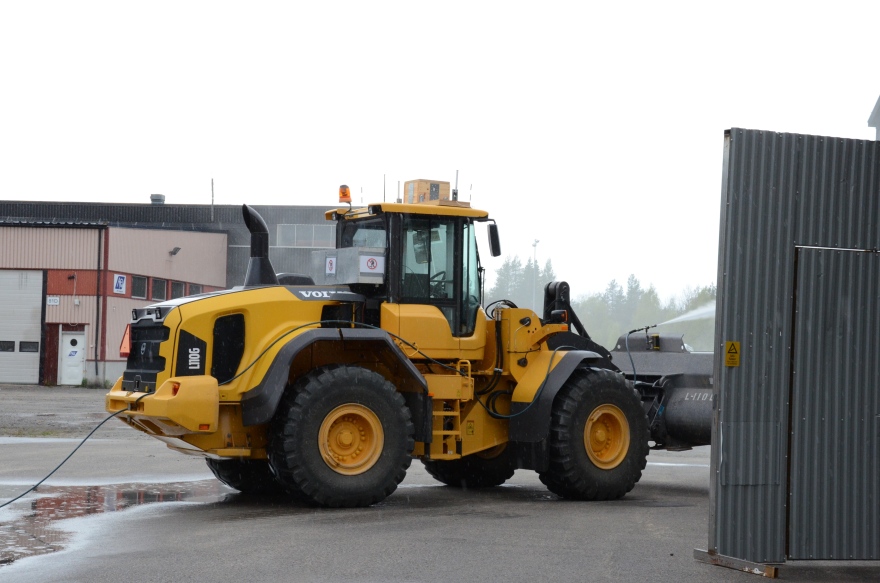 When there's a fire in a mine, you have to quickly evacuate the mine staff and begin extinguishing efforts. In order to expedite the work, remote-controlled vehicles, which are becoming increasingly common in Swedish mines, could be transformed into fire fighting units.

The idea was born back in 2013 when Luleå University of Technology was contacted by the fire department in Luleå when there was a fire at SSAB. The fire department wanted help with a remote inspection of the fire.

A radio-controlled car equipped with antenna and amplifier, camera and a smartphone with a video link to the operator, was rapidly built up and brought to the scene. The car was never used but the incident was the start of a collaboration between the university and the fire department in Luleå.

Research in remote-controlled vehicles and automation in mining environments, is already carried out at Luleå University of Technology.

– We have many years of recognized expertise in automation and remote-control of vehicles in mining applications, says Ulf Andersson at the research subject Automatic control.

Together with Boliden Minerals, Volvo Construction Equipment AB, Cold Cut Systems AB, Örebro University, Robotdalen and the fire department in Luleå, Luleå University of Technology participated in a pilot study investigating the oppurtunities for further research. And earlier this year, there was a final demonstration based on the assignment in the pilot study.

– The fire department simulated smoke and our remote-controlled wheel loader, equipped with a cutting extinguisher and a thermal camera, says Ulf Andersson.

– For the university's part, the pilot study resulted in important new affiliates on a national level. Hopefully these collaborations will continue.