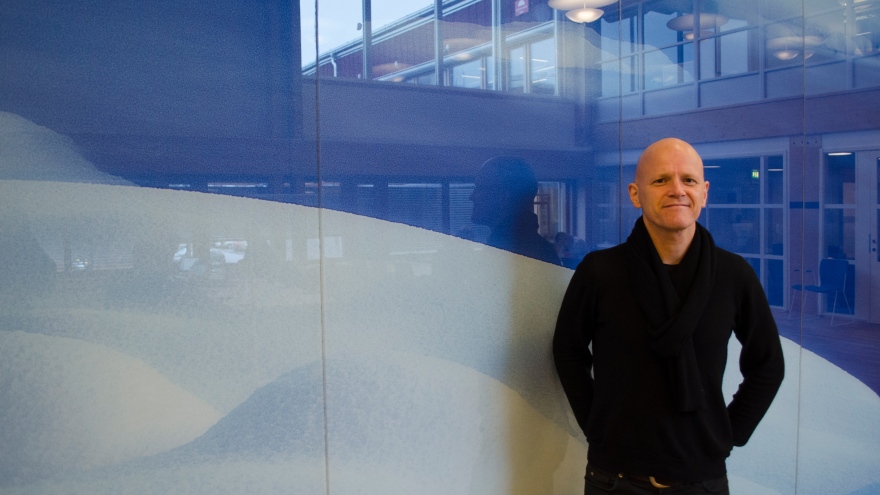 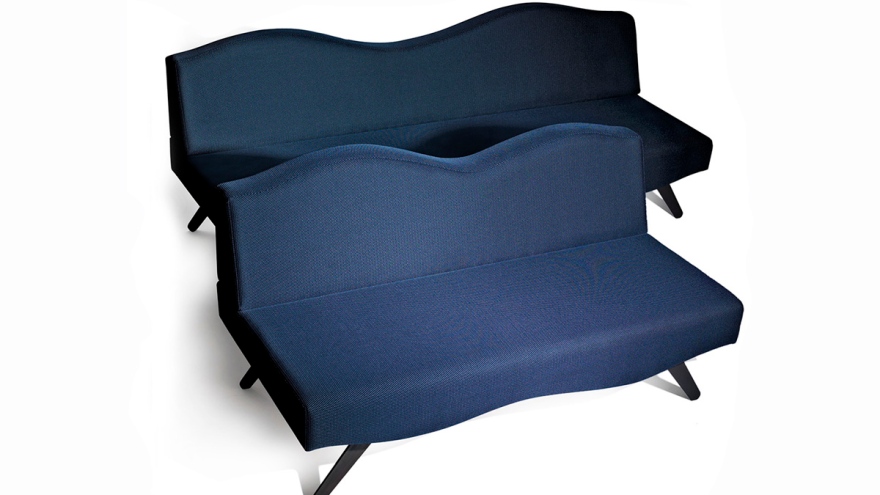 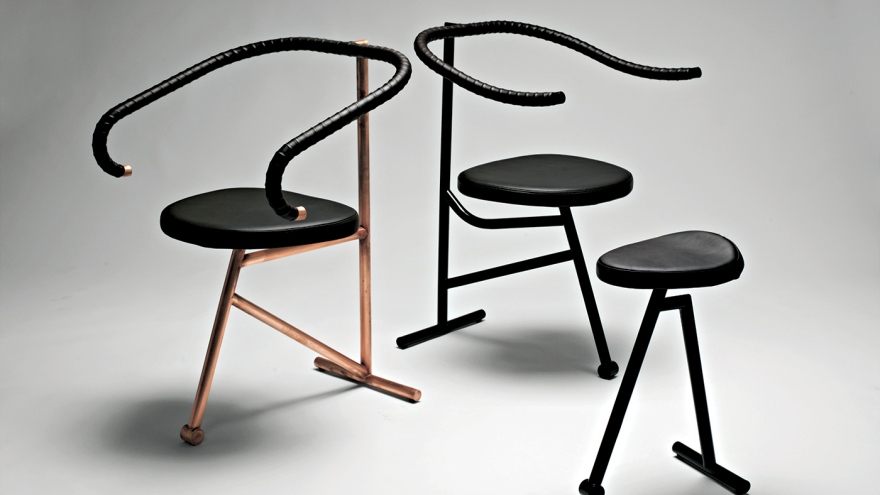 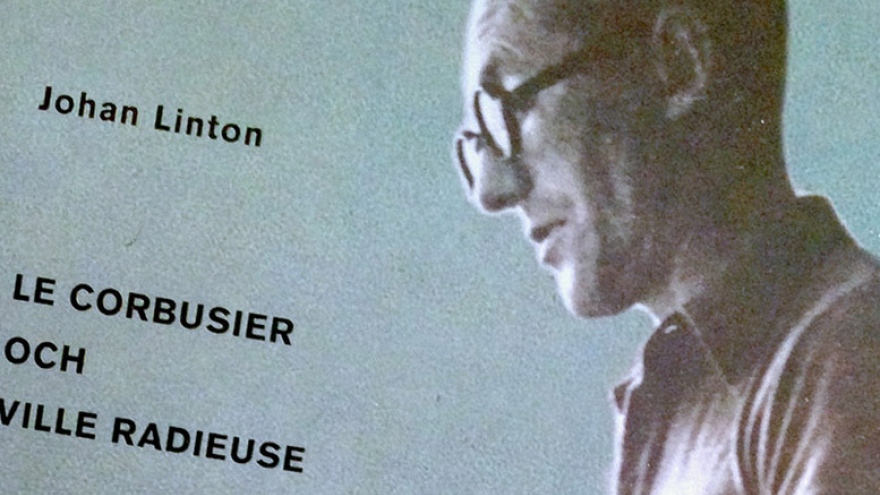 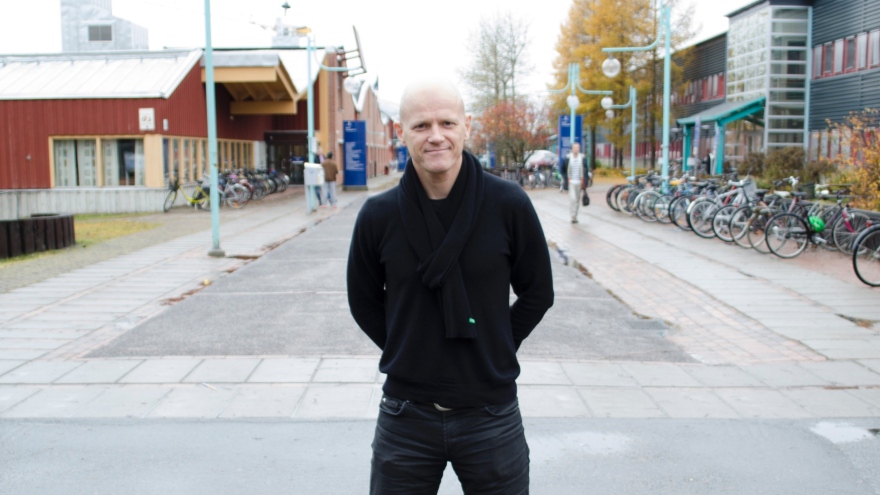 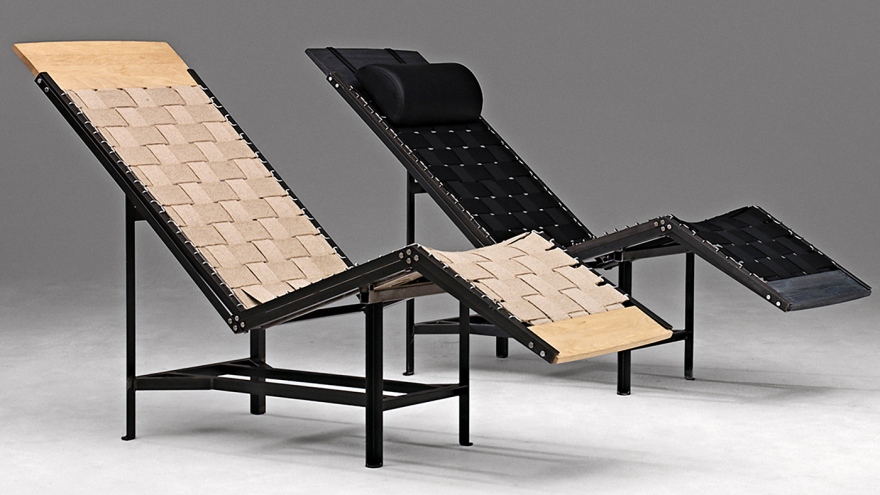 You are an architect but you also have an MSc degree in engineering physics. How did that come about

"I was good at maths and physics at high school and because I didn't really know which career path to take, engineering physics was a natural choice. However, once I began my course at Chalmers University in Gothenburg, I realized that architecture was also a possibility and the desire to devote myself to that became so strong that I changed direction. I finished my education in engineering physics anyway and wrote my thesis on applied mathematics: a study of mathematical references used in architecture."

Can you tell us a little about your background in furniture design?

"I'm trained as an architect, so it was partly by chance that I began to work with furniture. I came into contact with the innovative furniture producer, Sven Lundh, who developed the company Källemo and we did a number of projects together. One of these, the recliner Caravaggio was presented in the Swedish-Italian publication Linton Lundh, Caravaggio published in 2004."

What will your teaching be about?

"I was employed by Luleå University of Technology to ensure that students got a good understanding of international architecture and architectural history. In order to work in the field of building design, with its long and rich history, it is necessary to gain knowledge about how this rich heritage emerged and understand how it is present today. Even if you don't think about it everyday, today's buildings are connected to ideas and precedents from ancient times. Many buildings constructed in earlier times are better than those which we are building now. Without knowledge of these earlier constructions, architects and builders lack the basic vocabulary they require. Furthermore, these skills are of course required when working on the maintenance and conversion of older buildings. I think that the university is investing funds correctly if it wants the students to have good knowledge in this area."

What is exciting about Le Corbusier?

"Many things. He was in a lot of ways Modernism's most prominent figure, which means that he developed and formulated thoughts about buildings that we still use today. On a local level, he was by far the most influential architect for Swedish architecture during the 1900s. He was also a universal figure who combined work from many disciplines: architecture, urban planning, writing, furniture design, painting, sculpture and graphic design, to name the most important. Moreover, he was a controversial character and the critical discussion on how to understand and value his contributions is still relevant."

Which other areas of architectural history have you worked on?

"I have also been interested in contemporary architecture, not least in Sweden. I have written about Gert Wingårdh on several occasions and I wrote the first international publication about the architects Bolle Tham and Martin Videgård, a book that was published by Birkhäuser in 2011. In addition, I have a great interest in the Italian Renaissance and the Baroque period. In 2008, at the time of the internationally acclaimed 500-year anniversary of Andrea Palladio's birth, I was responsible for the only Swedish publication about the event. There was a 130 page section in the cultural magazine Arche (Psykoanalytisk Tid/Skrift) where, among other things, I interviewed several Swedish contemporary architects about their opinions of their 500 year old colleague."

And what is your impression of the architecture program at Luleå University of Technology so far?

"I have had a very good impression of the program. It has a good serious atmosphere with talented students. If the focus on architecture-related topics is maintained, I believe that the university's engineering students will become increasingly attractive in areas where technology and architecture meet, both in Sweden and internationally."

From Wikipedia: Le Corbusier, pseudonym of Charles-Edouard Jeanneret, born 6 October 1887 in Switzerland, died August 27, 1965 in France, was a Swiss-French self-taught architect, artist and writer. Le Corbusier is considered to be modernism's foremost theorist and one of its main style creators.