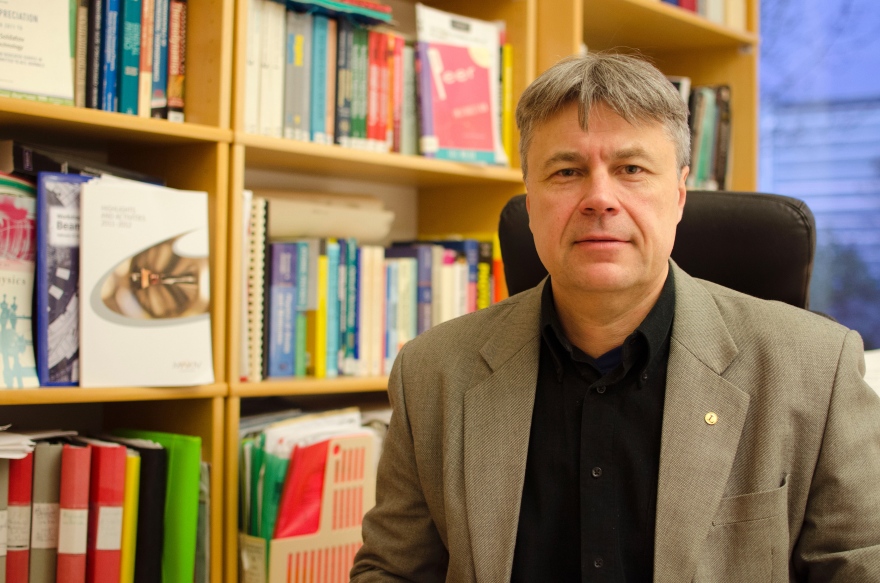 In high pressure research, materials are studied under extreme pressure conditions, which is necessary to understand the constraints, opportunities and properties of different materials. Also studies of the Earth structure, planetary science and the evolution of the universe are covered by the broad spectrum of research at extreme pressures.

AIRAPT is a leading international association of high pressure researchers and their Executive Committee currently consists of 13 prominent scientists from around the world, where Alexander Soldatov, professor in Experimental Physics at Luleå University of Technology, has been elected at the general assembly of AIRAPT held in September 2015 in Madrid. AIRAPT, which recently had its 50th anniversary, organizes the premier conferences in the high pressure research community and every second year they award the prestigious Bridgman* Award.

– It feels great to be elected to the committee and it is a confirmation that the high pressure research at Luleå University of Technology is of good quality and that it is well recognized internationally, says Alexander Soldatov.

Alexander Soldatov’s group conducts research on molecular crystals, superconductors, cellulose and tribological materials, but their focus is on nanostructured carbon. Among other things, they have worked a lot with the super material graphene that could revolutionize the world’s materials industry. The single- and few layers graphene is flexible, light, and hundreds of times stronger than steel and it is only very recently it became possible to produce graphene in large quantities.

– Our main focus is to develop advanced carbon-based materials. In collaboration with physicists from Russia, Germany and France, we have studied fullerene, a material made out of nanometer-size soccer ball-like hollow carbon molecules, and we could see that the fullerene under high pressure and high temperature is converted into small packets of graphene. By using such a type of graphene, in metals for example, it is possible to create an extremely durable material that is both hard and elastic. This composite material wear is also reduced by almost 100 times.

– We also conduct research on carbon nanotubes, which can be described as rolled up graphene. Our latest experiments show that these can withstand dynamic pressure of 260 kiloBar (260 thousand times the atmospheric pressure), which is about 200 times more than what a military helmet can handle. So there is great potential for applications of carbon nanotubes, a web of nanotubes can for example act as a super-protection shield against high impact loads, says Professor Alexander Soldatov.

* = Professor Percy Williams Bridgman, Harvard University, who in 1946 received the Nobel Prize in physics for his discoveries in high pressure research. He was the first to construct an apparatus that could generate extremely high pressure.