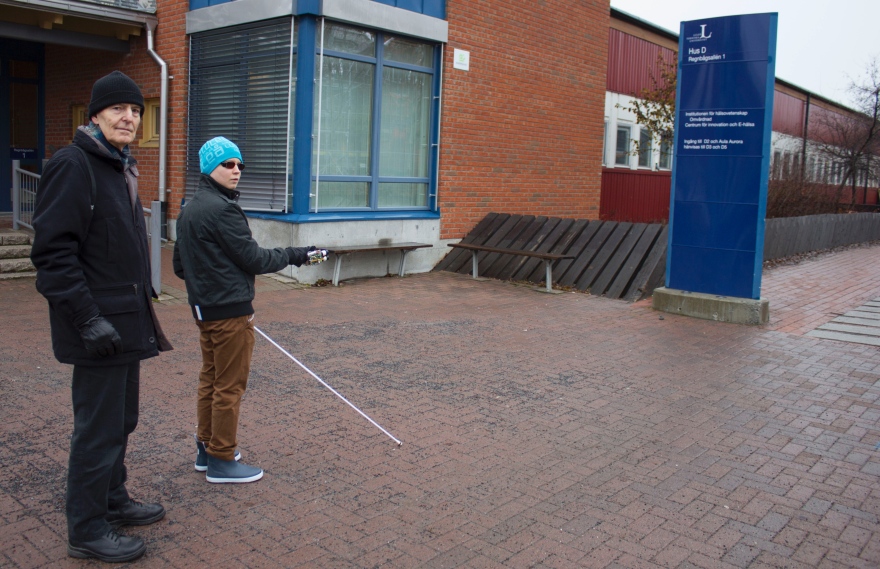 Daniel Innala Ahlmarks doctoral student at the university and himself visually impaired can use the laser to feel the sign in front of him, along with his supervisor Professor Emeritus Kalevi Hyyppä Photo: Leif Nyberg View original picture , opens in new tab/window 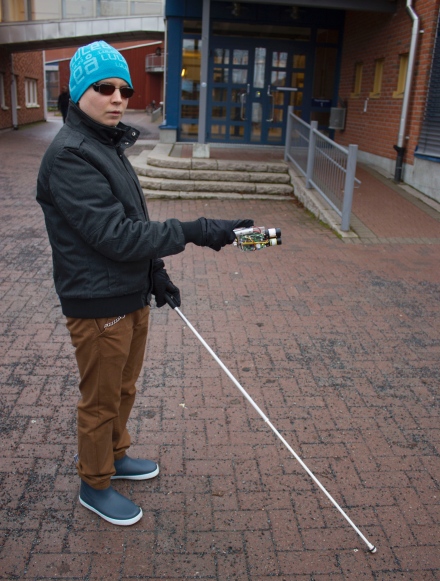 – You have your cane and your ears to orient yourself, but you don't get the details; it's like being in a little bubble. With this laser-based tool one can expand this bubble a lot, says Daniel Innala Ahlmark, PhD student at EISLAB at Luleå University of Technology, himself visually impaired.

In addition to being a potential user, Daniel also has a master's degree in computer science, and is currently programming the system. The idea of a handheld navigation aid arose after he together with his supervisor, professor emeritus Kalevi Hyyppä, worked on the "sighted wheelchair". The wheelchair in question has been used as a research platform for autonomous mobile robots for many years. The "sighted wheelchair" works by measuring distances to objects with a laser rangefinder, enabling visually impaired individuals to use it.
There are many visually impaired people but few are in need of a wheelchair. In light of this, the idea of a handheld device based on laser technology was born. 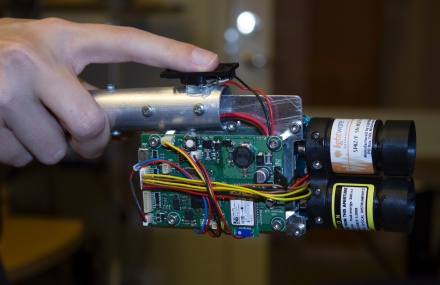 – We are now at a stage where we know how to program the device so that visually impaired users can perceive the distance to objects measured by the laser, states Professor Hyyppä.

The next step in the research and development of the device is to recruit independent visually impaired people to try out the device in a motion lab at the university. The goal is to get about ten participants who by the tests will get an idea of how the device works. An artificial room will be built inside the motion lab. The participants will use the device to find their way into the room, find and sit down on a chair, and then make their way out of the room the same way they entered. The tests will be filmed and the participants interviewed afterwards.

– The motion lab has an advanced optical measurement system making it possible to trace how the participants move and also how they use their hands and feet. What we primarily want to know is how quickly it takes to learn to use the device, says Professor Hyyppä.

The development of this laser-enabled navigation aid was supported by Centrum för medicinsk teknik och fysik (CMTF) at Luleå University of Technology.