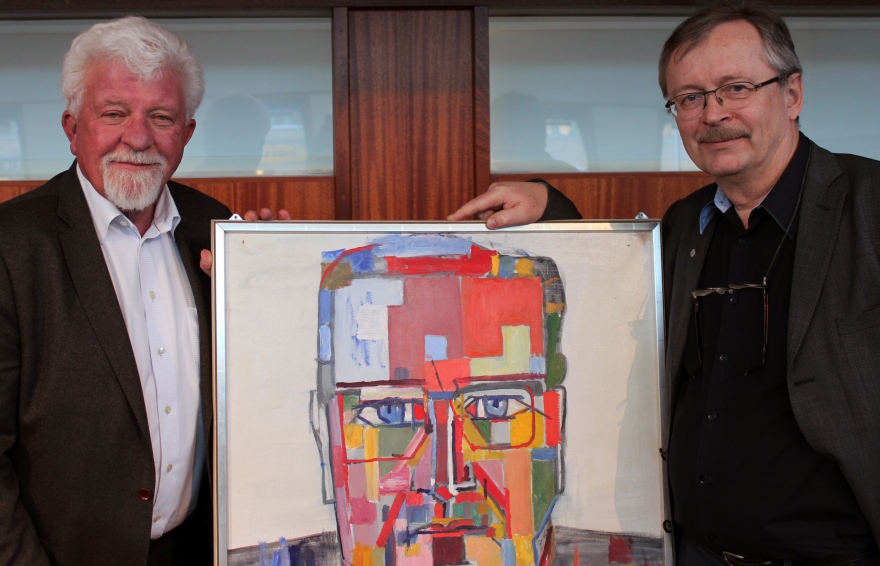 - Sure you can characterize Lassinantti as a social entrepreneur, was the assessment of Håkan Ylinenpää after having gone through the carefully selected literature in the bags.

It is 100 years since Ragnar Lassinantti was born in the village Neistenkangas in Sweden. He came to have great significance for the development of Norrbotten as a police officer, member of parliament and governor. Several arrangements now sees his memory in 2015. Luleå University of Technology was honored to launch throughout the anniversary year.

- I think that Lassinantti was immensely important for the establishment of the university. Without Lassinantti the univerity of technology had been in Umeå. It had meant that the growth which is in Luleå had not come, 'said Rune Andersson.

In addition to its political function Lassinantti also had close relationship with the government that enabled him to support Luleå University of Technology in a particular way, which is not possible today, as when the university needed a further fifty million due to miscalculations for building the Geochechnical Engineering.

- Is that so bad? wondered Lassinantti.

Rune Andersson told how he himself had to sit there while Lassinantti went away and rang. Then he came back.

- I've talked to Sträng (Gunnar Sträng. Minister of Finance). It is clear with fifty million.

It was then Rune Andersson really got clear about the incredibly strong position Lassinantti had in the Government. 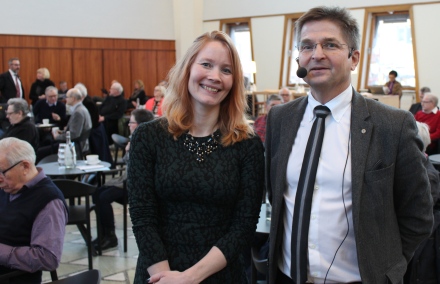 Lassinantti also had his background as a police officer in Övertorneå and one of the stories he told Rune Andersson, was about when Lassinantti sat in Haparanda District Court during a trial regarding a PUNK. The judge was as so often from southern Sweden, so it was necessary with trial interpreter to cope the Finnish language. Suddenly the interpreter stopped to translate. The judge urged him to continue to translate what the accused said, but it did not prompt.

- They came in with a lovely entrecote as I was about to tuck into when Lassinantti began his speech. I was brought up that way that I could not eat when someone gave speeches. But the man were busy talking 1.5 hours ... and when I finally would stick the fork in the piece of meat, said Lassinantti, and now I take a shorter version in Finnish for my Finnish friends, and he talked for another 45 minutes ... He became infamous for his long speeches but he was a brilliant speaker and I know he prepared his speech very carefully, including through its extensive personal library. " 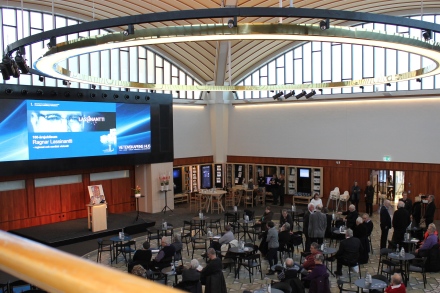 In his analysis of Lassinantti as an entrepreneur, that Håkan Ylinenpää made specially for this day, he found that Lassinantti had the ability to act proactively greatly, to take initiative, be proactive but to a lesser extent beeing risk-taking entrepreneur in the sense that he did not have to take direct personal risk financially. What Håkan Yllinänpää mean, made Lassinantti so successful as a social entrepreneur, was his unique and genuine ability to make connections. Today we call it networking.

- The thing that he not only met pepole in the salons but also ordinary "peasants" characterizes him. He also had a good sense of humor as a lubricant. I rate him as one fifth of a five-point scale networkers. It was this ability that made that he as an entrepreneur, would rather occur than cure, said Hakan Ylinenpää.

In the House of Science later in the day also spoke Curt Persson, country curator in Norrbotten, Caroline Graeske, Senior Lecturer in Swedish and Professor Lars Elenius, professor of history at Luleå University of Technology.