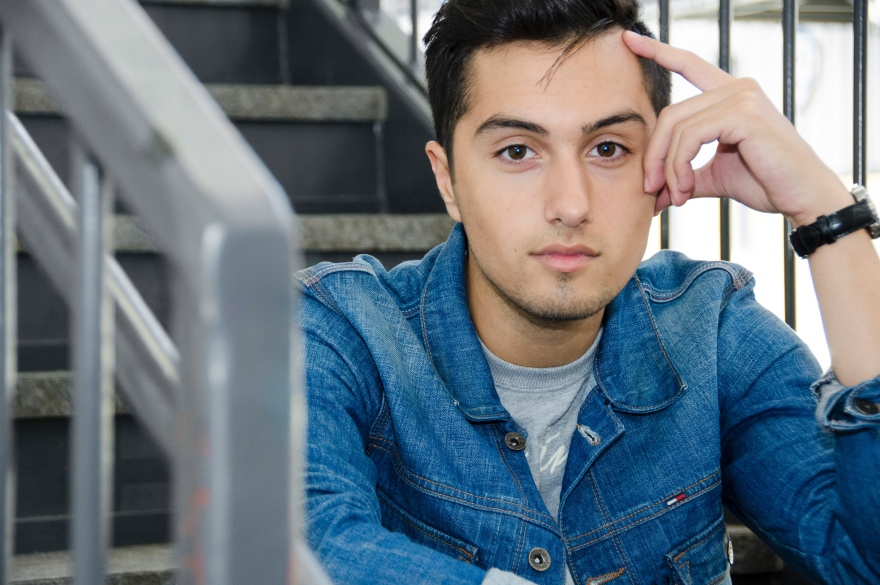 – It feels weird, but it's really really fun. I have been following Idol since the first year and have always dreamed of participating, says Bahoz Gül.

Everything started when Bahoz twin brother secretly uploaded a video on tv4.se. The production team liked what they saw and told Bahoz to go to an audition. He went to Arvidsjaur to meet Alexander Bard and Dominika Peczynski and came out with a golden ticket in his hand.

– I take my studies seriously. If I make it through to the Friday finals, I will study at a distance. My teachers have really supported me to find a solution.

Bahoz comes from a musical family and plays the piano. He started to sing at age seven but have no formal training and have never been on a bigger stage. At his first audition in Arvidsjaur assessed Bard him as bit unfinished, something that the Idol participant listened to.

– It is difficult to learn vocal technique and a lot to think about. Lately I have met a singing teacher in Luleå to develop and get rid of bad habits. It has helped me a lot. At my first audition, I was really nervous, but now I feel safer and have more confidence.

The songbird clearly has both the passion and determination. Luleå University of Technology wish him good luck and that the Idol journey will be long and successful.

– I am passionate about music and Idol is a great opportunity for me to do what I love. When I think of the final in Globen I become totally shaky.