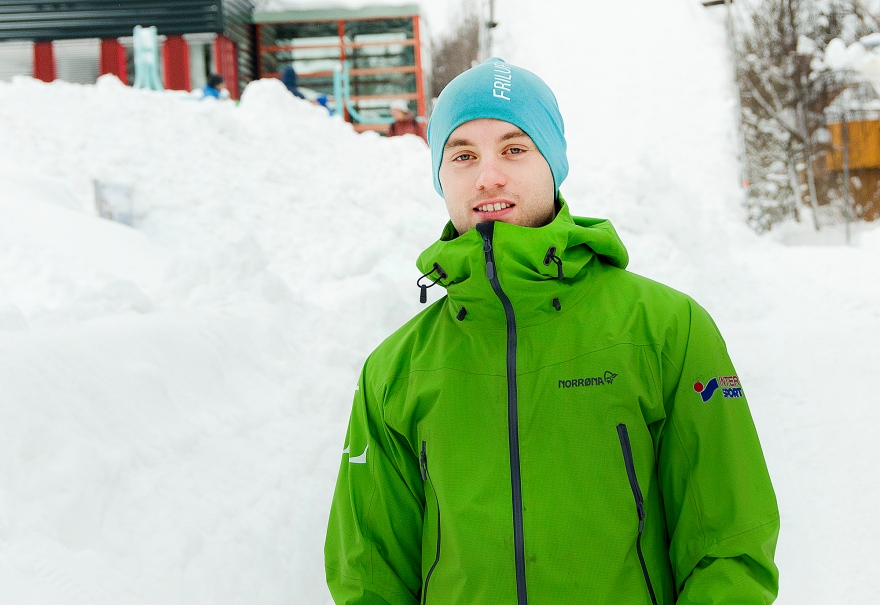 How did you get this idea?

- It has famously been much snow recently and many have complained but I think it is fun with the snow and wanted to juice up a bit. I also wanted to show my friends in Indonesia what it's like up here. Most of which have barely seen snow before.

How was it to swim in the snow?

- It was very cool but refreshing. At first, I ended up almost in shock but when I calmed down a bit it went pretty well.

Is this anything you can recommend?

- Yes, I definitely think everyone should try it. It's high season right now so there is not a better time.

How has the reaction been?

- It has been very much. Both from friends but also from the media. I think many from here like the movie as it gives them a chance at poking fun with southerners.

- No, this was probably a one-off after all. But it was funny that the film got such a spread, I would never have imagined.