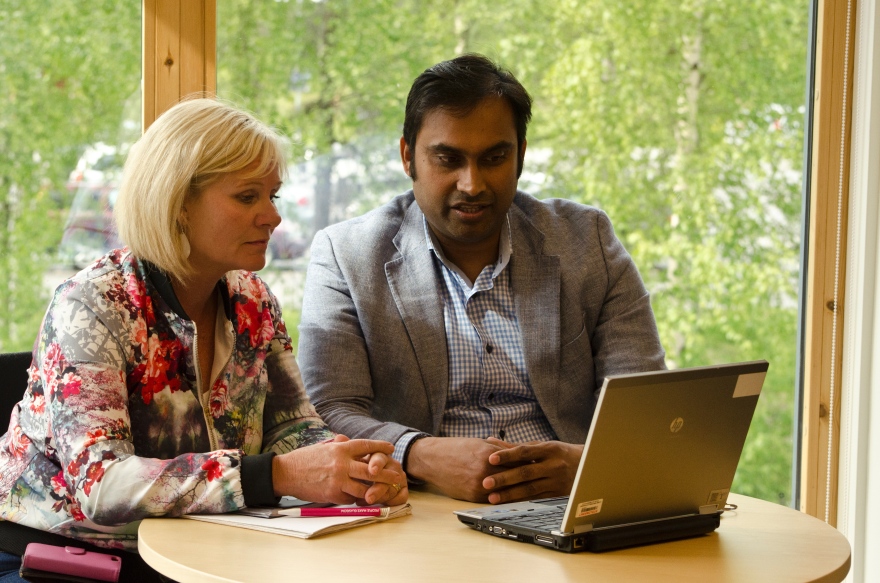 – It is a fantastic platform to make contacts and draw attention to the research we are conducting at the Department of Health Sciences, says Sitaram Velaga, Professor of Pharmacology at Luleå University of Technology.

The aim of COST Action is to support international cooperation through networking. Today there are 340 different networks in different disciplines.

By involving the knowledge, methods and expertise from other disciplines, COST Action have since its inception in 1971, helped to bridge the gap between science, policy makers and society - both within and outside Europe.
The different network groups should create new knowledge in their fields and spread the newfound information and knowledge. During the four years, the groups also will compile several reports in their subject areas to the European Commission.

Maria Prellwitz, researchers in occupational therapy at Luleå University of Technology, received earlier this year a request to join the network Play for children with disabilities, LUDI. The network includes researchers and specialists from 29 European countries and Israel.
– For us in the north of Sweden, this is a good opportunity to network and get in contact with prominent scientists in Europe, says Maria Prellwitz.

Sitaram Velaga, Professor of Pharmacy, was asked to start up the network which will contribute to the development of inhaled medication tailored to the patient. It includes 19 EU countries and four countries outside the EU. The network had the kick-off in May 2015th

– By being present in the COST Action will open the possibility for other researchers and graduate students at the Department of Health Sciences to apply for funds through the COST Action, says Sitaram Velaga.