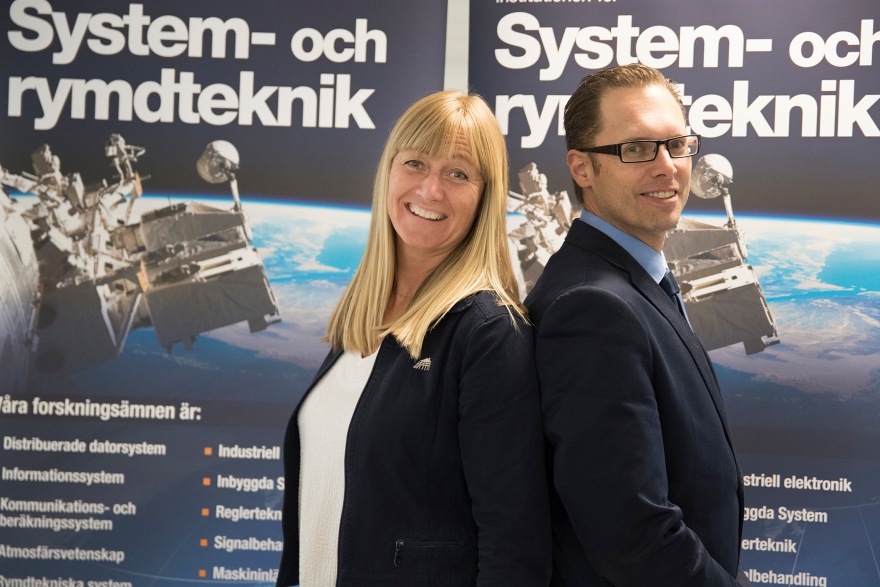 The regional climate for innovation in space activities is weak and at the same time there is a clear will to change this. The RIT project, Rymd för innovation och tillväxt, represents space for innovation and growth and is run in collaboration between Luleå University of Technology, LTU Business AB and a number of regional and national space actors. Luleå University of Technology will employ eight Innovation PhD students for research and development in collaboration with the space industry. On Space Campus in Kiruna a Centre of Excellence will also be established, a development environment for close cooperation between research and industry. Alongside an active support for new innovations in the industry will be created. Besides the project, a new lab and test environments for technology onboard spacecrafts, such as so-called nano-satellites, will be built.

– We invest heavily in Space Campus in Kiruna to consolidate our position as the leading aerospace university. We employ around 20 people in 2015 and strengthen our expertise and our space programs to build an attractive development arena that attracts students, researchers and external players in the space business, says Jonas Ekman, head of the Department of Computer Science, Electrical and Space Engineering.

The RIT project is an effort in which twelve regional and national co-financiers are included. The space industry itself has expressed the need for the project.

– To carry out advanced development is demanding and together with Luleå University of Technology, we have a brain gain that is hard to find elsewhere. It also strengthens our appeal and makes it easier to recruit and retain engineers which is important to maintain our key role whitin the space sector in Europe, says Lennart Poromaa, site manager at Esrange Space Center.

Luleå University of Technology and LTU Business AB has for a year and a half had a dialogue with the industry to examine how space industry can be strengthened. The RIT project is the result of this dialogue.

– Thanks to today's gratifying decision from the European Regional Development Fund, we concentrate efforts and strengthen our space region both nationally and internationally, says Johanna Bergström-Roos, business developer at LTU Business AB who wrote the application on behalf of Luleå University of Technology.