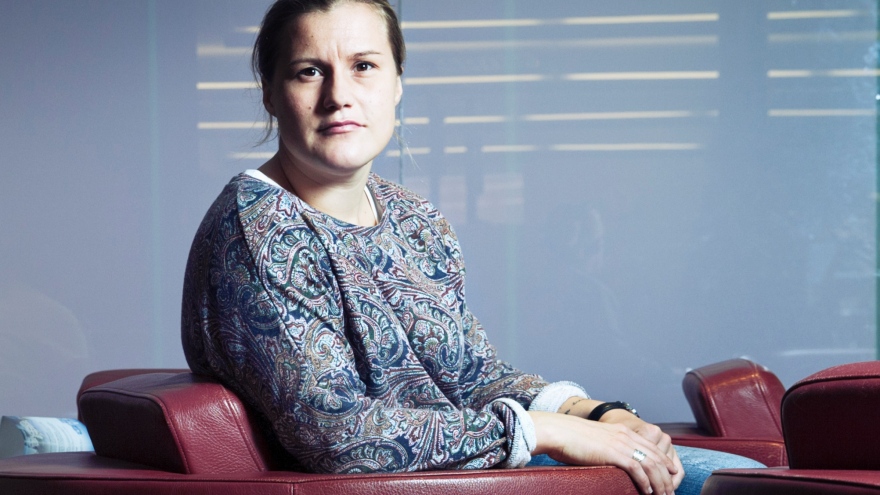 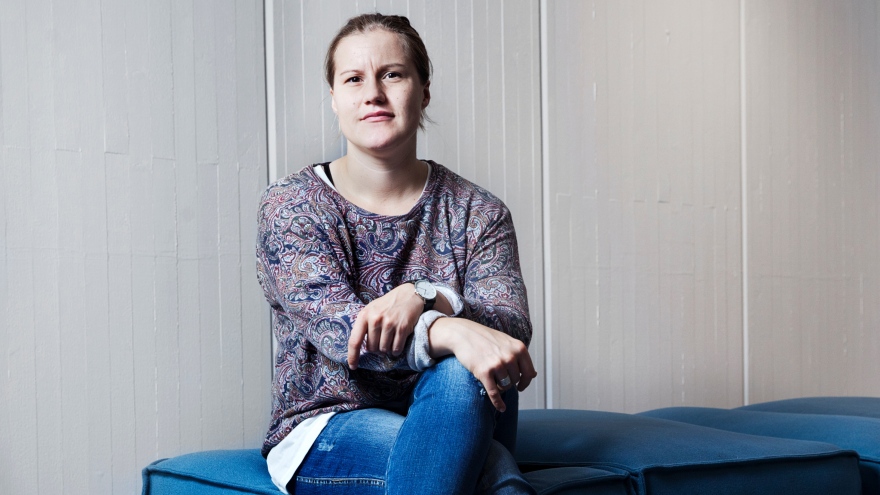 Emma Eliasson thanked by her teammates after another goal. 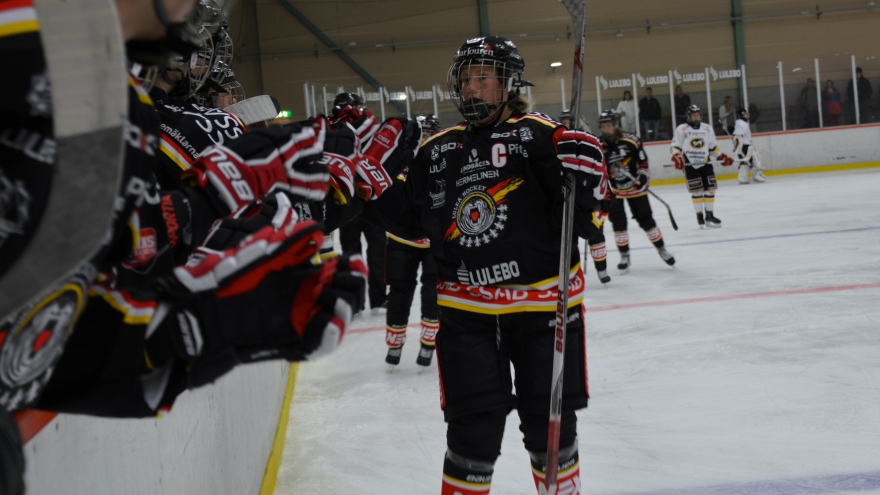 - I have planned to study economics for a long time back but have not felt ready to dedicate myself until now, says Emma Eliasson who studies economics.
The Kiruna Born national team player made her debut already at 14 years of age and has previously represented clubs like Brynäs and Modo. Out of many career highlights the Olympic silver in Turin stands out the most.

Something to fall back on

- It's the biggest thing I've been through. Just to be part of an olympic game is sick.
But life as a hockey player does not last forever and Emma feel it is important to have an education to fall back on.

- A career lasts, at best, 20 years and then it ends. Then you have to have a good base to stand on, and right now I mostly have hockey in my CV. I also feel that it is important for me to continue to develop as a person and not stagnate. A broad education like economics also gives me very many paths to choose after graduation, says Emma who hope to work with marketing after the hockey career.

- I have always been fascinated by the combination of text and image, and how it can affect people. When I see a little further on, I could imagine myself working with marketing and public relations in a sports club.

It is not just student life that is new this year for Emma Eliasson but recently her former club Munksund Skuthamn SK from Piteå merged together with Luleå Hockey. An effort that is unprecedented in womens hockeyn in Sweden.

- I do not think any other club is near the resources we have. Luleå Hockey is really serious about its commitment to the women's team, says Emma lacking a gold in her medal collection.

- I am the eternal runner-up. It is to be regretted for Luleå that they have me as captain, she jokes, and hope Luleå's basketball success will rub off on the hockey team.

- We hope that there will be a ketchup effect. It required many final losses for Lulea Basket before they won their first gold.