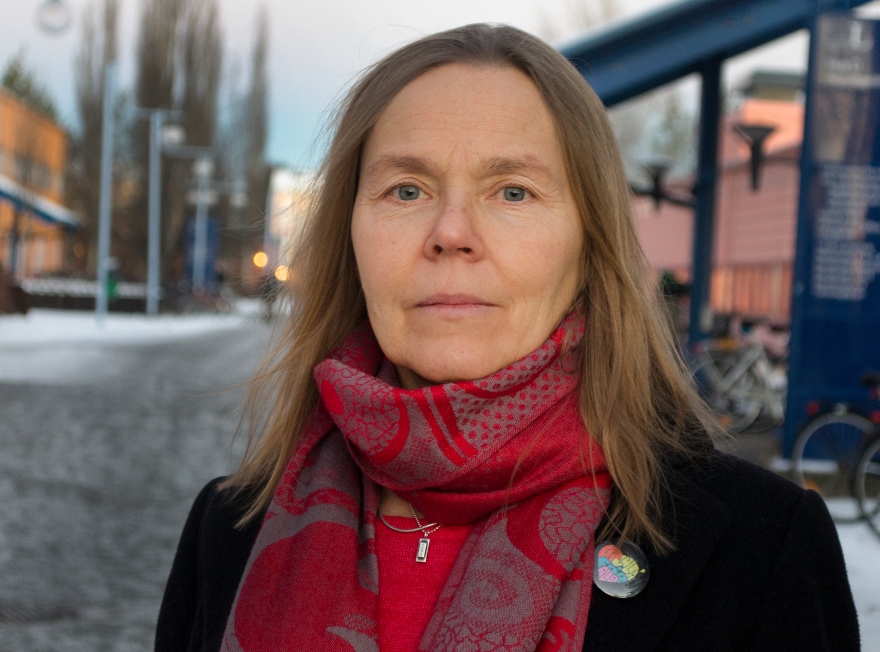 - The intention is that we can better take advantage of the expertise that existed among the teachers of the old receiving school and transfer it to teachers in schools around the municipality. Another aim is to create better conditions for newly arrived students' inclusion in school and for equitable and legally secure education for all, says Maria Ollikainen, teachers and employee of the Flerspråkscentrum.

In 2014 a reorganization of the reception and teaching of multilingual children and pupils in the municipality were approved and soon thereafter Flerspråkscentrum was formed. The center will serve as a resource for the municipal preschools and schools in Luleå. The current refugee situation was not foreseen during the planning of Flerspråkscentrum and have therefore been forced to make some changes in priorities for activities in secondary schools.

- Refugee influx to the secondary schools means that we must now help to give everyone a good start as possible, and that other operations, such as tutoring and training of personnel, may be implemented on a smaller scale or lower pace than we first imagined, says Maria Ollikainen which, however, has not seen any marked increase of students at primary schools in Luleå.

- To date, the primary schools in Luleå received no greater student growth due to the growing number of refugees in the country, but it can of course change. That would mean a greater demand for mother tongue education and study in their mother tongue. A need we obviously need to try to meet.

Along with Flerspråkscentrum Director Susanne Jangdal and Jonas Edström, Maria Ollikainen recently held a lecture for the university's student teachers. She hopes that cooperation with teacher training at Luleå University of technology will broaden the knowledge of newly arrived pupils' learning.

- There are newly arrived students in most classes in Sweden and hopefully they will be even more . Therefore, their training is not to be a matter that primarily concerns teachers in Swedish as a second language, mother tongue teachers and tutors. Working with language and cognitive development in all subjects will benefit all pupils, including those who have always lived in Sweden, but not to do se will detriment all the new arrivals, says Maria Ollikainen.
She also stresses the importance of education adapted to newly arrived children are allowed to build on the knowledge they already possess, and not be forced to start from scratch.

- It is very important to get the experience and the knowledge that each one has with him or her. In teaching, we will be able to meet the learner where they are, even if we initially lack a common language. It is a great challenge that requires knowledge of what it means to work with developing language across all subjects and situations, says Maria Ollikainen.

Read more about teacher education at the university