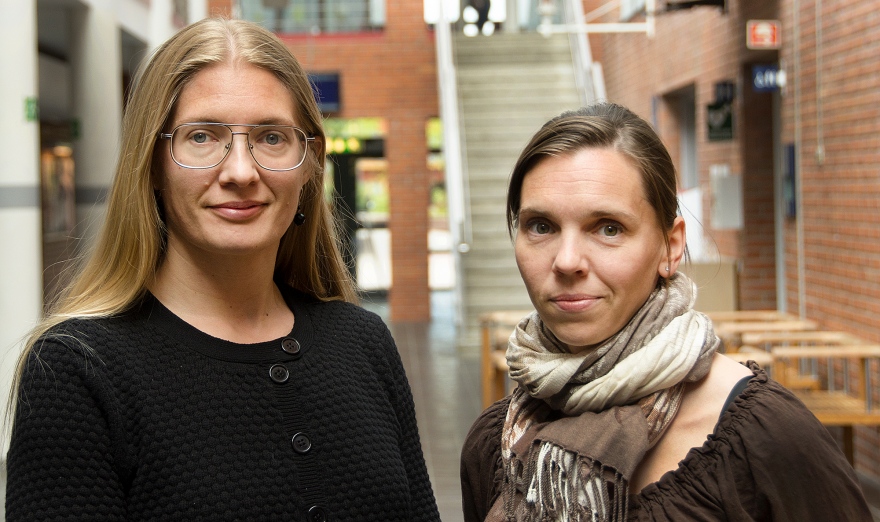 - There is lots of research on how students and parents are affected by the reform, but much less about how teachers' situation looks, says Karolina Parding, assistant professor at the university and the principal applicant in the project.

The project called Towards an A team and B team? Teachers working conditions in an era of marketization and privatization, will run for four years and in addition to study the situation in Sweden, Karolina and graduate student Therese Sehlstedt will also make a comparative study of the conditions in Australia.

Since the School reform in the early 1990s, the number of independent schools has risen sharply. Exactly what this and the general marketization of society has led to is something of a white spot in the research.

- But studies from the unions shows that many teachers, for example, are subjected to undue influence. That is, students, parents and even their own principals try to influence students 'grades in a way that undermines teachers' professional judgment, says Karolina Parding which also refers to studies by the unions, which shows that many teachers experience an imbalance between demand and support in the professional role.

- The teaching profession is traditionally a lonely profession, you are alone - with the students, in large parts of the performance, and all alone in much of the planning and after work. While there has been an intensification of work which means that teachers generally have received more and more tasks, but not more time.

But it is not just teachers in private schools that are affected by this change in society, but also public school conditions looks different today.

- Not least, the conditions surrounding the planning has changed. When students leave the public school, and sometimes maybe even comes back, it affects both the municipality and the teachers as professionals in the planning horizon, says Therese Sehlstedt.

30 years ago it was irrelevant to talk about students as customers, but today it's not an uncommon phenomenon. The journey from a state-controlled school to today's competitive business has gone quickly.

- That's why the situation in Sweden is especially interesting to examine. Here it is also sanctioned to operate schools as a limited company while obtaining public school vouchers. It is something that we do not really see in other countries, but is unique to Sweden, says Karolina Parding.

Funded by Forte (Research Council for health, labor and welfare) and STINT (Swedish Foundation for International Cooperation in Research and Higher Education)