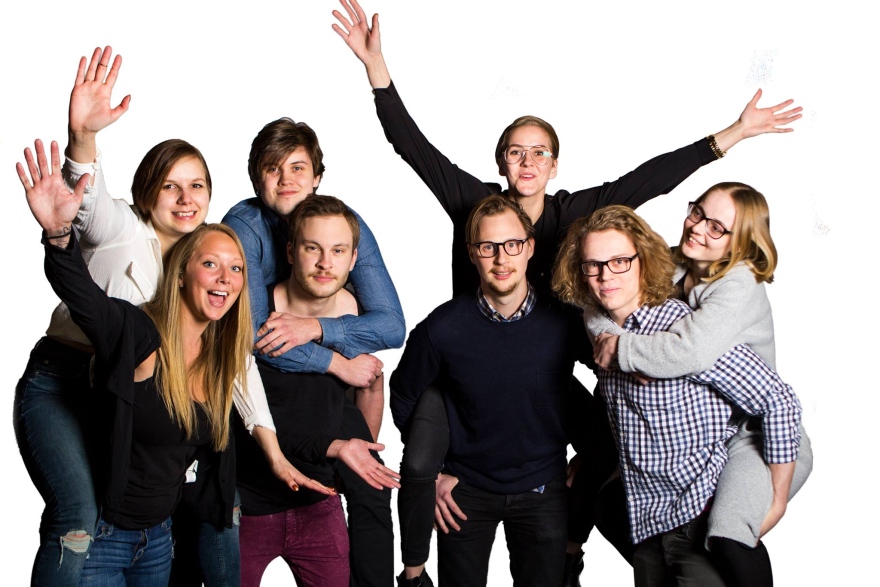 - It is really super fun! It's an honor just to be nominated, but now that we have the chance, I hope of course that we can win, said Marcus Nilsson, publisher and president of Pite FM.

Pite FM is one of four nominated in their category and although Marcus Nilsson establishes that competition is fierce he confirms that the student radio station in Piteå has all the qualities needed to take home the award.

- We have width, youthful enthusiasm and the entire group is permeated by a desire to actually do something good. This year we have worked hard to increase the number of programs and especially to extend news coverage. It is invaluable training for our students to convey local news on a daily basis, says Marcus Nilsson, who is studying third year of the program Radio Production in new media.

Worth all the work

The work on the student radio station conducted entirely by the students themselves. This furthermore outside of class.

- In the end it's worth all the work and you learn a huge amount that will be useful to you later in their careers. Here's your chance to learn from mistakes, says Marcus Nilsson, hoping that there is reason for a party after the gala.

- If we win, we may book the student union building and hold a party. We are worth it.

Major Radio Prize is awarded by the Radio Academy, which is a non-profit organization with the purpose to annually reward the best Swedish radio productions.

Listen to PiteFM and the other nominated contribution here

Learn more about the program here
Journalism and media