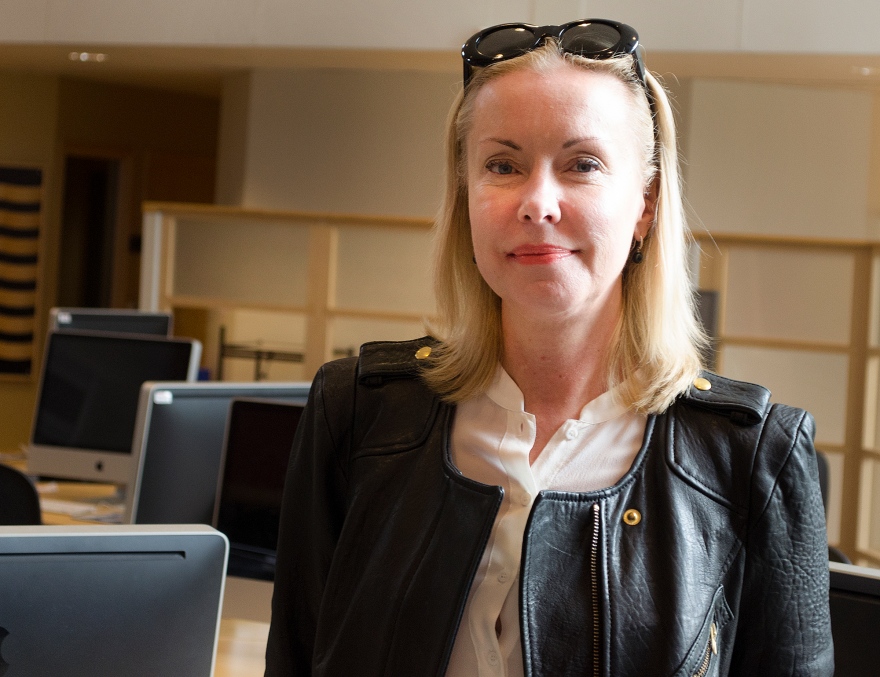 - It is a priority for many reasons, not least to ensure that basic education also has a distinct research link. Another challenge is to contribute to, in various ways, clearly placing our research topic on the national MKV map, says Anna Edin.

- It was an exciting time when the topic found its contours and I was privileged to have many inspiring scientists as teachers, mentors and colleagues, says Anna Edin who feel that the appointment to professor at Luleå University came just right in time.

- I have a daughter who is 21 years, which is about to begin his university studies and leave home, giving me the opportunity to be a little freer in terms of parental duties and focus on new, interesting work.

Her own research quest puts lies in the intersection between politics and the media, from a cultural theory perspective.

- I have, among other things, researched on the Swedish public service television discursive construction of the audience by studying the relationship between media policies, production and media aesthetics. Another research interest is about celebrity politics: first, politicians who become celebrities, but especially about celebrities who become politicians. Here is a clear gender perspective: politicians have long had to balance the private and the public to achieve success. A balancing act that has been a disadvantaged for women politicians, but what about today in a highly mediated formalized society? says Anna Edin.

Although the real work only starts in the autumn Anna Edin finds her knowledge of the university's research and education in media and communications are good.

- This applies to both the old programs and the new program (Journalism and Media, editor's note.) To be launched in the autumn. I also know about the great quality of work carried out in recent years.