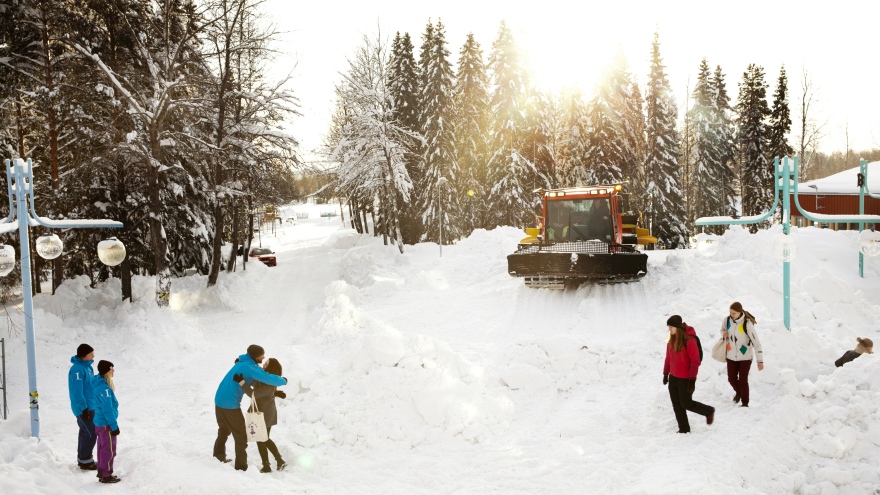 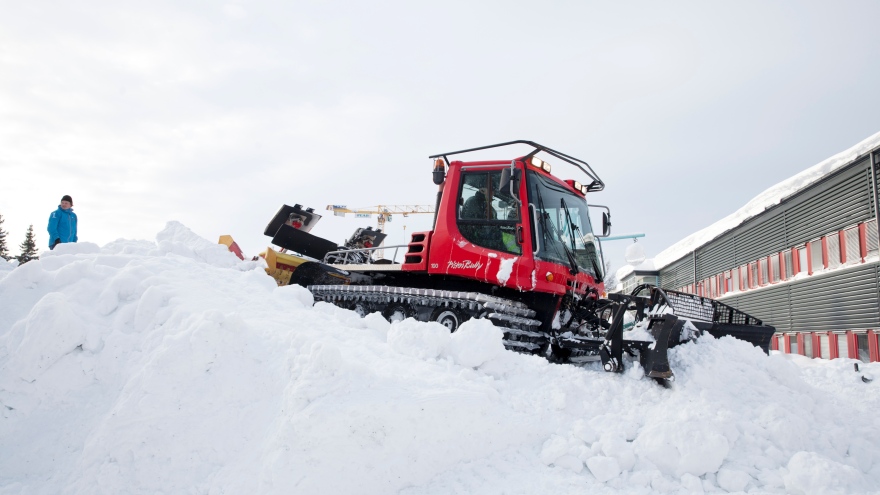 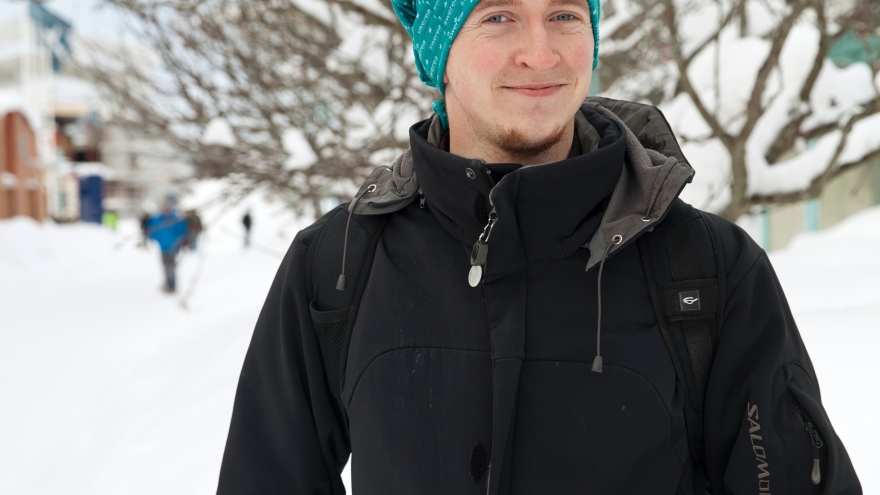 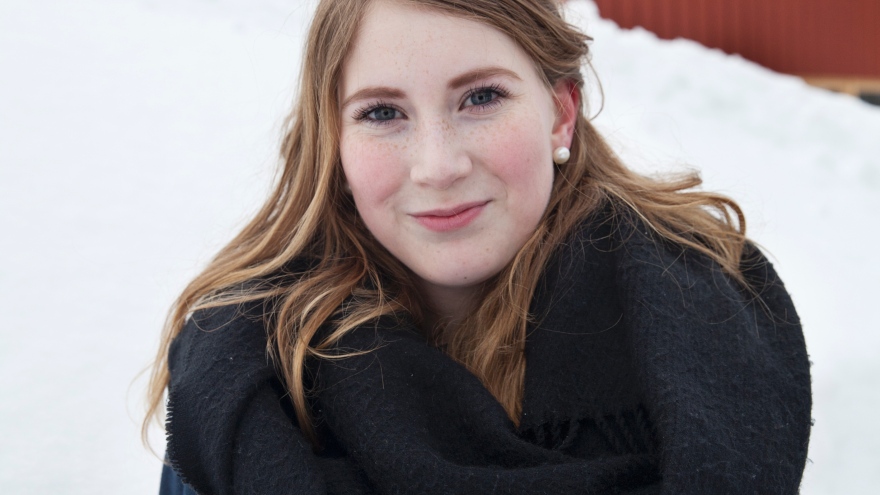 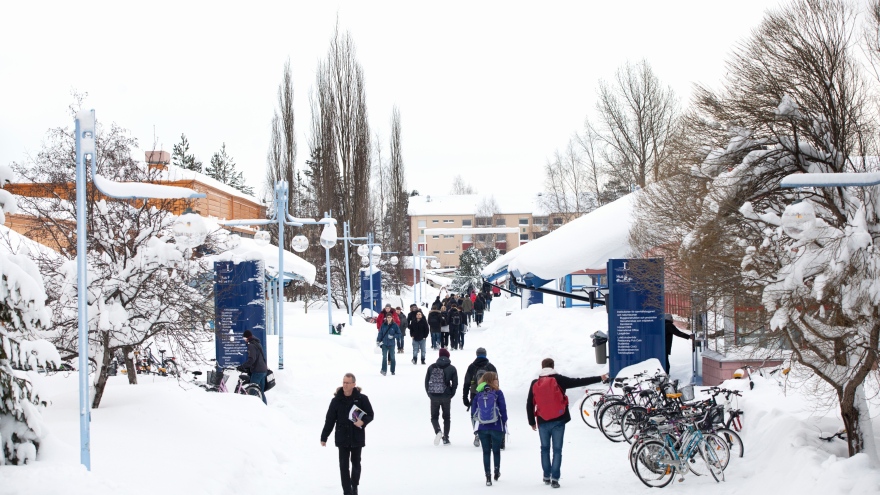 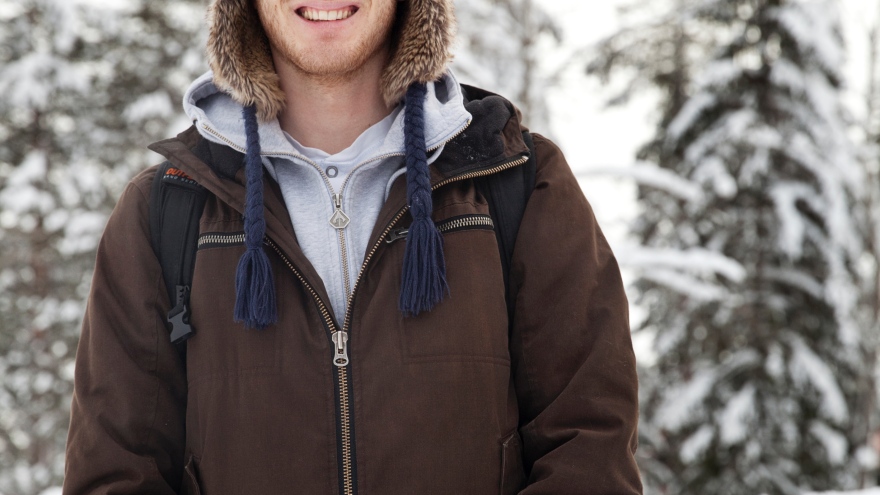 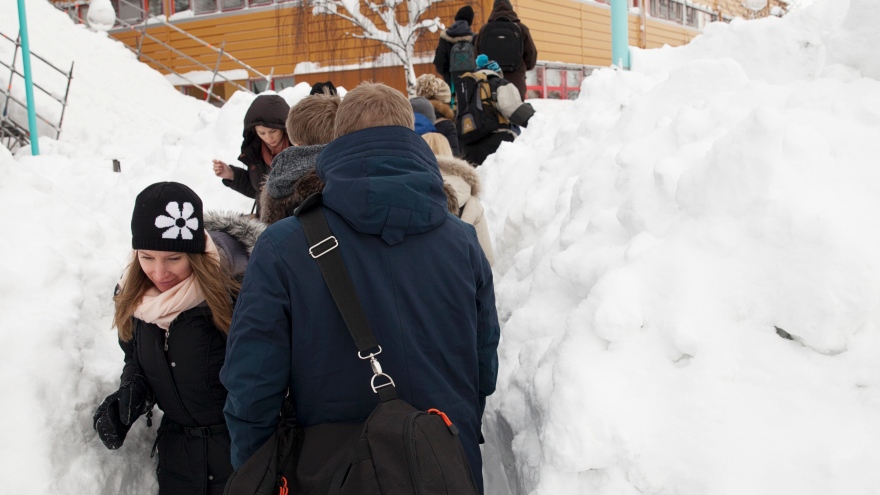 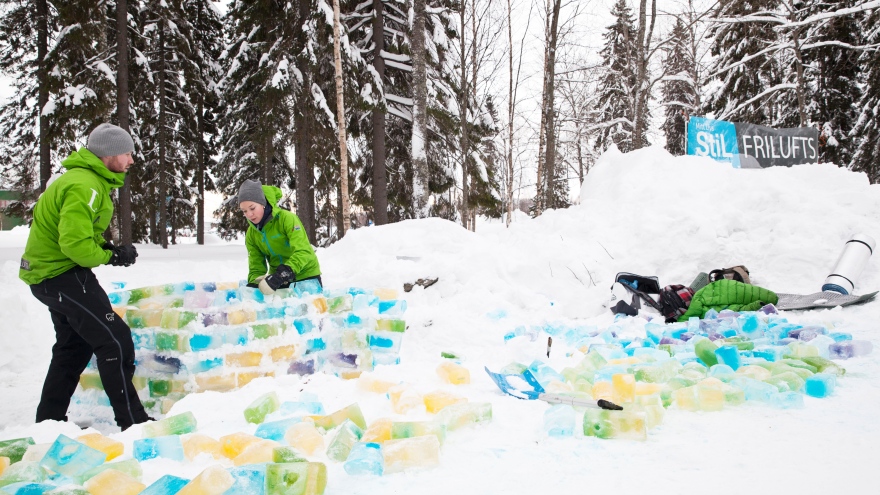 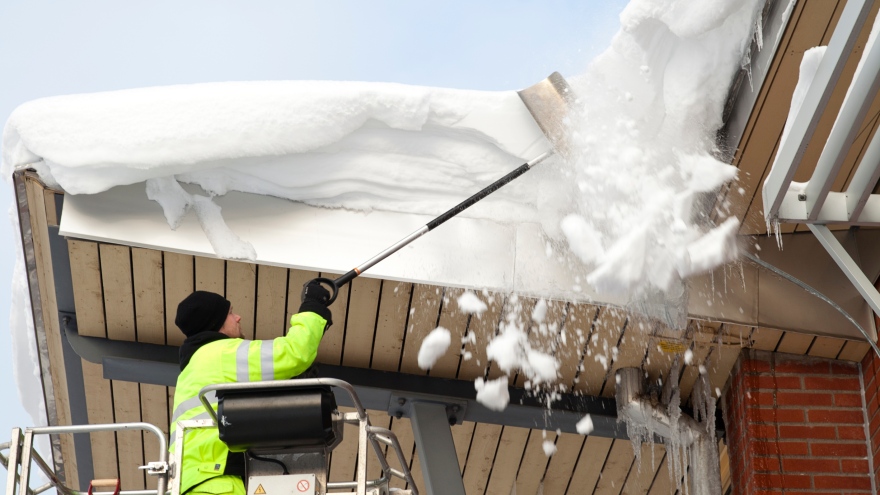 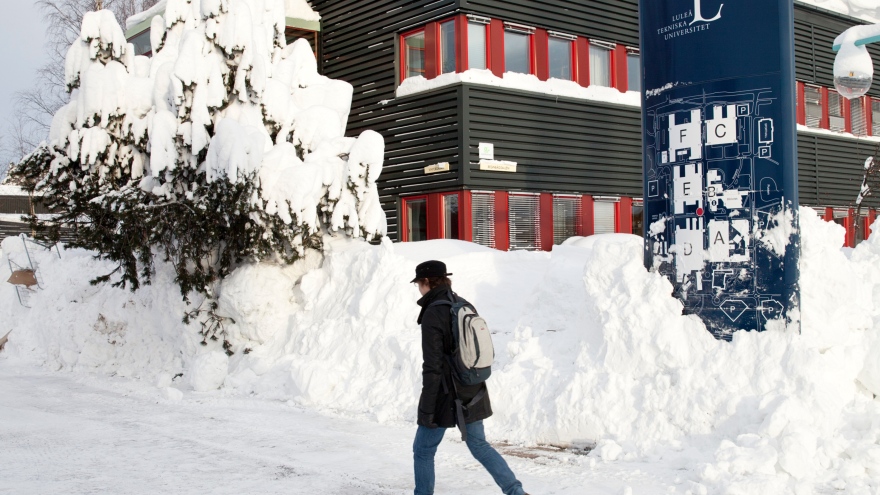 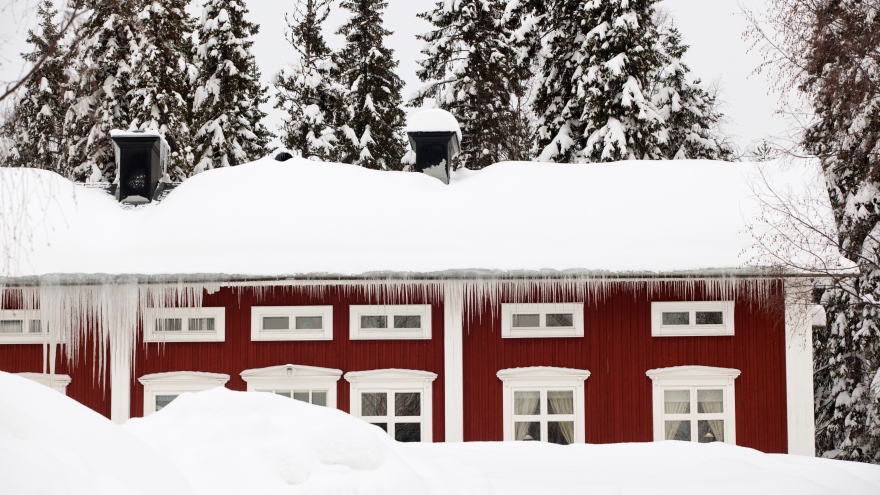 – I think we all become a little bit happier because of the light the snow brings. I was out kite surfing on the ice the other day, amazing!

The number of shovel curved backs has increased significantly in Luleå the past week. Why? The snow depth. On February fourth, a new record was reported from Luleå Airport, 113 centimeters. Thus, a 49-year-old record was exceeded by two centimeters.

Even at Luleå University of Technology the quantity of snow is notable. The snowplows are busy and on Thursday, even a snow grooming machine was spotted on campus.

– It is cozy, but maybe a little bit difficult to get around, says Jehna Al-Moushahidi who studies Politics and Society.

A little bit frozen, the moderate temperature of minus eight degrees spite, are Linnea Emmot and Linnéa Olsson, both students at the Master programme in Architectural Engineering. But they don't mind the winter mode, quite the contrary.

When Linnéa Olsson should choose where to study, she used a somewhat unconventional approach.

– I looked for the best skiing, then for the nearest university. Luckily, the education I wanted was found at Luleå University of Technology, says Linnéa Olsson.

Read about the snow diver 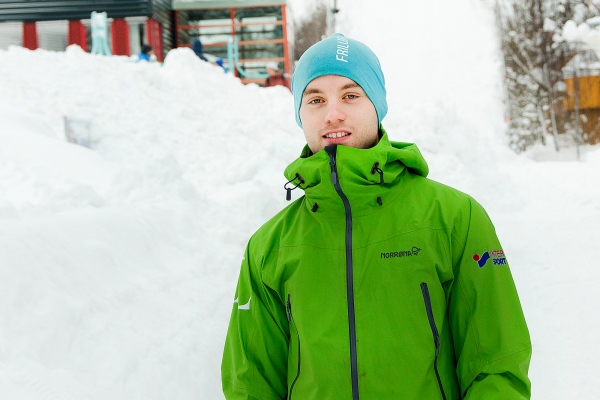 Jesper Johansson, an MBA student at Luleå University of Technology has recently received considerable attention in social media. It is thanks to an ice-cold dive in Luleå's record deep snowocean.