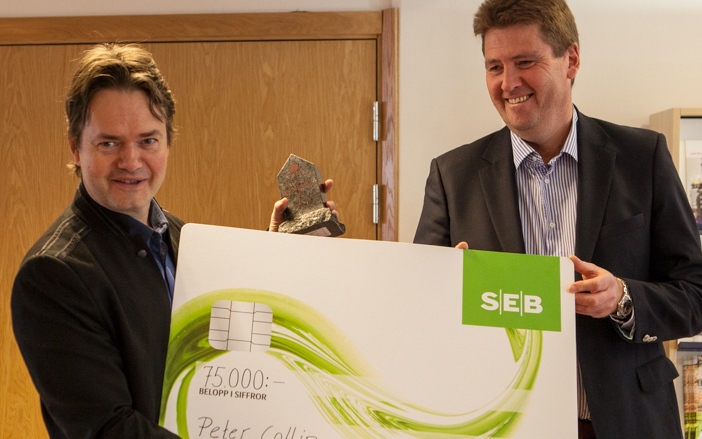 –  I am very honored by this prize which shows that paying attention to what I have done through Ramboll and Luleå University of Technology, including in the form of EU projects relating to steel bridges, says Peter Collin, who is also a professor in structural engineering at the university.

Large construction price has since 1994 been awarded by the New Building Contractors. The purpose is according to the Association to "pay attention to the positive efforts for growth in the county and the image of Norrbotten."

- A fairly small part of what I have done is in Norrbotten. But there are some bridges that are unique: The bridge over Rokån and Pitsund Bridge, says Peter Collin.

What will you do with the money?

–  I will continue to record a Bellman Album, with own compositions of previously non-recorded poems, which are almost finished. It only takes a recording session more, then we are ready for final mixing. I will also arrange for a hearty feast for my colleagues. For without them, I had never received this award, that is for sure, says Peter Collin.

Paul Simon wrote "Bridge Over Troubled Water", an amazing song that spread across the world. Peter Collin has done something as important as creating bridges between academia and the construction industry.

As a professor at Luleå University of Technology, his research on the steel and concrete has reached practical application regionally, nationally and internationally. The implementation of Peter Collins research helps to create an attractive Construction Industry.