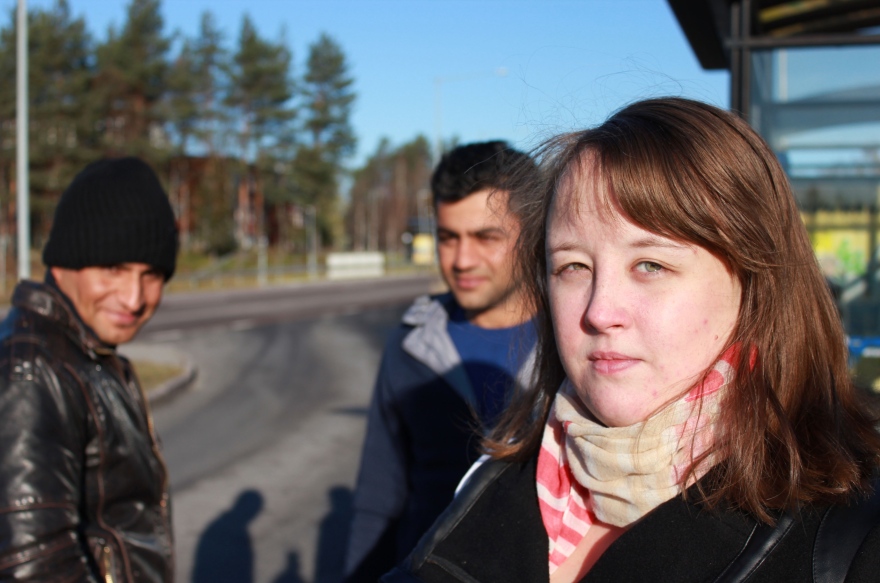 - Most people who come are very tired, mentally and physically. It is visible in the eyes of those that they have been through a lot, says Elisabeth Johansson Hallin.

This morning Elisabeth Johansson Hallin and volunteer Christian Nordkvist, are waiting in the bus shelter outside Luleå University of Technology, where the buses from Boden stops and where the refugees are switching to the bus towards Haparanda. He has earlier this morning made cheese sandwiches at the Youth House, in Luleå. Someone, he does not know who, came there with cold cuts and bread in the morning, as a store or bakery donated. He is actually available to be with his car for running out food transports, but he received this morning himself standing in the kitchen slicing cheese, he had nothing against doing that.

- It's a little bit so it works, Ad Hoc and yet so very good. There is always someone jumping in and doing different things and there are different people involved all the time, he says.

A cup of hot tea is more than that 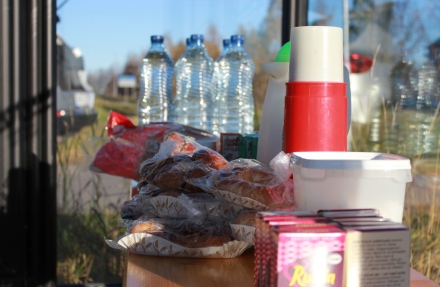 On the bench in the bus shelter outside the university this morning it is lined thermos with tea, water bottles, sandwiches, buns from yesterday as a café donated and so raisin packages to children.

- It is especially hot tea that has been appreciated. I particularly remember a very old man, who when he got off the bus, exhausted and almost desperate looked at me and at the thermos on the table and shouted "chai, chai" and when he then, just had his one cup of hot tea and a sandwich, he looked so incredibly relieved, says Elisabeth Johansson Hallin.

Could only say yes

In everyday life, she reads the basic teacher training, focusing on Master programme in Primary Education, teaching in early years classes and grades 1-3 of the compulsory school, at Luleå University of Technology. During the past month, her days also had a different and completely new content. She was contacted by the network Refugees Welcome Stockholm, with the inquire if she could take it upon herself to organize similar networks in Norrbotten.By then many refugees, mainly from Iraq and Afghanistan had started to go up to Norrbotten to make it further to Finland, to get a residence permit. It was about several hundred people each day who was on the run. Aid to these people in flight could be organized in the villages of Boden, Luleå and Gällivare and Haparanda.

- I felt I had to say yes, I could not otherwise. There will be people here who are in need of support and assistance and we are volunteer organizations that currently ensures that they get it, says Elisabeth Johansson Hallin.

She then started a Facebook group Refugees Welcome Norrbotten. It is a network that coordinates and organizes volunteer efforts for refugees who come to Norrbotten on their way to Finland. It is through the network in Stockholm, but especially through the bus companies and train companies that the network receive information about how many refugees are heading.

An ounce of dignity 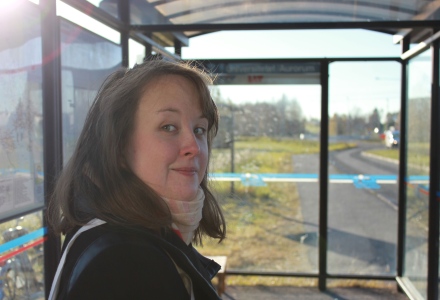 In everyday, Elisabeth Johansson Hallin teachers is studying at Luleå University of Technology, to become a teacher Photo: Katarina Karlsson

First day the network got 80 members. Today 1990 people are members. However, it is no longer an open facebokgrupp. Only those who are invited by other members may make. Sister group in Finland was the victim of Nazi attacks, and that is the reason of the decision.

Many staff and students at Luleå University of Technology, mainly from the Department of Health Sciences and the Department of Business Administration, Technology and Social Sciences, have helped as individuals at this particular bus shelter, early mornings where sometimes 80 refugees per time step off, to wait for the bus against Haaparanta.

For ten minutes they have been on the bus stop. During these 10 minutes, many volunteers helped to make these people's journey somewhat easier, or as one of those volunteers from the university about said hopefully given them "an ounce of their dignity back."