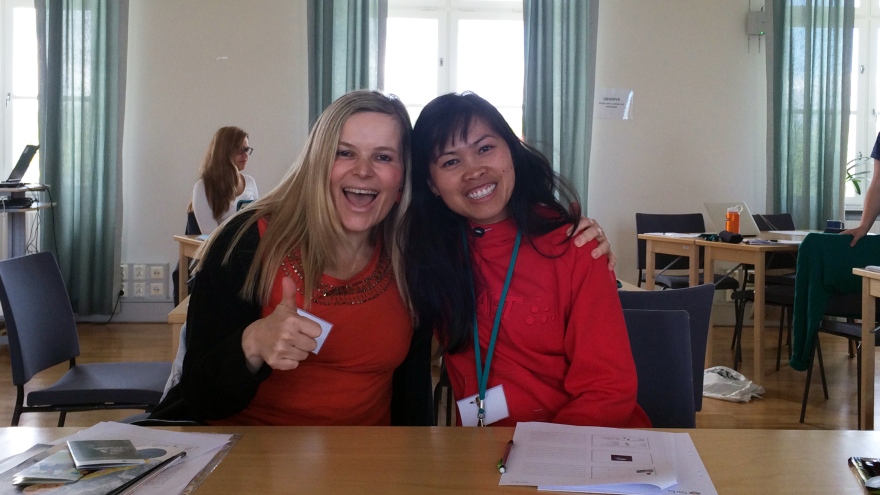 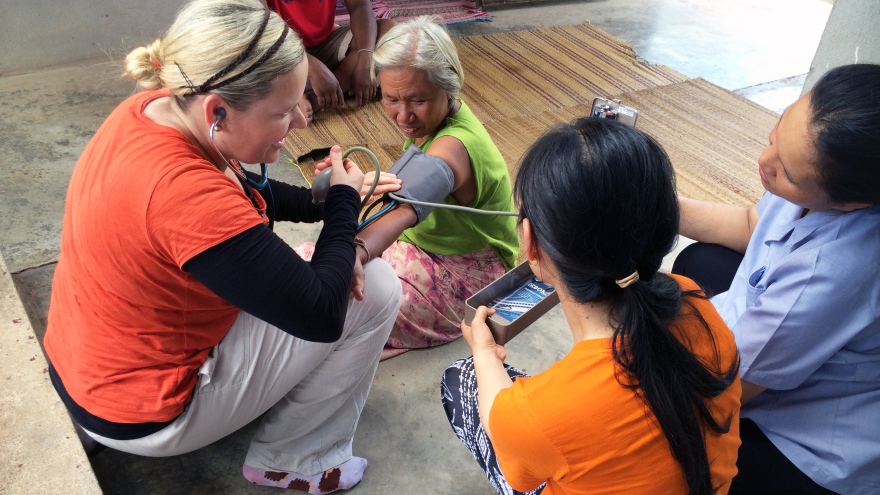 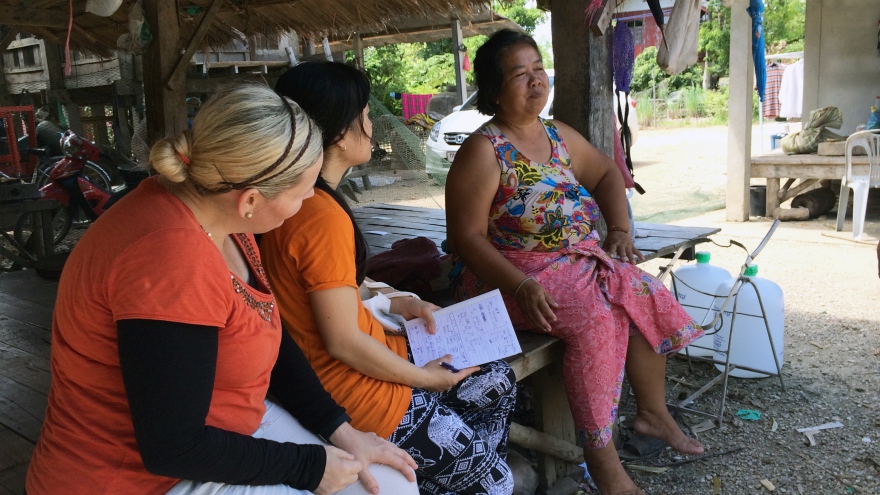 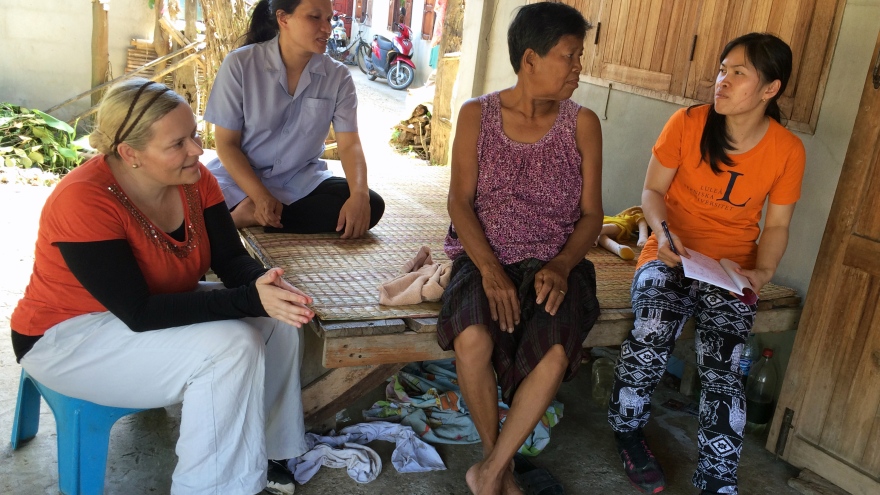 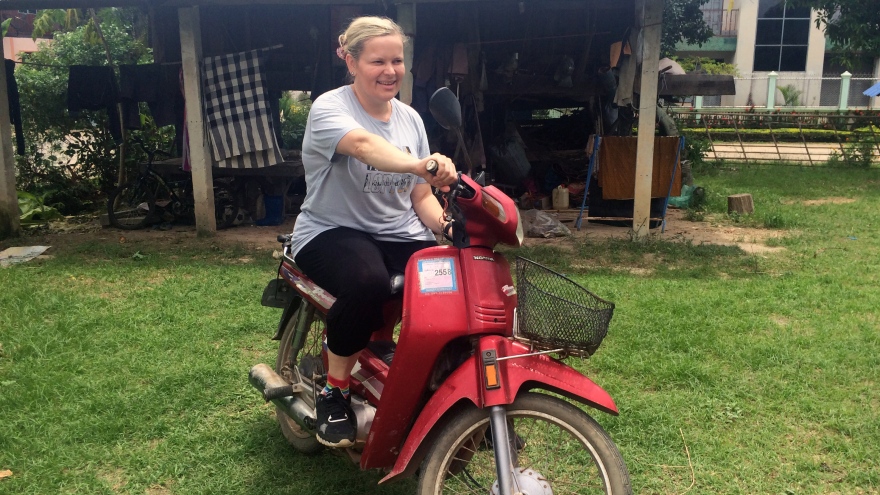 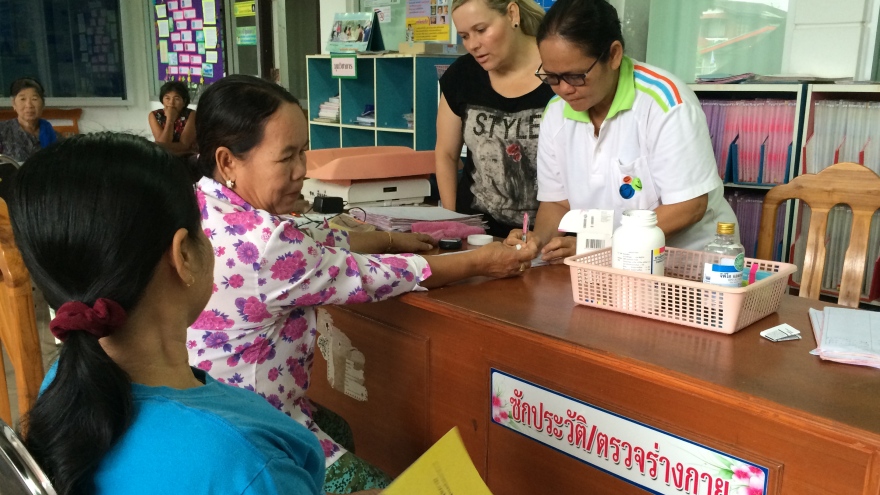 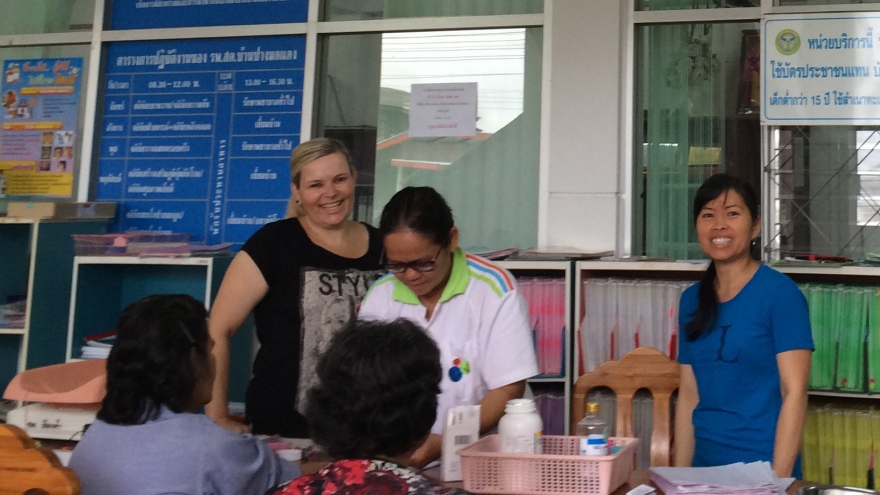 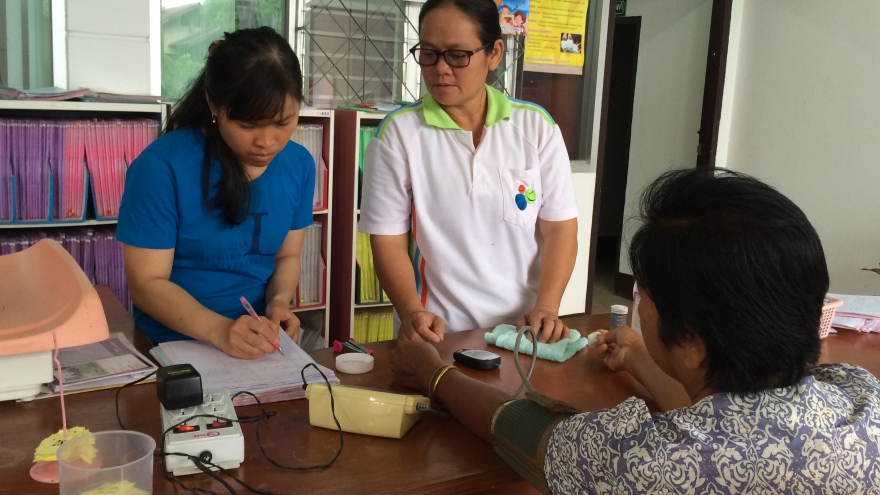 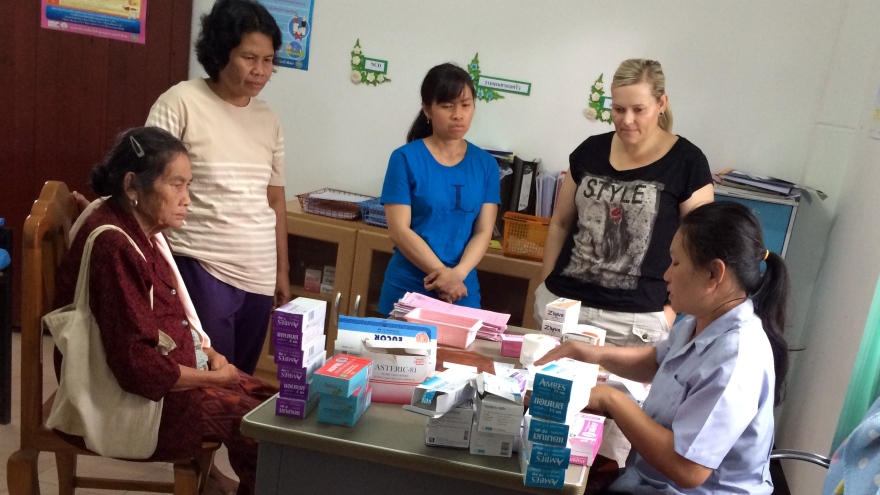 – We would love to go back to help change the healthcare for the better. We were really touched by how the smallest thing could make a difference, says Cilmara Arén.

The village where no tourists come

In the village there are no tourists, hotels or transportation. Only some households have televisions and the internet connection is very slow. Here, the typical Thai countryside is spreads out with rice plantation and earth roads.
However, there are an unusual number of diabetics in the small village of Pang Mod Dang. Right here Cilmara Arén and Bunga Boonsinchai lived for several weeks to collect material for their thesis.

– It has been very interesting to live this simple and close to the villagers, and to take part of the healthcare conditions, says Cilmara Arén.

They have had great help from a contact person on site who fixed a room to rent from a family, and been great support when students needed.
For longer routes, the girls have sometimes borrowed an old bike or scooter from the family, otherwise they have walked everywhere.
– When we went to buy groceries we sat on the back of the family's pick-up, says Bunga Boonsinchai.

Bunga Boonsinchai comes from Thailand and has acted translator between her classmate and the Thai patients and caregivers. In this village there are many diabetics and the problem is growing increasingly throughout Asia. In 2030, 180 million people in Asia are estimated to have diabetes, an increase of 60 percent.

This aroused the curiosity of the students who chose to look closer on diabetes patients and the care they receive.

They discovered that the people in the village live a very sedentary life and, for example, take the scooter to the grocery store. There is also lots of sugar in the food, even popcorn is served with sugar.
– A malfunction occurs on the pancreas that produce insulin to handle all the sugar. It simply becomes overloaded, says Bunga Boonsinchai.

Also, the economy has improved in the country for the last 15 years, and junk food has been given a central role in the food culture.

– Junk food is more expensive so it is high status to eat this type of food, says Cilmara Arén.

Satisfied with the smallest thing

According to the students' essay, patients in the village are satisfied with the care they receive on the countryside, although they for example may have to wait up to five hours for a blood test. There is no privacy, and six patients can be cared for in the same room. In addition, there is no thought of confidentiality or integrity.

– They do not have the same requirements as we have in Sweden. The patients are satisfied with what they get. Many are illiterate and do not question the care they recieve. A nurse is treated with respect, says Bunga Boonsinchai.

In order to gather the materials the students have met the patients individually after being introduced by health professionals. The interviews were recorded on tape and afterwards documented.

Wants to make a differrence

The experience abroad has given the girls a taste for more. They think that the health care in Thafter graduation and then make aid work abroad.

– Not everyone has the same opportunities to equal health care and we want to make a difference. The main thing is that we are doing something to help, continues Bunga Boonsinchai.

Read more about the Nursing program