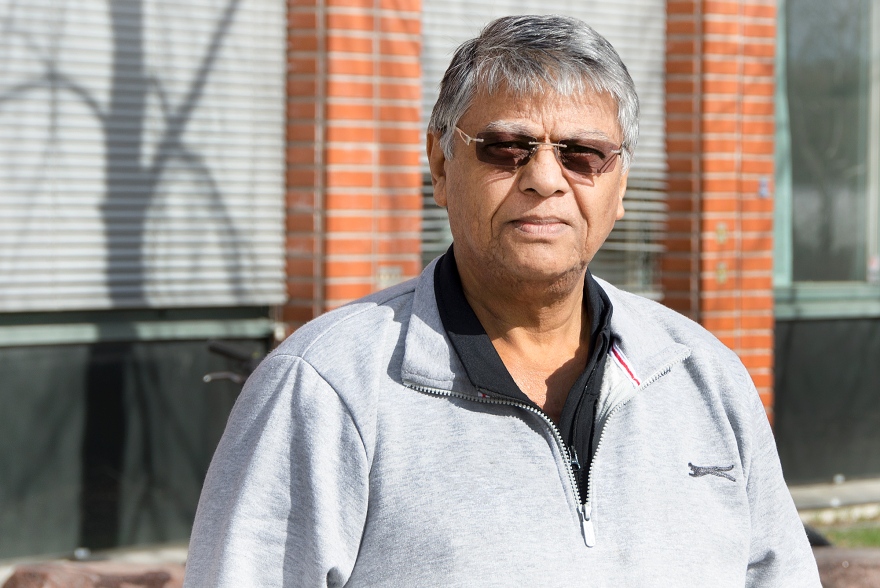 Anand Singh, professor at the University of KwaZulu-Natal in Durban. Photo: Lars Andersson

- I was encouraged to take part in the exchange by colleagues who were here before me and I must say I am impressed with how well organized everything is and the culture of trust that exist here. A key here open almost any door! says Professsor Anand Singh.

- It must be remembered that our culture has been characterized by extreme racism, Fractionalization and an ongoing debate about how we will transform our universities into a world class learning institution.Here the emphasis is on externally funded research while we add more weight to scientific publications in South Africa, says Anand Singh.

Worried about the situation in South Africa

During the exchange at Luleå University of Technology, he has given lectures for graduate students and other staff. Classes have included everything from contemporary research methods in the social sciences to the growth of xenophobia in South Africa after apartheid. A topic that became painfully relevant during Anand Singh's visit to Luleå, when street violence directed against traders and refugees from surrounding countries broke out in his home town of Durban.

- I am very worried about the situation in South Africa. We have already seen how quickly the situation could deteriorate in Zimbabwe, although it is not certain that we will suffer the same fate there is a risk that desperate politicians take decisions that can have serious consequences, says Anand Singh who is clear about that there are no easy solutions to overcome the antagonism.

- But serious efforts to eliminate poverty, government corruption, ignorance, and to initiate training programs with the goal of breaking down racial barriers between people I think am the only way to go.