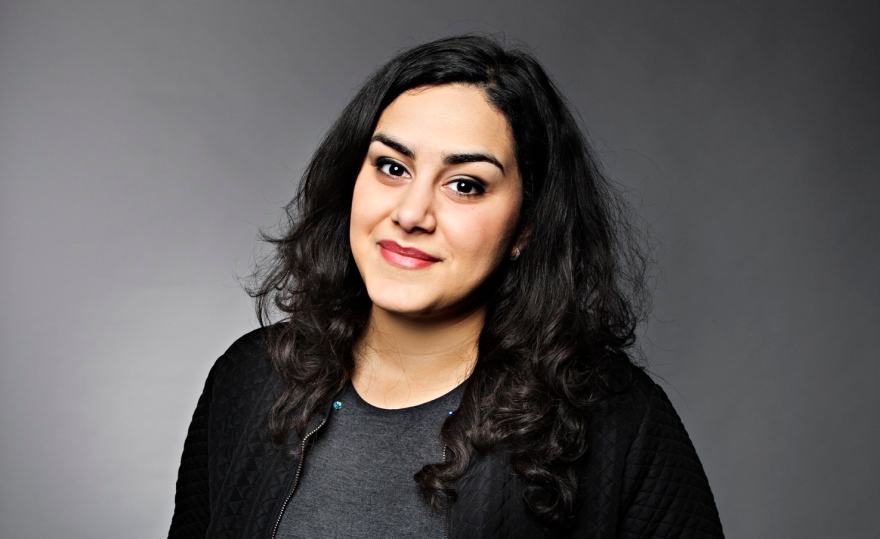 - It is obviously great to be part of Sweden's biggest TV shows, but it's incredibly scary too. You do not want to make a fool of yourself in a knowledge program like På spåret, says Tina Mehrafzoon.

Fill in each other's gaps

The recording of the program series started earlier in the fall and Tina Mehrafzoon pairs with the writer Aino Trosell.

- We found each other directly and get on well together. It feels like we complement each other very well, the generation gap means that we can fill each other's gaps. Aino knows lots about history, and I know almost everything about popular culture, says Tina Mehrafzoon who prepared herself for the program through an application on the mobile phone.

- I have studied old Trivial Pursuit question, it is perhaps not so much that comes to use during the show but I'm more educated now than before the recordings anyway.

Like many others Tina Mehrafzoons relationship with På spåret consist mostly of social gatherings with friends on Friday nights. But now that she participates herself the goal is to win it all.

- I'm not such a charming loser, I really want to win. It's really important for me.

Honor to represent the university

Tina Mehrafzoon see it as an honor to represent Luleå University of Technology in Sweden's largest entertainment program.

- It feels really cool to be part of the show and get to represent the university. I liked it very much in Piteå and learned a lot as a student but also as a person.

On the track is one of Swedish Television's biggest entertainment program of the modern era and is a Swedish SVT original idea. In this program, Swedish celebrities compete in a quiz that involves various cities.

The record is 3.7 million viewers. The program continues to be very popular and is now in its 26th season. Source: SVT