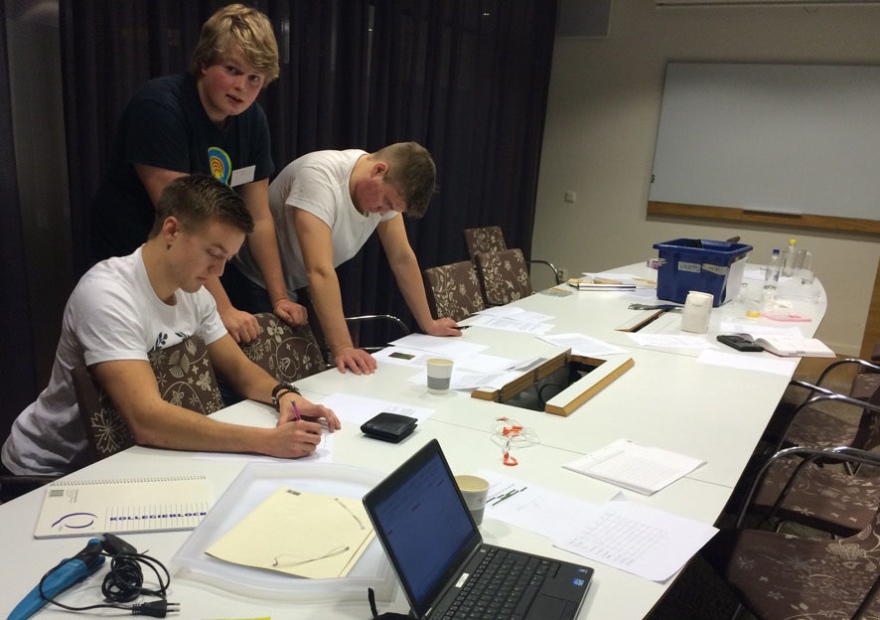 – It was more fun and harder than we imagined, says Anton Burman, a student at the Master Programme in Engineering Physics and Electrical Engineering, at Luleå University of Technology.

Teknik-SM, Swedish Championships in future technologies is organized annually by the Association of Graduate Engineers with Engineers Without Borders. The competition tests the skills an engineer need in their professional capacity and is primarily addressed to those who study technology and science at the nation's colleges and universities.

This year's competition saw a total of 130 teams from different universities in Sweden. Of these, eight teams went to the semifinals. One of the semifinalteams came from Luleå University of Technology. The contestants were Anton Burman, Jan-Erik Kitok and Joakim Åhman. They managed to make it through even to the finals where they took a fine third place. 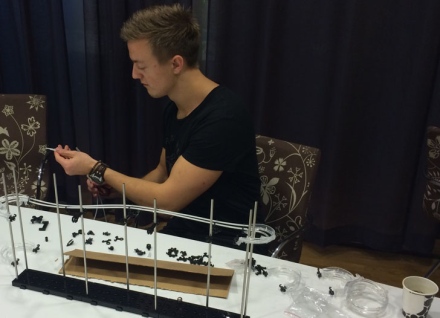 Student Joakim Åhman, when he solves one of the tasks during Teknik-SM. Photo: Teknik SM

The main task that made them qualified for the semifinals, was a task very much connected to reality. It was to optimize the hospital laundry for a hospital in Tanzania. The team that won the Technology SM, will now in collaboration with Engineers Without Borders go to Tanzania to implement the idea, they worked out. The teams who came two and third in the contest got gift vouchers.

–We had more business representatives this year, which helped to work out the various problems to the students. It made it more engineering as issues than before, says Lotta Ljungqvist, project manager for Technology-SM.

The competition is a test of the participants' technical skills, interpersonal skills, presentation skills, stress resistance and engineering.

The winning team was Team Clueless - KTH, the second was Fermi's disciples - Faculty of Engineering and so on the third Y-bear from Luleå University of Technology.