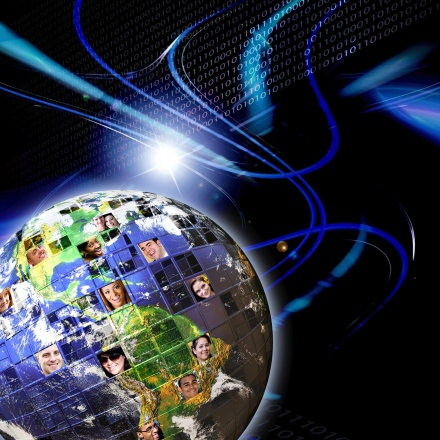 My Privacy Flag led by Marita Holst, Centre for Distance-Spanning Technology, CDT, is about crowdsourcing and online privacy. Crowdsourcing means that companies, organizations or public institutions take the help of crowds of Internet users to implement various activities.

The overall goal of My Privacy Flag is developing crowdsourcing solutions to motivate users to evaluate web pages, apps, and the Internet of Things installations, all with the aim to  protect citizens' privacy and personal life. For companies and other stakeholders who want to protect the privacy of citizens new user-friendly online services will be developed.

The project is a Horizon 2020 project in which many European universities and companies are involved.

– Luleå University part of the project is to develop a model for a better and more secure Internet, where citizens get involved and want to influence society, says Anna Ståhlbröst, associate professor of information science at Luleå University of Technology. The model is based on studies of what driving forces that makes citizens to engage in issues related to privacy, and by encouraging citizens to get involved. Finally an evaluation tool for integrity as support for crowdsourcing will be developed.

Converting points to money for charity

In  another project called IoT Lab previously done research in the crowdsourcing field has resulted in new technology to involve citizens in research projects relating to smart cities. Participation of citizens include sharing sensor data via mobile phone. IoT Lab identifies new incentives for citizens to get involved in order to reduce the space for economic forces in crowdsourcing activities. For example, scientists suggest a model, where people share data online and earn points that can be converted into money donated to charity. Such a model can make a change in citizens  incentives to engage more in social and democratic issues.