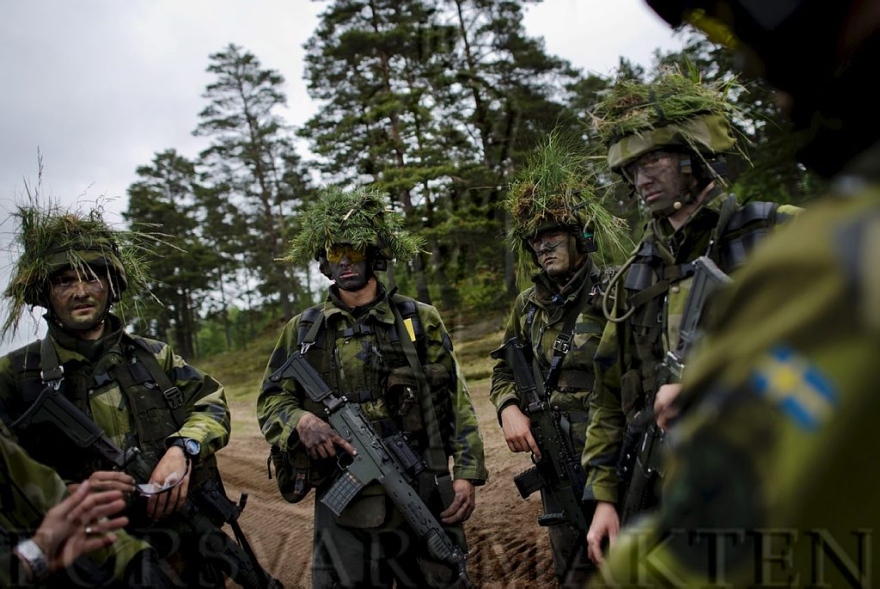 The work, carried out together with environmental officers in the regiment, was aimed primarily at developing a new program concept for future sampling, but also to get an in-depth analysis of the area where previously only the surface- and groundwater samples were taken.

Long military tradition. Engraving from Eksjo city from 1690 to 1710.

–  To sample fish and mushrooms is not so common in such contexts. But it went well although fishing rod proved to be an impossible method. We used fishing net instead and it went better, we got perch and bream, says Erik Svensson. 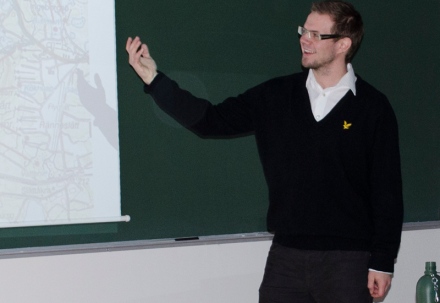 –  It is difficult to exactly determine what this may depend on. The fields' have been used for shootings and explosions for a long time and even land masses have been moved around, for example in the construction of new roads and shooting ranges, says Erik Svensson.

Whether the proposed sample program that Erik Svensson developed in his Master’s thesis will be used in Eksjö or not decided yet. But the previously used control is not sufficiently extensive or representative.

Lead usually constitutes a key element of the ammunition used on the firing range. Lead is a heavy metal that can cause serous damage to the environment and human health. The heavy metal copper is normally an additional component of the ammunition. Copper is not as damaging as lead in the corresponding content. These heavy metals are usually present as trace elements in different minerals containing iron. Therefore, the iron also was an interesting element to include in the study. Zinc can also become a pollutant, as it can occur in high concentrations in the military firing range.