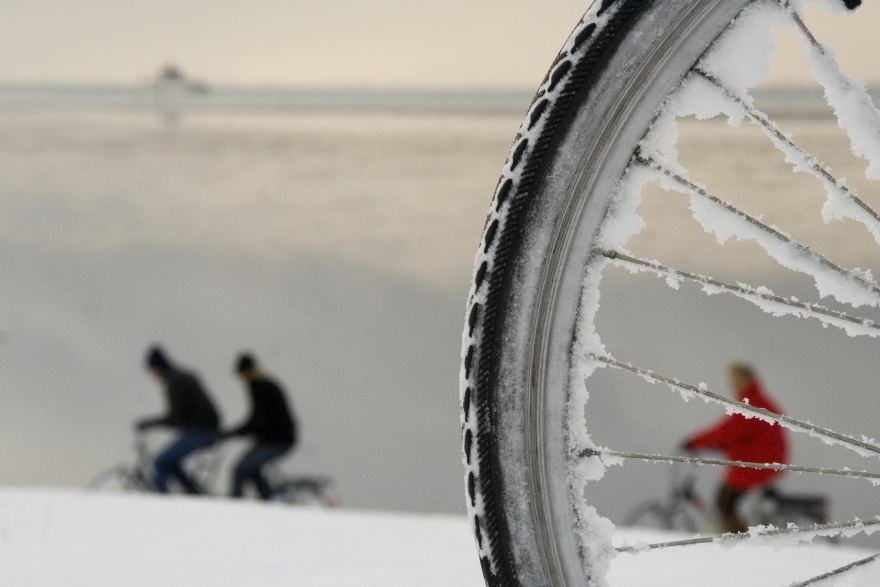 - If everyone would start cycling 20 percent more in Sweden, we would save 2 billion per year, says Arne Gylling, project manager at CDT at Luleå University of Technology.

The idea of ​​the project is that cyclist in Lulea themselves will be able to put information about navigability of the bike paths to thereby build together a constantly updated knowledge bank. A dedicated app like the app Waze available for motorists in cities today, may be developed for cyclists. In the app Waze, motorists can find out how accessibility in traffic looks for motorists. In the app for cyclists the cyclists will get updated status on accessibility in bicycle traffic, summer and winter.

- The app can work so that in winter when an offline snow plow, plowed a bicycle path clear, the route becomes highlighted green in the app. If it then snows on the route during the day the bike path might get highlighted in yellow, etc., before the snow plow caught out again, says Arne Gylling.

The research project will take six months,and is payed by Vinnova. It is a collaboration between Luleå , NTF and Luleå University of Technology. Folksam is also a partner in the project. The aim is to improve public health and the environment.

In the project there will also be put out a couple of sensors that measure the number of cyclists in traffic, to see if the project provides an increase in bicycle use or not.

In the project there will also be different ideas discussed to promote cycling to improve public health and the environment.

- One idea could be that those who are "cyclist" but at some point have to take the car into the city, could be offered some sort of reduction of parking in the city center. But if it becomes a reality, I do not know, says Arne Gylling.