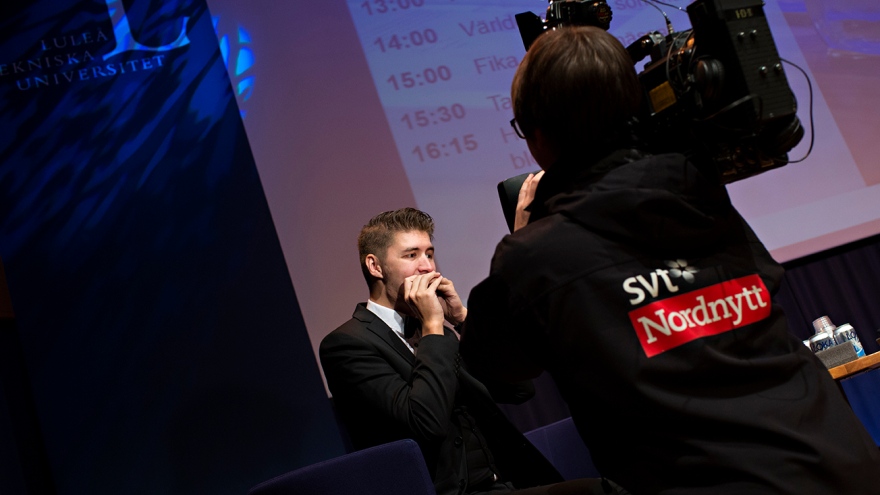 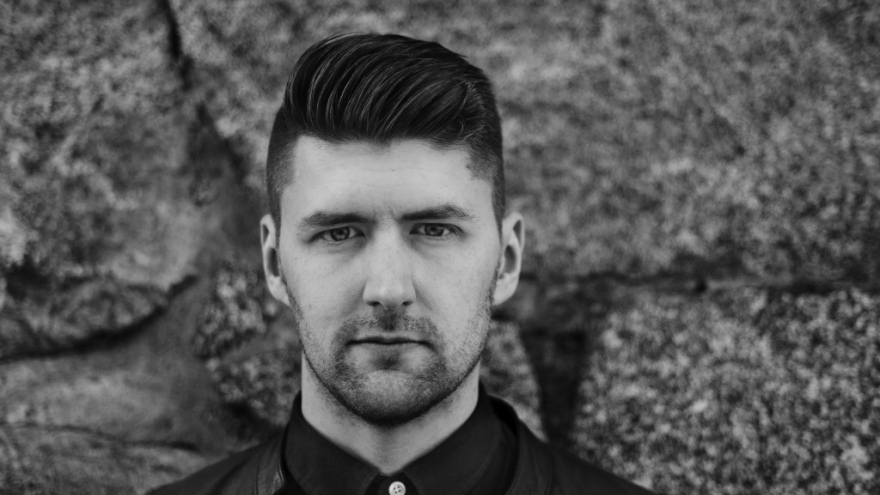 - It feels incredibly fun. I was very happy and surprised, says Mikael Fall who has previously been awarded the title of world champion in harmonica and been named Alumnus of the Year at Luleå University of Technology in 2014.

The scholarship was founded by musician, composer and orchestra leader Gunnar Hoffsten (1923-2010) but is managed today by his daughter Louise Hoffsten and her two siblings. Michael Fall has been awarded prizes for his music on several occasions but he think it is extra special with the Gunnar Hoff Stens scholarship.

- It's always fun to win prices but to get a scholarship in person from the Hoffstens, who is from the same town as me, is very special and it's also fun that the work you put into the instrument will be highlighted.

The prize money of great help

Freelance musician Mikael Fall is composing on a major piece for harmonica and symphonic orchestra right now, and there are also plans for a solo album soon.

- The prize money of 40 000 swedish krones make a big difference for me, says Mikael Fall who hopes that the scholarship will help him take another step on the career ladder.

- Hopefully it gets me off the ground and that the possibilities for me as a musician and composer is expanded.

Very much enjoyed the studies

Mikael Fall studied music specializing in composition at the Music Academy at Luleå University of Technology and graduated in 2011. A time he remembers with great warmth.

- I very much enjoyed it. The opportunities that existed at the Music Academy was huge. I think I produced, arranged and wrote songs for dozens of concerts and co-operated closely with students from all other courses on campus in Piteå, says Michael Case, noting that the studies have defined him in a variety of ways.

- A burning curiosity and stubbornness was built up in me during the six years I lived and worked in Piteå. Now we just have to keep that feeling here in Stockholm despite CSN money now goes out instead of into the account.