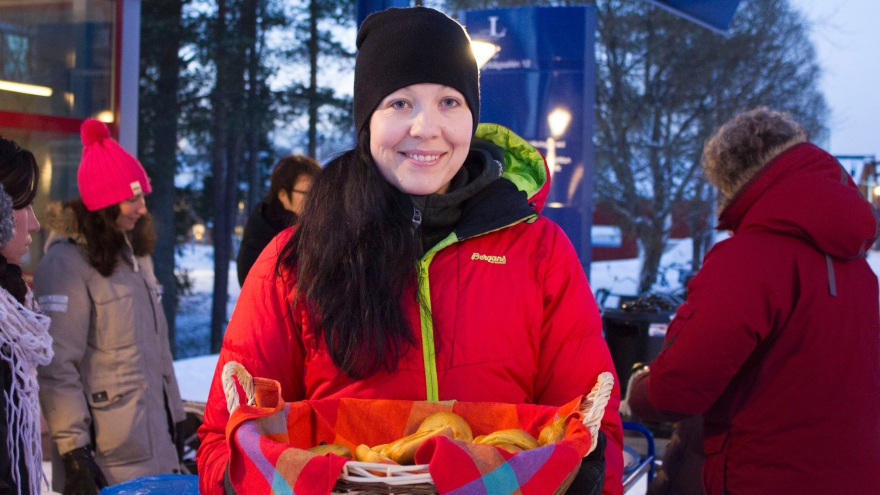 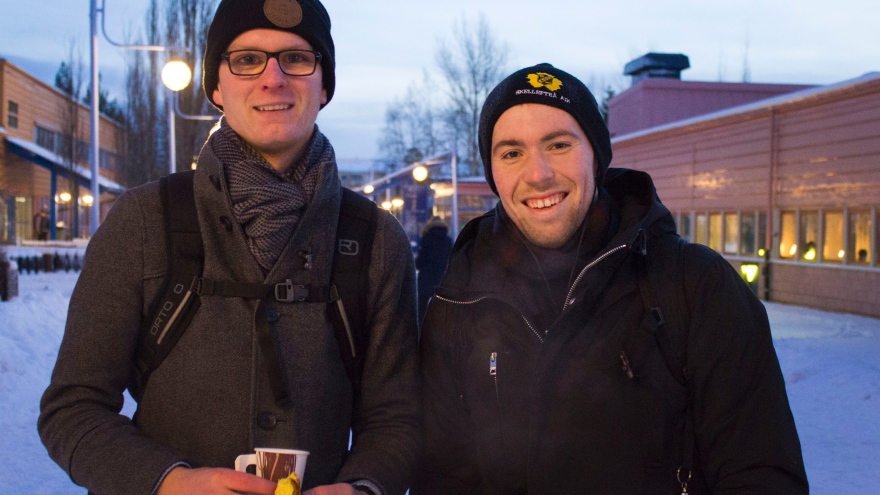 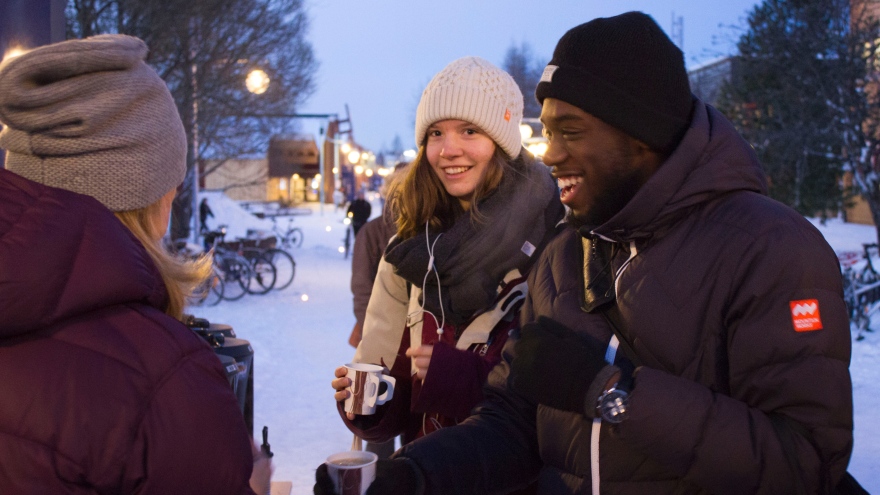 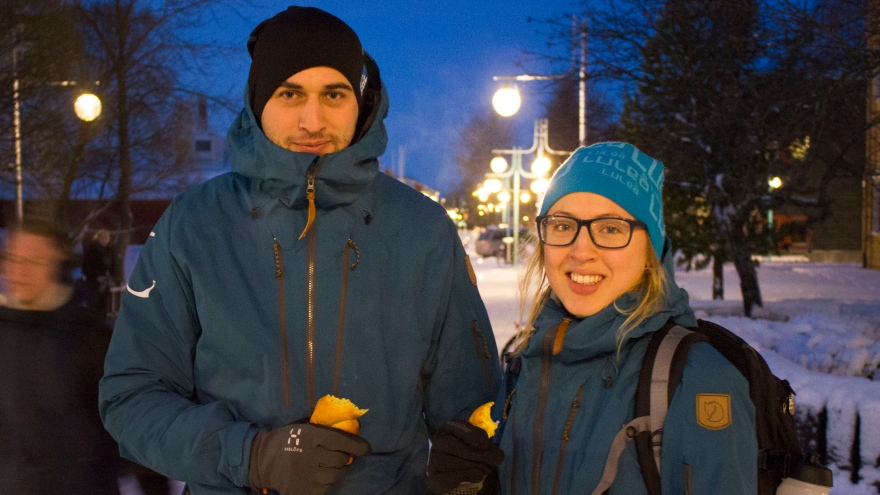 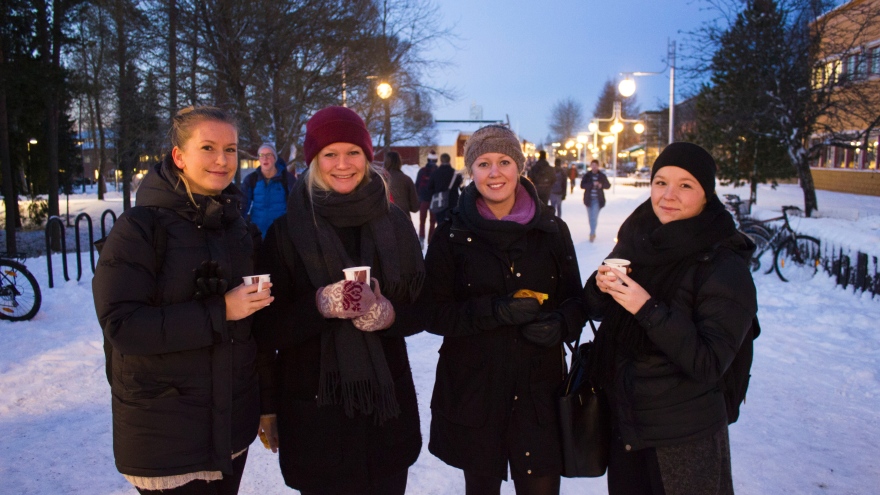 Students and staff listened to the choir Snapsakademien 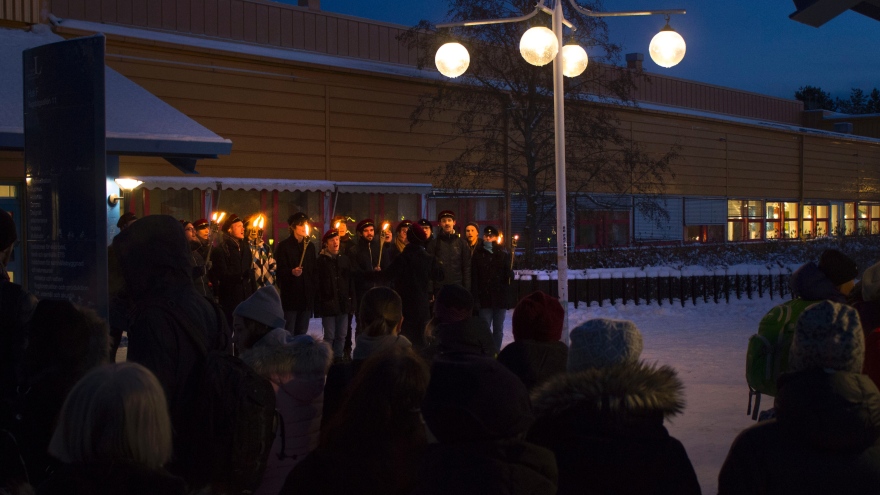 Early in the morning during the darkest month of the year Snapsakademien marched through the torch-lit avenue. They sang traditional Christmas songs and hundreds of people were there to listen for a while before they dispersed for the todays lectures, meetings and tasks.

– This is very cozy and I love Snapsakademien. It's also nice that the torches and fires are lit throughout December, says Tove Wireby student at the Physiotherapy program.

Despite the rain earlier this week the snow had put a wintery blanket over the campus and framed the event. Jennie Hägg Wilhelmsson, director of the Career Center is one of those who held the strings.

– Light in the Dark is an evocative tradition and we hope to give some light to our students and staff during this time that otherwise could be dark and tough, she says.