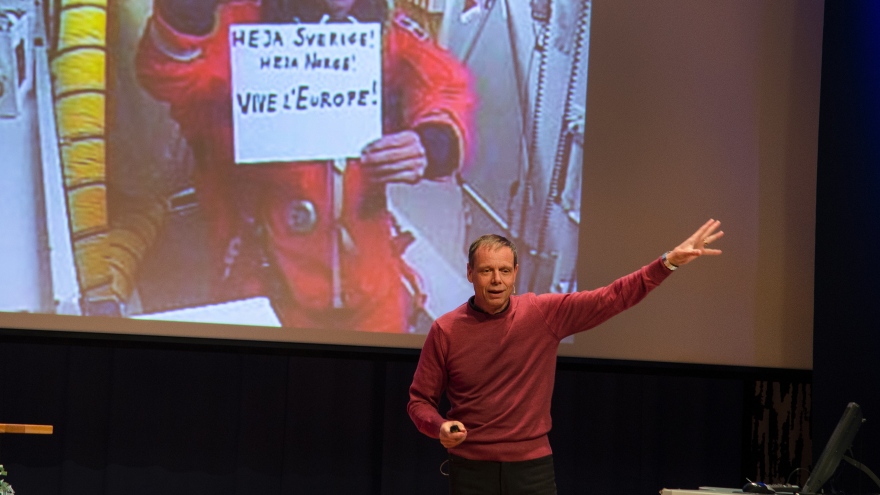 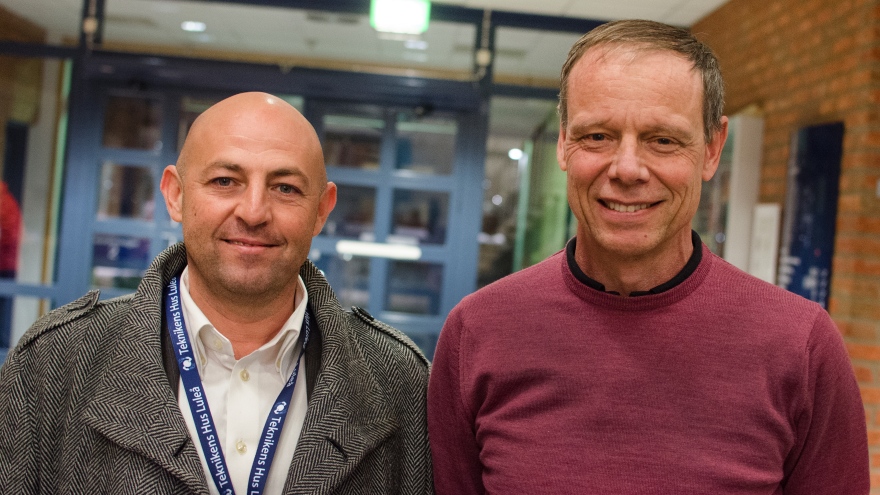 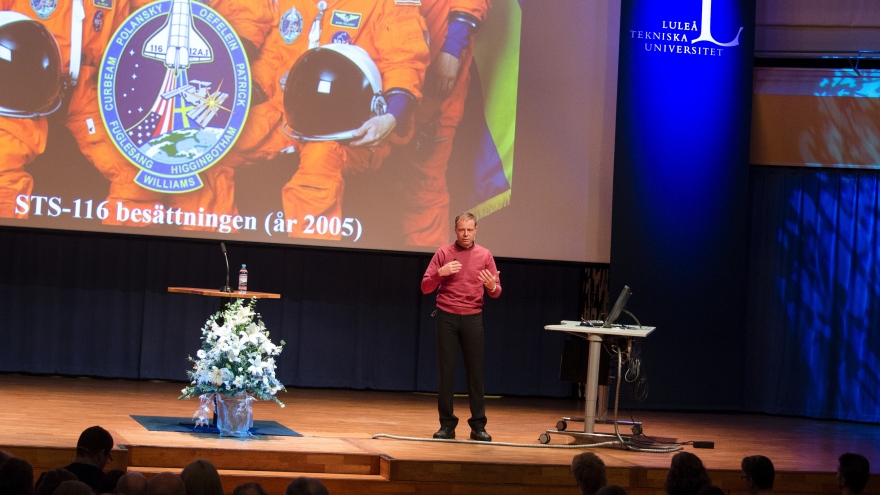 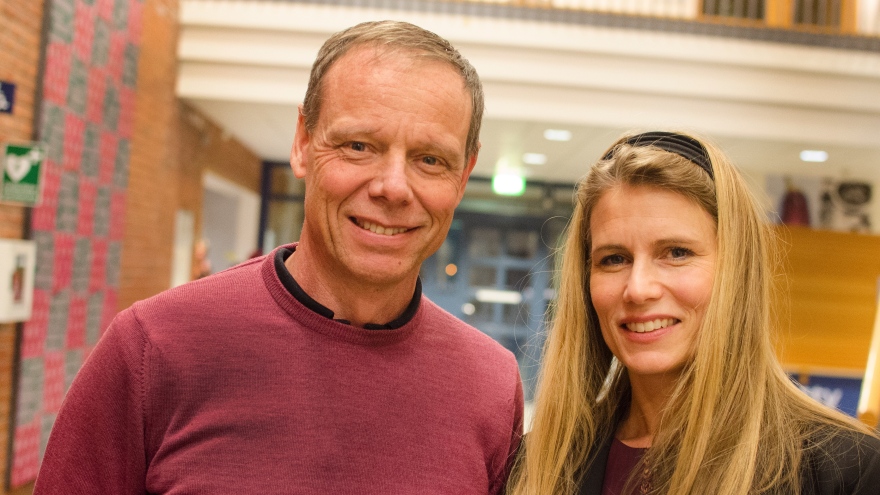 After the lecture the audience got to ask questions to Christer Fuglesang. 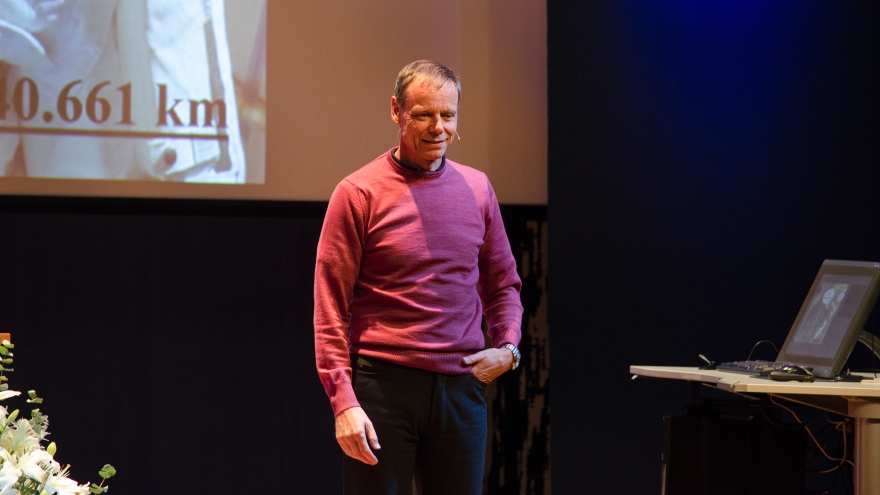 – Teachers are a very important category of people. With my lecture, I try to give some hints on what I'm talking about when I tell schoolchildren about my time as an astronaut. Hopefully these aspiring and practicing teachers get some ideas that they later can take with them into the classroom, Christer Fuglesang said. Today he is a researcher at KTH in Stockholm.

As an astronaut and scientist, he thinks that it is extra special to meet the students and staff at Luleå University of Technology.

– It feels really great to be here at Luleå University of Technology, it is one of the real space centers located in Sweden. I would say that there is no other university that has so much space research. Although I am now trying to strengthen positions on the topic at KTH.

During the lecture, the many listeners got to share his experiences as an astronaut and researcher. In addition to the big questions like a possible colonization of Mars, he also revealed curiosities that astronauts undergo a "galactic potty training" before space flight and the wrinkles are smoothed out in space thanks to weightlessness.

Want to work with Luleå University of Technology

Christer Fuglesang has visited Luleå University of Technology in Kiruna several times and have a good knowledge of space research conducted there. The discovery of water on Mars, where Javier Martin-Torres, professor at Luleå University, was instrumental is a major breakthrough for future space missions to the Red Planet.

– We now know that there is water on Mars, and it facilitates the work before we start sending people to march. That there is water on the site means that we do not need to send water in the spacecraft, and it is a big advantage, says Christer Fuglesang, who want to begin an even more closely cooperation with Javier Martin-Torres and his research team at the university.

– I visited Javier in Kiruna just a month ago. We have said that we should try to find a collaborative project in the future.

Caroline Graeske, assistant professor at the university, feel it is an honor that such a prominent researchers choose to visit teacher education at Luleå University.

– It means a lot. We are happy and proud that he chose to lecture just for teacher educators, student teachers and practicing teachers. He is a role model for science and thus the school.