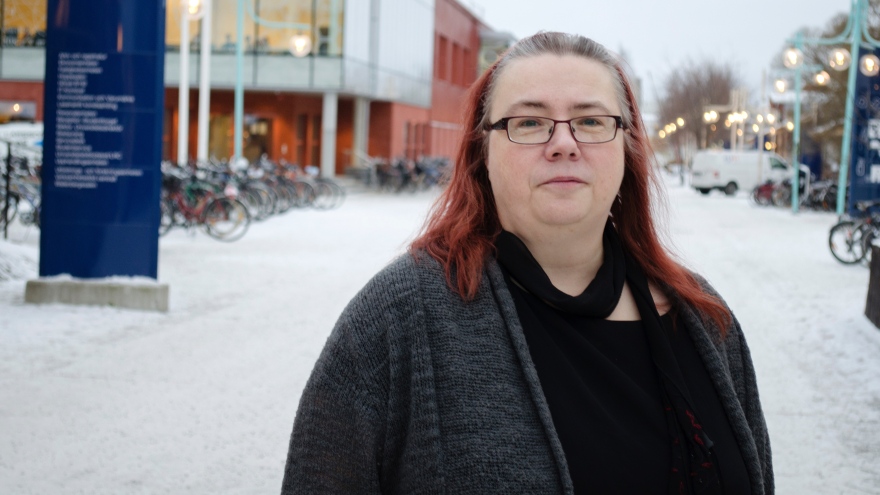 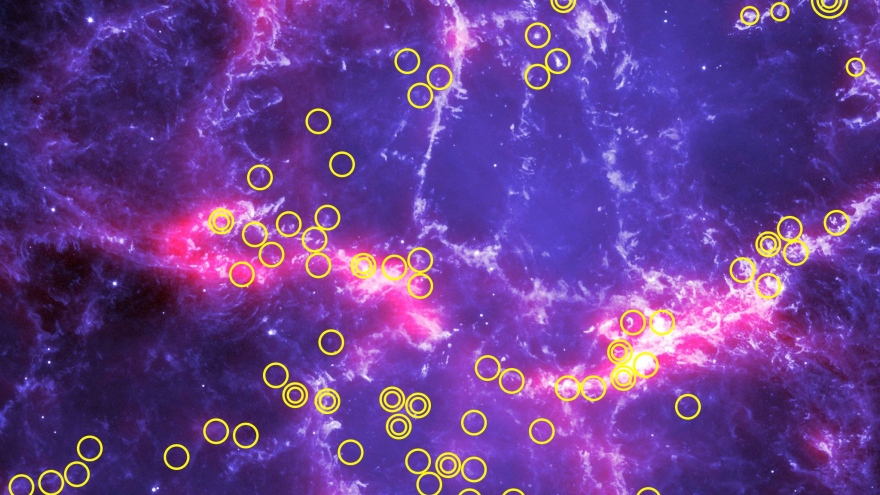 Orientations of elongated objects on the background of the HST image. Credit: HST, ESA, NASA. 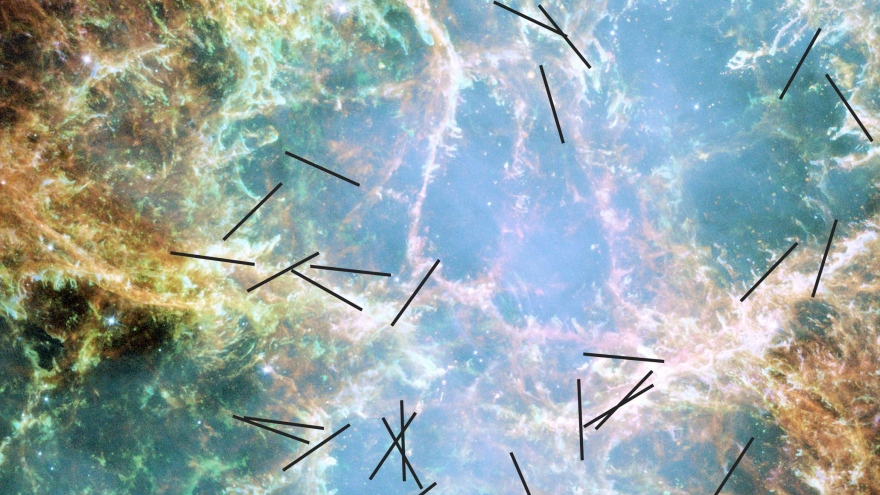 The beautiful Crab Nebula is a brilliant remnant of a massive star that exploded as a supernova in 1054 AD. The object is one of the most studied in the sky and is located in the Taurus constellation, 6500 light years from Earth. In the center is a compact remnant of the star, a neutron star, and the surrounding gas shines in all wavelengths.

– In interstellar space there are cold clouds that contain gas and dust, and according to some theories, most of the dust are from the supernova remnants. The background to this work is our surveys of small dusty clumps, which we call globulettes, and these are present in the nebulae surrounding the newly formed star clusters. To our surprise, we discovered that there are plenty of similar objects also in the Crab Nebula. We decided to examine these more closely to determine how they might differ from globulettes, says Tiia Grenman, graduate student in Applied Physics at the Luleå University of Technology.

Images from the Hubble telescope

Along with Gösta Gahm, Professor of Astronomy at Stockholm University, and Erik Elfgren, PhD in Physics and lecturer in Energy Engineering at Luleå University of Technology, Tiia Grenman analyzed a set of images taken with the Hubble Space Telescope (HST). They found 92 small objects with an average radius of 500 astronomical units1, which they call globules, each with a mass only a few times larger than Earth's mass.

– From the images taken with the HST over 20 years, we found that the globules are moving very fast, with more than 1000 km/sec in the direction from the center, and they follow the expansion of the nebula. The dust will eventually end up in the surrounding space. From measurements at various wavelengths, we were able to show that the grain size is the same as the interstellar grains. Dust grains from supernova remnants are thus an important source of interstellar dust, says Tiia Grenman.

– Finally, we presented a theory of the globules origin where embryos to dust grains formed in the gas bubbles, turbulent cells, in the atmosphere of a giant star that exploded and caused the Crab Nebula. The grains can then be processed further in the expansion.

The most interesting conclusion of the article Tiia Grenman summarizes as:

– That the globules in the Crab Nebula have twice the dust than the one derived for another supernova remnant, SNR 1987A, and that the dust is ejected into the surrounding interstellar space.

In a larger perspective, the dust from the supernova will enrich the interstellar medium2 with small grains like normal interstellar grains. Interstellar dust can thus partly originate from supernovas. It is out of such materials that the Earth and our neighboring planets once formed.

– Our study provides a small piece of the puzzle in our quest to understand the physical processes in supernovas and the interstellar medium. But the results also raise new questions, such as the origin of the dust grains. What has been the most fun with the study is to discover something new and to contribute to other points of view in this field, says Tiia Grenman.

The next step in the research is that for the first time be able to distinguish globules in the infrared James Webb Space Telescope, which will go into orbit in 2017. It can provide important information about the dust is cold or hot.

The article will be published in the European journal Astronomy & Astrophysics. It has also been noted in Cassiopeiabloggen, the american phys.org (where it was shared 576 times), and the Russian news site Astronovosti.

1 = one astronomical unit is the distance between Earth and the sun.

2 = the interstellar medium is the matter, mainly in the form of gas, plasma and space dust, which is found between the stars in the universe.

Read the article here
Dusty globules in the Crab Nebula

The article in the media