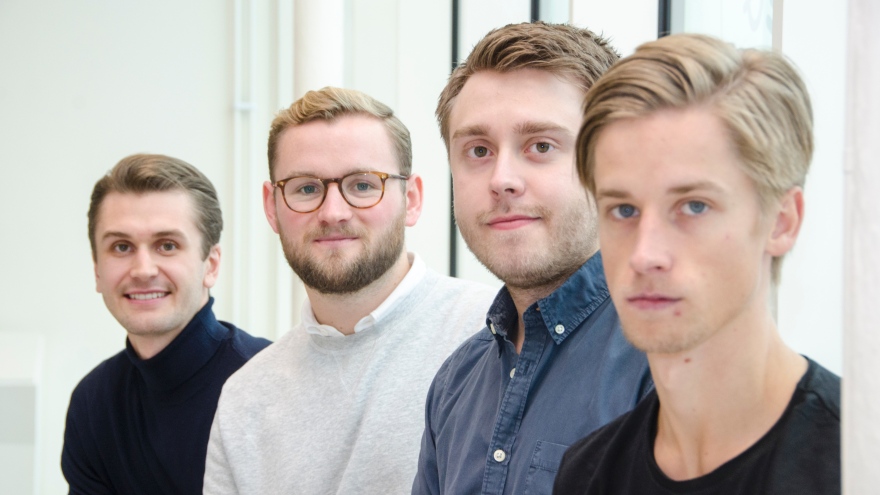 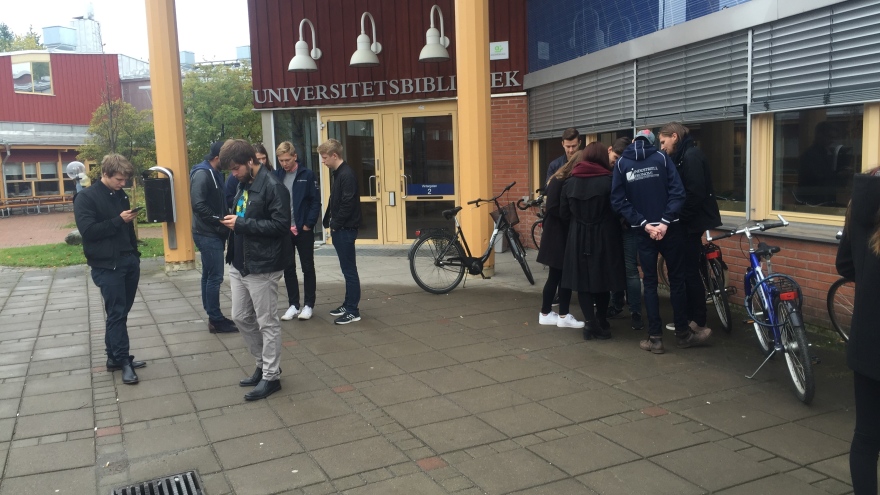 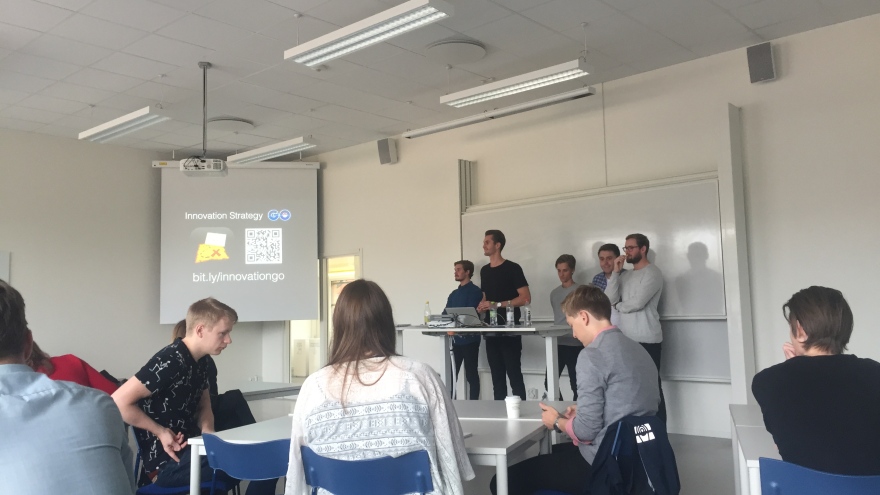 – We have received very positive feedback from our classmates, which is super fun. They thought it was an innovative and fun way to learn on. They seemed very pleased with the lesson and had never tried anything like this during their education, says Simon Sare, student in Industrial and Management Engineering.

– I think this is a good example of how the students themselves have embraced the call to be creative and take risks. Sometimes become innovations a success, sometimes not. To dare to try is the thing, and now that it was so successful, it gives the students motivation to continue to think outside the given framework. That's what we aim for, says Sara Thorgren, teacher in the course.

The students' assignment was to implement a student-led lesson with half theory and half practice. One of the teams consisted of Simon Sare, Hampus Melby, Oskar Nyqvist, Max Larsson and Jonas Axelsson. All are students in Industrial and Management Engineering. They decided to create a virtual geocatch in order to stimulate learning in a new and innovative way.

– We wanted to use mobile phones as a tool, because they are not normally used in teaching, but still is a big part of most people's lives. Thereby, we hoped to create interest and encourage our classmates to learning, says Simon Sare.

The team's task was to introduce the topic of innovation strategy. Influenced by the app Pokémon Go, they chose to create Innovation Strategy Go.

Classmates had to follow a predetermined route on the university campus. At the six stops the group had hidden short films that they had recorded. The films took up the theories and models of innovation strategy. They also contained examples of how well known companies use innovation strategy. After the film, students were asked to answer a series of questions based on the theory, and then sent to a new location.

– All were involved in the discussions in the classroom afterwards, and we saw clearly that the class had learned from the geocache says Max Larsson.

The application Xnote was used to create the virtual geocache. It can be downloaded from App Store. The student’s virtual geocache is available on bit.ly/innovationgo. It requires a smartphone and that you are at Luleå University of Technology.