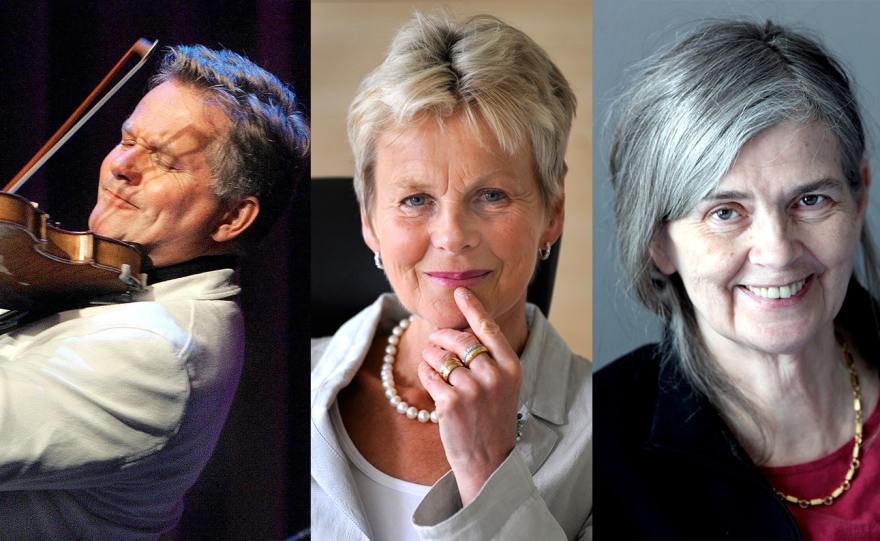 The philosophical and technical faculty at the Luleå University annually appoints honorary doctorates. This year the Faculty of Arts choose to appoint the author Gerda Helena Lindskog and Svante Lindqvist, musicians, writer and playwrighter to the 2016 honorary doctorates.

Cathrine Norberg, Dean of the Faculty of Arts at Luleå University comment this year's appointment of honorary doctorates:

- Gerda Helena Lindskog and Svante Lindqvist both, in different ways, for a long time with great commitment and artistic sharpness, has contributed and spread knowledge of our northern culture that is worthy of all attention.

Gerda Helena Lindskog is a Swedish writer who over the years produced a number of publications of great importance to the northern culture with a special focus on children's living conditions. She now lives in Luleå, where she arrived for the first time as a librarian. Lindskog debuted in 1987 as the author of the book Benjamin dansar inte. After some time in Northern Norway her interest in the Northern children's literature awakened. The first work in the field of tourism with the North Norwegian literature for children came out in 1991. It was the starting point of the project Norrbarn, a bibliography of 470 children's books that deal with people, animals and nature in the north.

Svante Lindqvist is a musician, playwrighter and author with roots in Malmfälten. He has during a long time provided important contributions to Swedish cultural life and spread awareness of the Norrbotten heritage. Svante Lindqvist has written hundreds of folk songs, published in the book Folk music in Norrbotten. In 1977 he co-founded the folk music group J P Nystrom, where he still works, and through which the recorded music was conveyed to the world. The group has released numerous CDs, appeared in radio and TV programs in Sweden and abroad and toured in many European countries and in North America and Japan. Lindqvist was appointed to riksspelman in 1977.

Elisabeth Nilsson, County Governor of Östergötland and former CEO eg for SSAB Merox and Jernkontoret is appointed to 2016 years honorary doctor in the Faculty of engineering, Luleå University of Technology.  She got her education at the university and is one of the first female rock engineers in Sweden

–  It is very nice to be able to honor an alumnus from Norrbotten who made a brilliant career in an industry that has strong ties to the university and Luleå, says Roland Larsson, Dean of the Faculty of Engineering at Luleå University of Technology.

The motivation for the appointment of Elisabeth Nilsson to honorary doctorate reads:

Elisabeth Nilsson was born in Norrbotten, in Soren in Kalix Municipality. She studied at the  geoteknology program at Luleå University of Technology. When she graduated in the mid-70s, she was one of the first female rock engineers in Sweden. After graduation, she has made a brilliant career in the male-dominated steel industry. She started her career at the Norrbottens Järnverk that later became SSAB, in 1976. She has been CEO of SSAB Merox, and production manager in charge of the Metallurgy Division of SSAB Oxelösund, where she was part of the company management.

Elisabeth Nilsson was elected as a member of the Academy of Engineering Sciences in 2007, and she has several directorships, including Boliden, the Swedish Maritime Administration, Euromaint, 4th AP Fund and Sveaskog.

Elisabeth Nilsson is one of the first rock engineers trained in Lulea and is a very good representative of Luleå University of Technology, Norrbotten and steel industry.