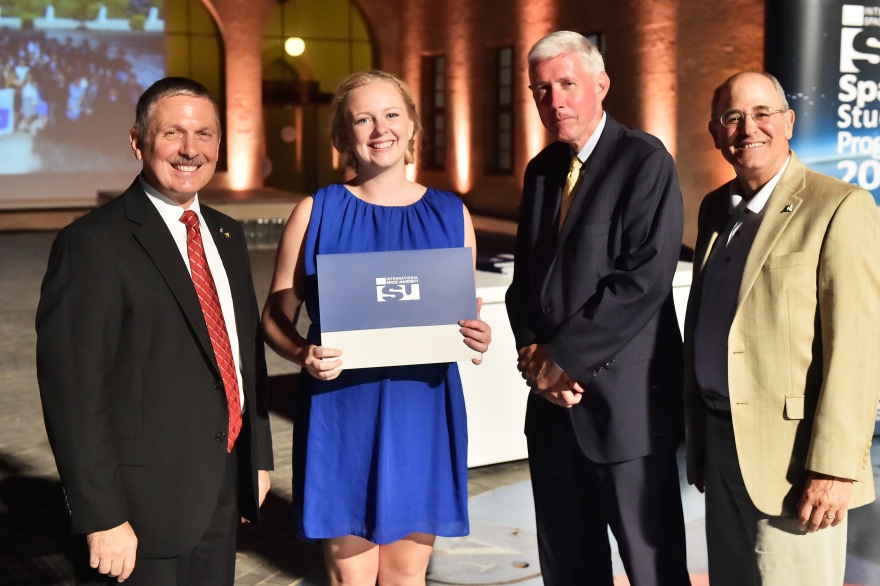 Hannah Petersson, who is in her fourth year of the Master Programme in Space Engineering, gets her diploma after completing the training the Space Studies Program. Also in the picture is John Connolly, SSP, Thomas Cremins, NASA, and Steven Brody, vice president of the International Space University. Photo: Nitzan Zohar View original picture , opens in new tab/window

SSP is organized annually by the International Space University and this time it was located at the Technion – Israel Institute of Technology in Haifa, Israel. SSP is a two-month course filled with space-related lectures and field trips.

– We have been taught by astronauts, people from NASA and ESA and the world's leading space entrepreneur. We have learned about control engineering with space applications and generally learned a lot about computer systems on satellites and the International Space Station, says Hannah Petersson.

The participants also got to listen to a lecture by Buzz Aldrin, the astronaut who traveled with Apollo 11 and is one of the few people who set foot on the Moon, visit observatory and launch experiments in weightlessness. A total of 104 students from 26 different countries participated in this year's edition of the SSP.

– The most important thing I learned was to work in an international group of people. 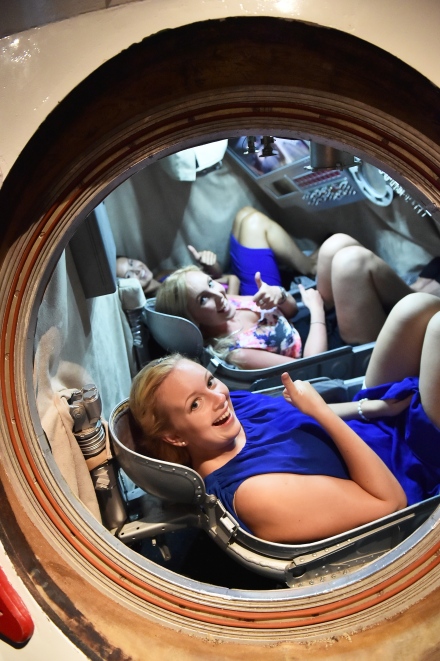 During the SSP Hannah Petersson also participated in a project about the ability to send manned spacecrafts to Mars. She was part of a team whose mission was to find technologies and inventions that exist on Earth but could be used by people on Mars, and techniques that could be used on Mars and also beneficial to us on earth. One proposal that the group presented, for example, was the use of yeasts that can be "programmed" to produce various medicines, such as antibiotics. Then future Mars travelers wouldn't have to bring medications to Mars – instead produce on demand.

– I was selected to go and present our project at the International Astronautical Conference in Guadalajara, Mexico. The presentation itself went great, there were quite a few who listened and we got good criticism afterwards. The coolest thing was that Buzz Aldrin sat in the audience!

What is it that fascinates you about space?

– That there is so much we do not know about it! I also believe that all the answers to our existential questions are out there somewhere – we just have to find them!

Hannah Petersson got part of her education at SSP funded by Per Bengtssons stiftelse för främjandet av vetenskapliga studier och forskning at Luleå University of Technology.