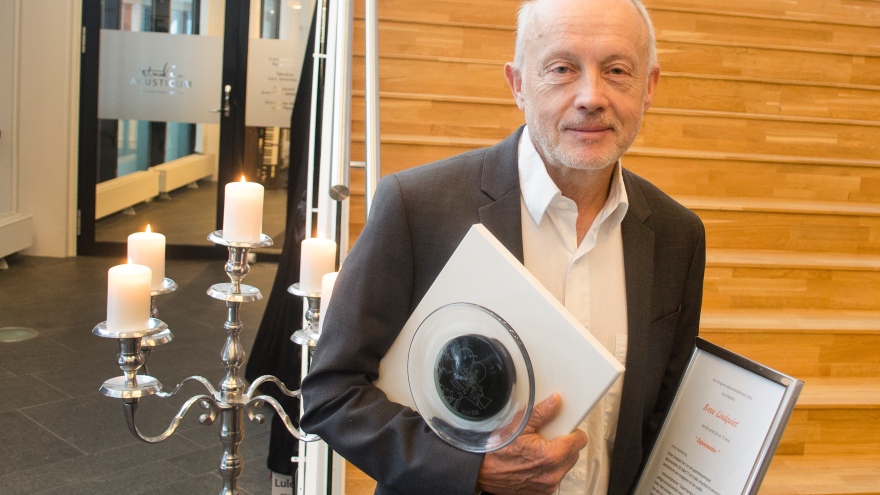 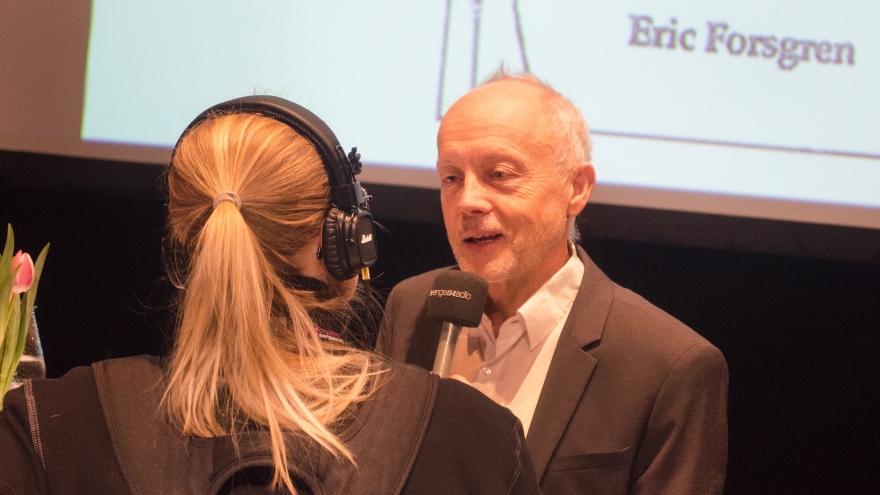 - It is both an honor and unexpected. Not least because it was very good films that were nominated this year. It could just as well have been those who got the price so it feels great, says Bosse Lindquist at the awards ceremony at the Academy of Music at Luleå University of Technology.

The documentary series about Macchiarinis infamous research has attracted much attention in both Swedish and international press. It all began with a tip from inside the Karolinska Institute.

- I got a tip from a retired professor that something was seriously wrong and that four surgeons had in vain tried to warn his hospital management and Karolinska Institutet that a colleague experimented on patients with fatal consequences and lied about the results in scientific publications. So I felt a need to try to find out who was right on the issue, says Bosse Lindquist and continues.

- It was incredibly exciting to work with this but we were pretty lucky too, not least because there was a lot of material to dig in. There are, for example, filmed operations where one can actually see what went wrong.

Important research to be corrected

In the aftermath of the documentary, several employees has been forced to resign from their posts and Paolo Macchiarini is under criminal investigation in Sweden and Italy. Bosse Lindquist hope it does not end there.

- Firstly, I hope that the documentary and what we revealed should lead to a continued cleansing within Karolinska Institutet and Karolinska University Hospital and that it is also a cleansing of the scientific articles. Still some of the scientific publications in, for example, The Lancet and Nature remain and have not been withdrawn. It is extremely important that the science is corrected.

Eric Forsgren's documentary prize was awarded for the ninth consecutive year, the prize sum of SEK 100 000 is the largest in documentaries in Sweden. Bosse Lindquist says he does not know what he will do with the money but it is a welcome addition.

- As a documentary filmmaker, you always have a lot of holes to fill.

Eric Forsgren is Sweden's foremost documentary pioneer and was the first from the Swedish Radio that was commissioned to reflect the northern part of Sweden at the end of the 1950s. In 2008 he decided to set aside one million crowns to the price to be awarded each year for ten years.
Documentary Day is part of Norrbotten Media Week and organized in collaboration with Luleå University of Technology, Sparbanken Nord, Piteå Kommun and Fimpool Nord.

Other nominees were: Martha and Niki by Tora Mkandawire Martens and Eugen - the Red Prince and Karl Gerhard - revue king by Astrid Ohlsén.