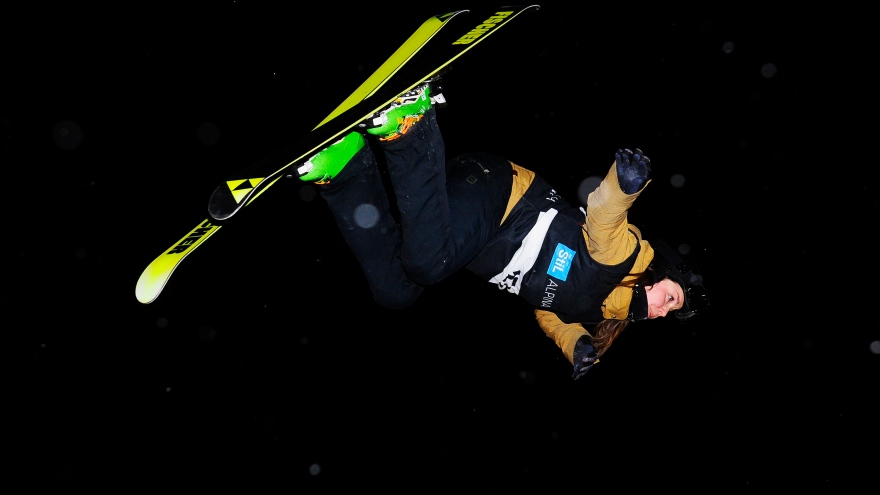 Tobias Karlsson won the snowboard class with a Switch Backside 540. 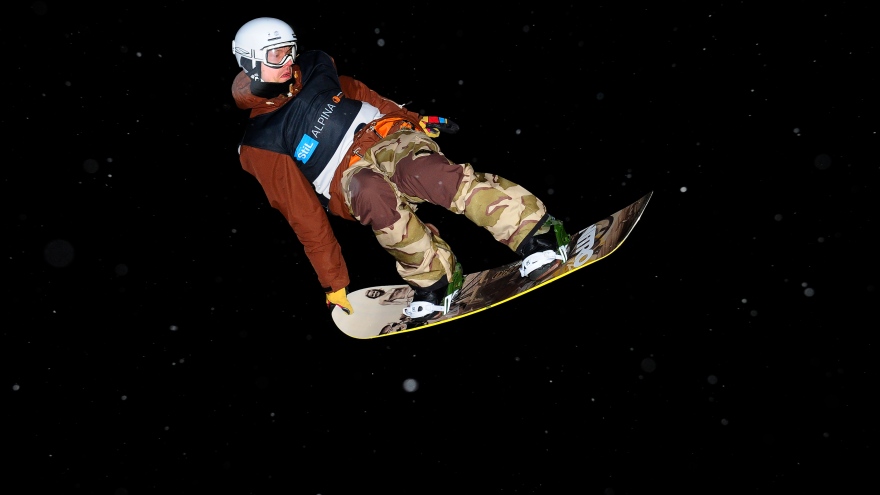 The winners of the alpine men 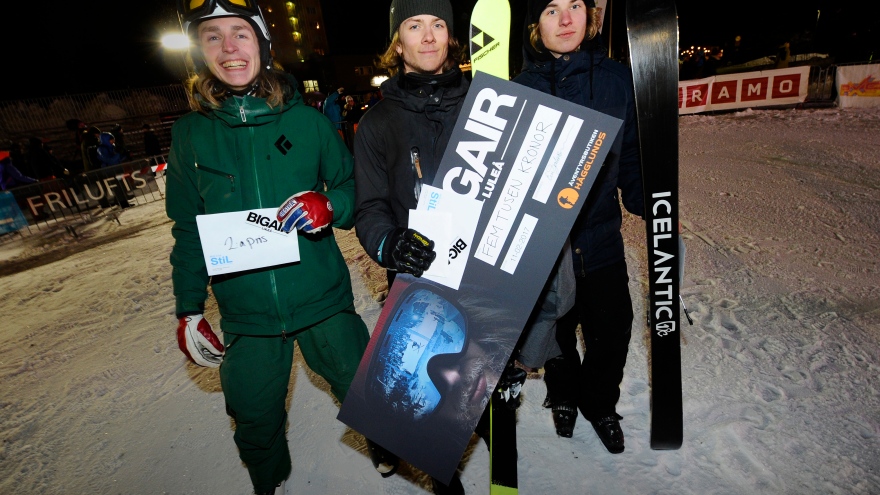 The winners of the alpine women 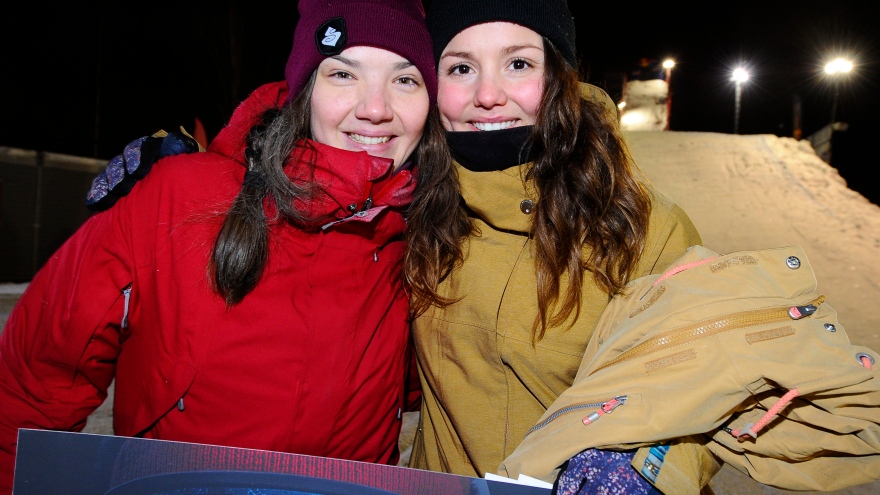 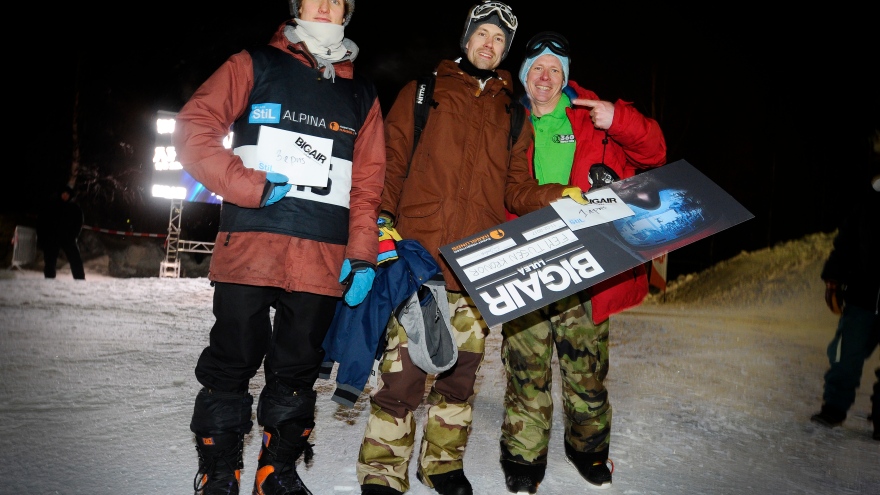 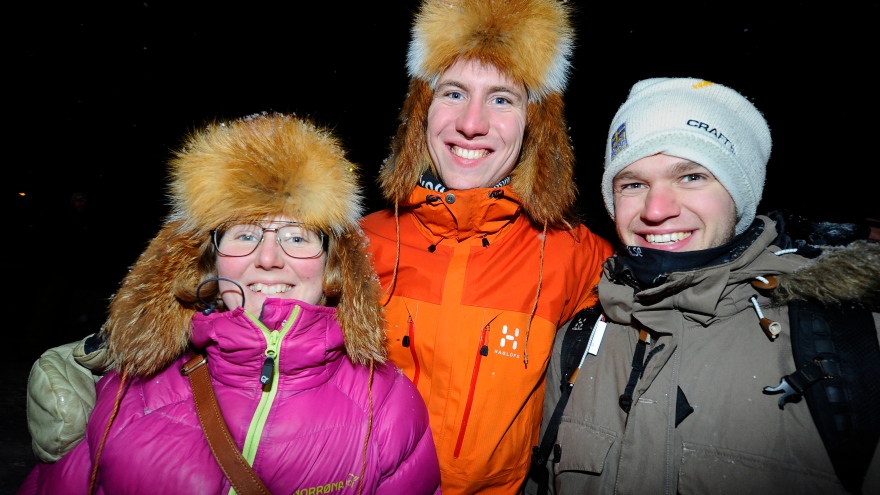 Omar Sily and Qatr Alnada-Mahmood visited Luleå Big Air with their children and Husam and Ahmed. 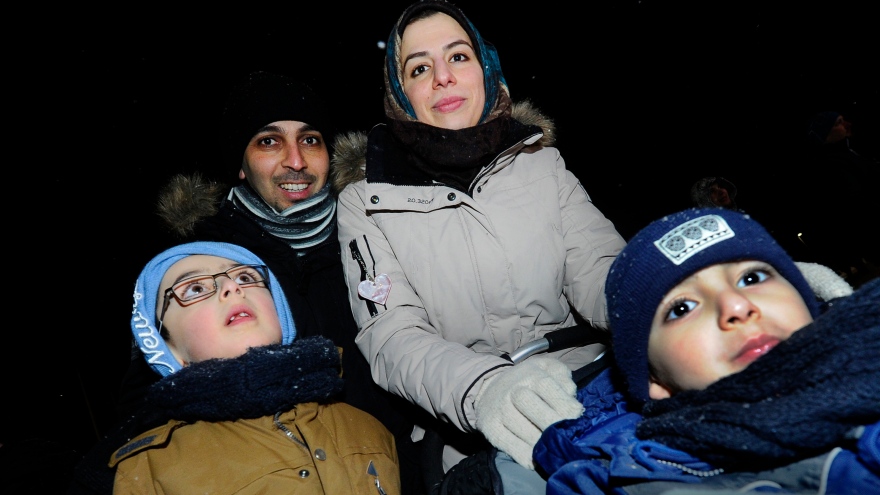 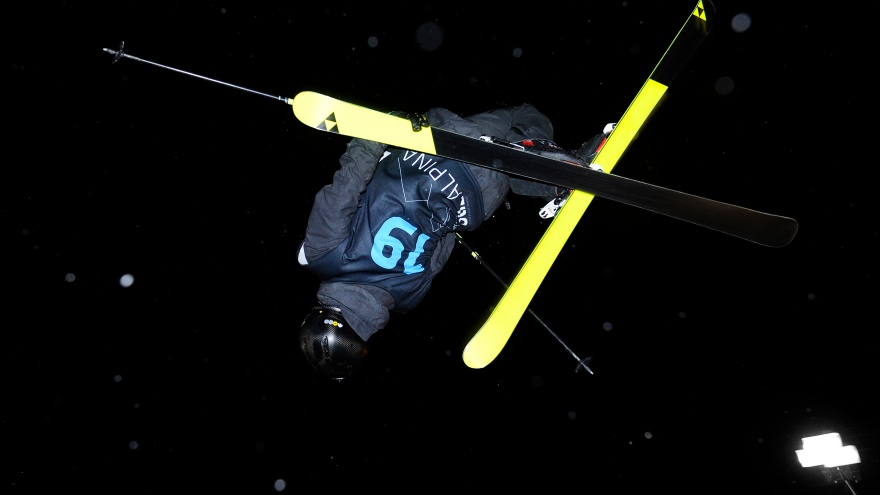 Between the qualifiers and finals were treated to fireworks, live music, campfire and coffee. 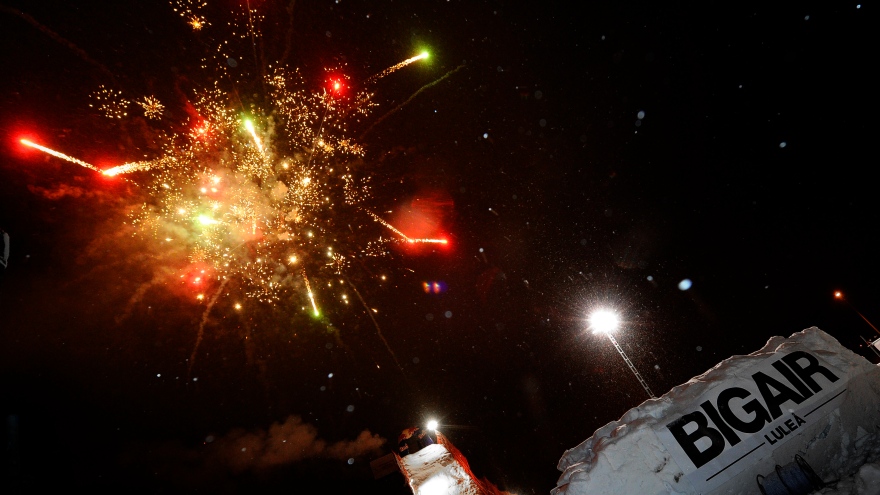 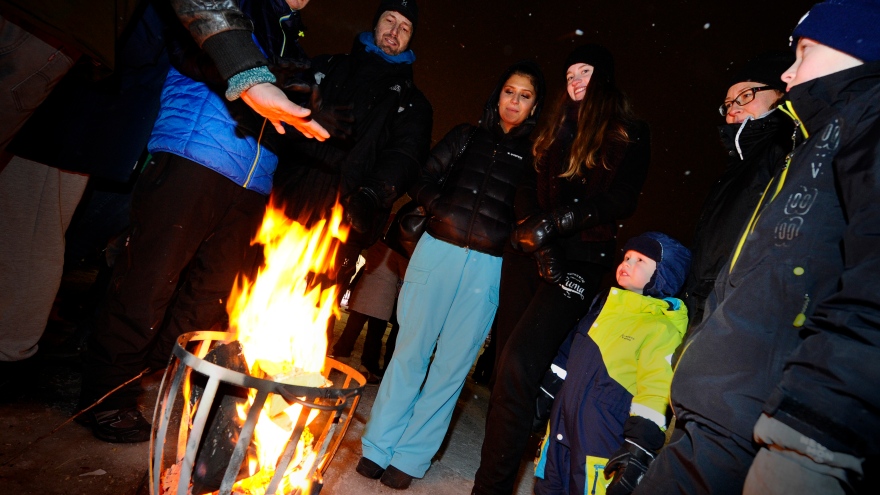 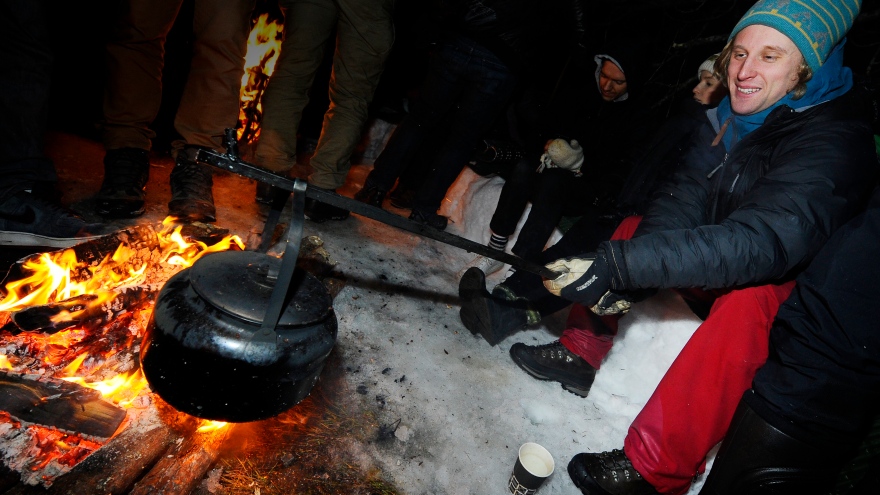 Stefan Lindstedt came on third place in the men 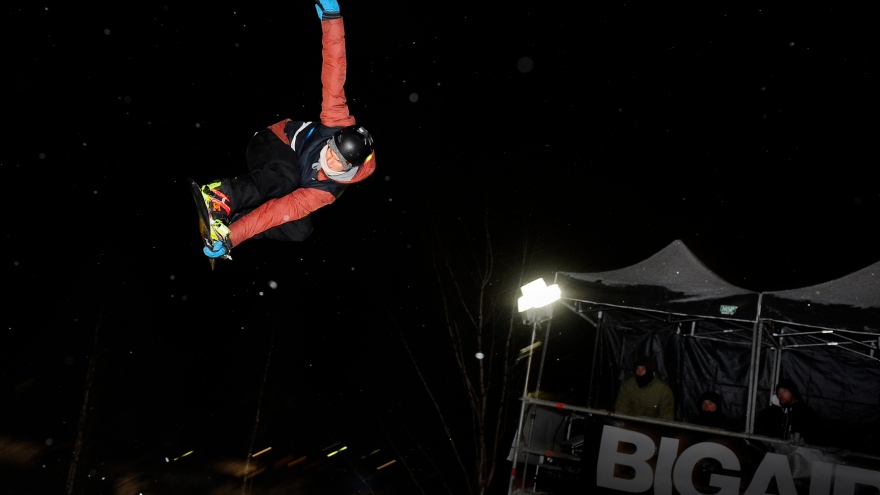 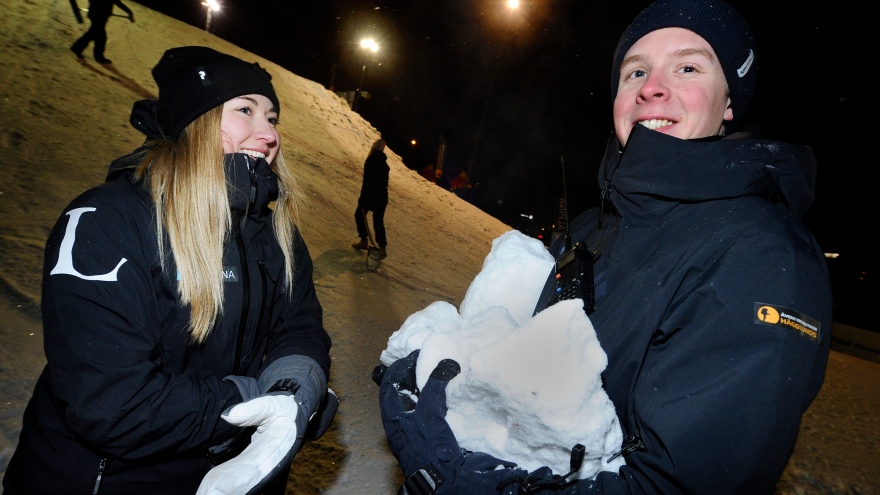 "We have had a better line-up than ever this year and the level has been impressive." says Simon Bäckman, judge 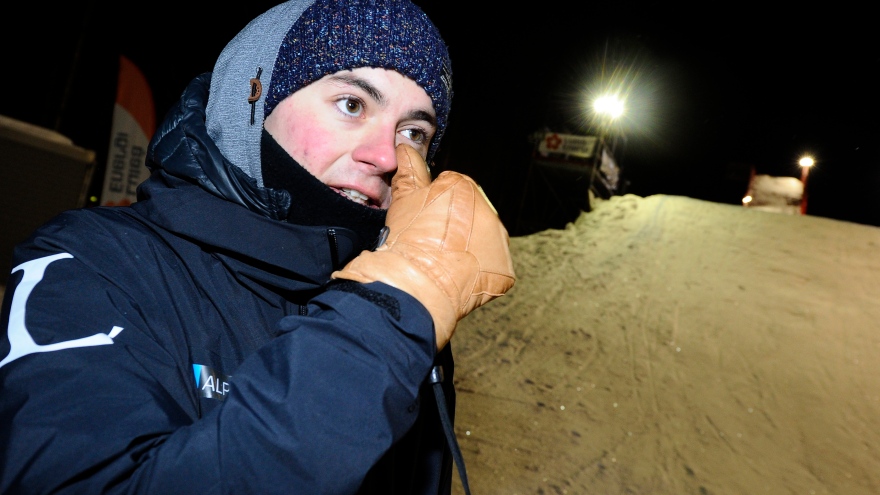 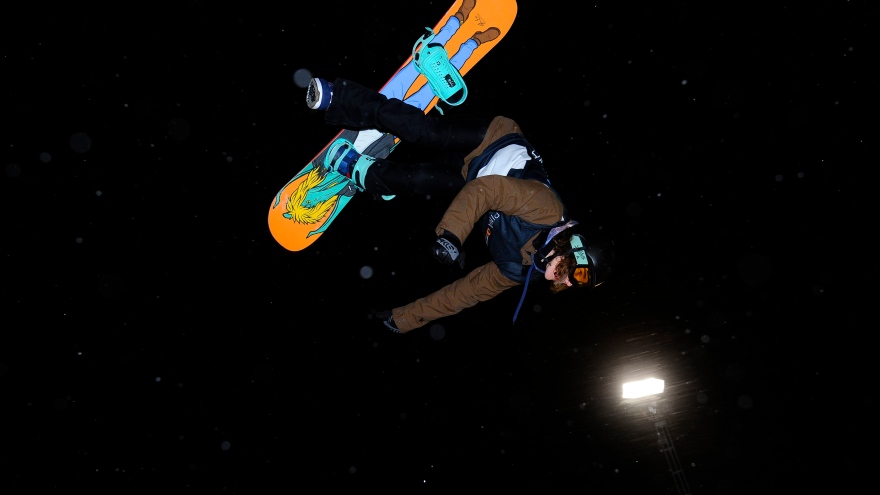 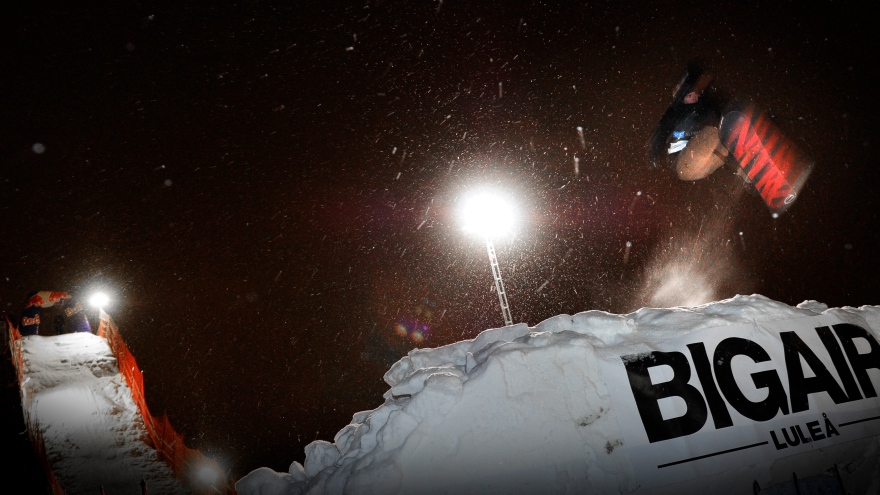 The brothers Ludvig and Albin Lundström along with their friend Elias Hedström waiting for the finals. 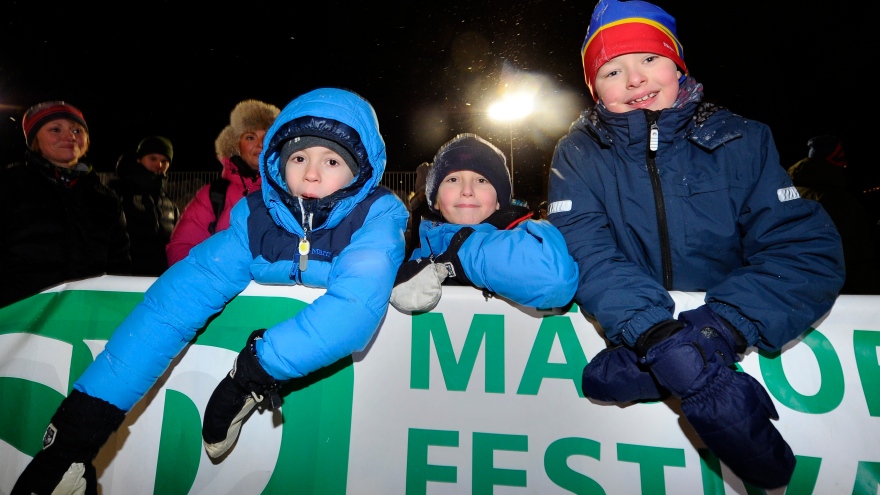 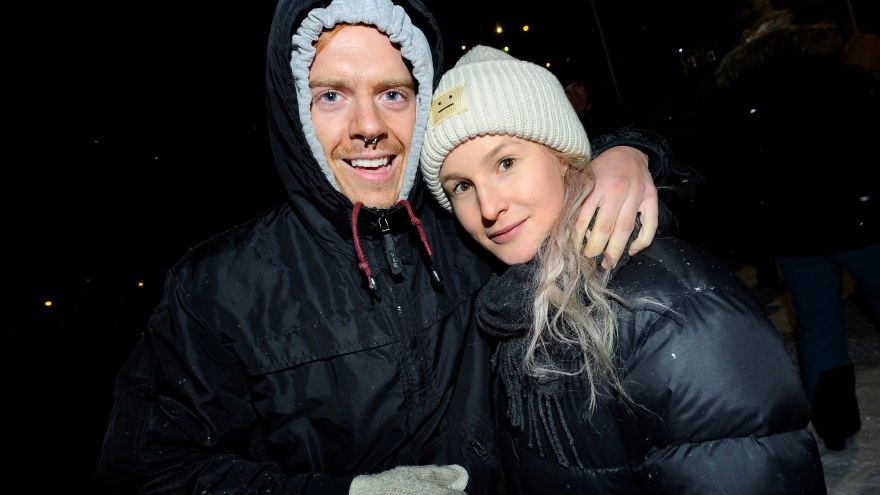 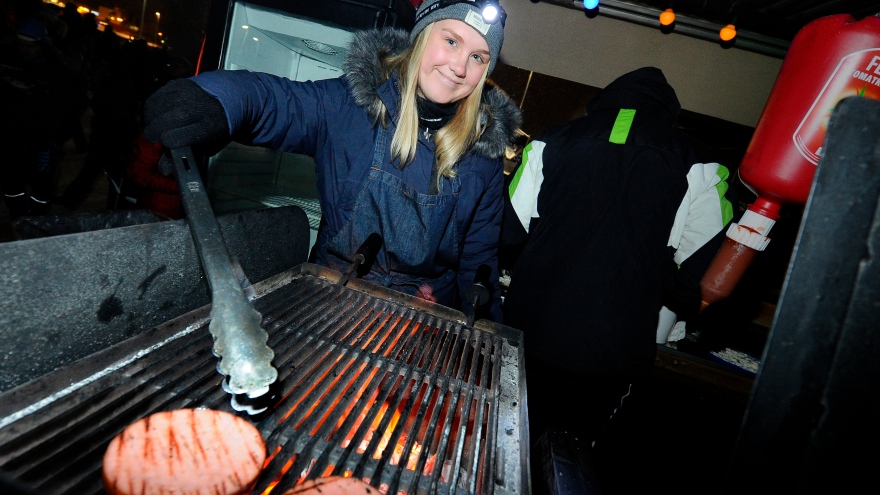 "We are super happy! During the race itself, we counted over 6,000 spectators and there have been lots of people here during the day, too," says Fiona Fagrell, communications manager for Lulea Big Air. 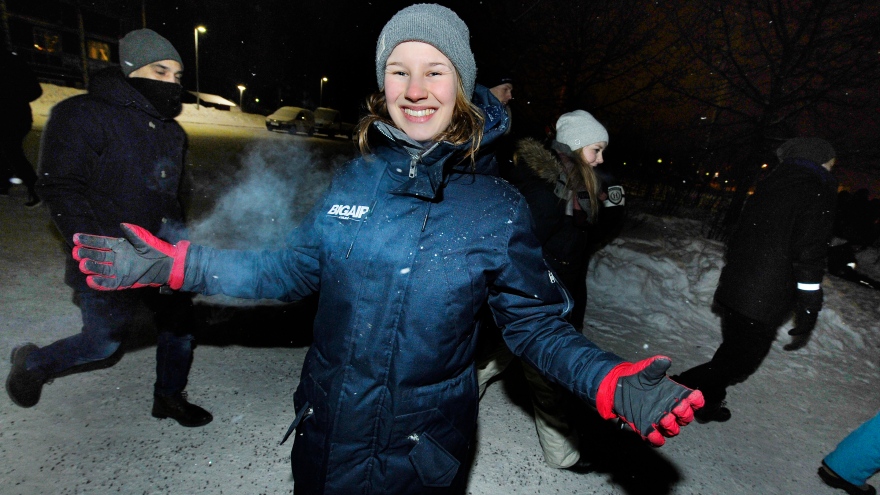 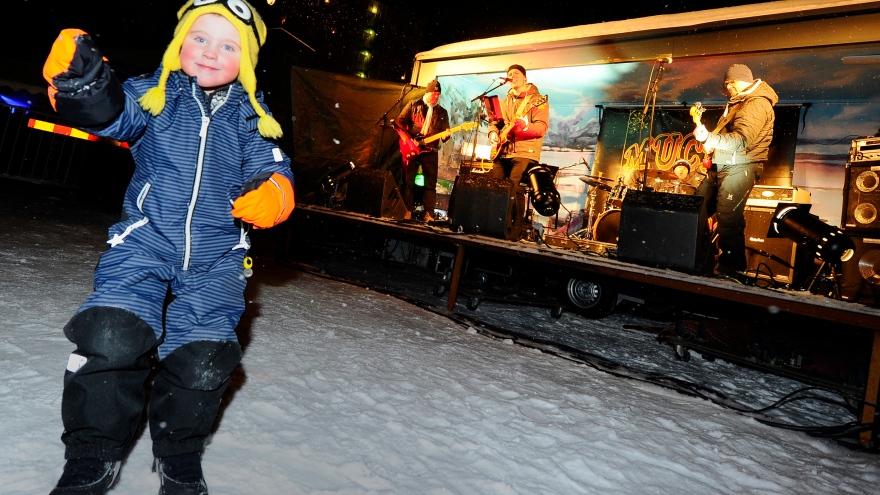 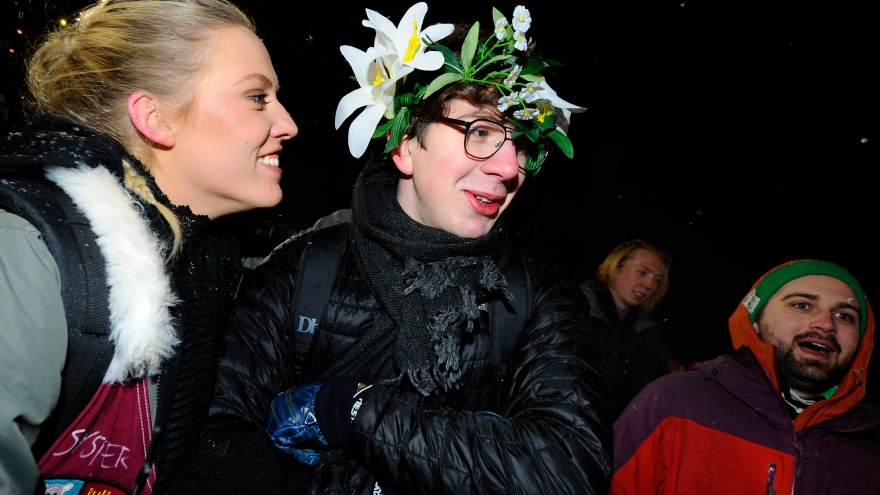 Lotta Wolf, Karolina Windstam and Anders Johansson was at Luleå Big Air together with their children. 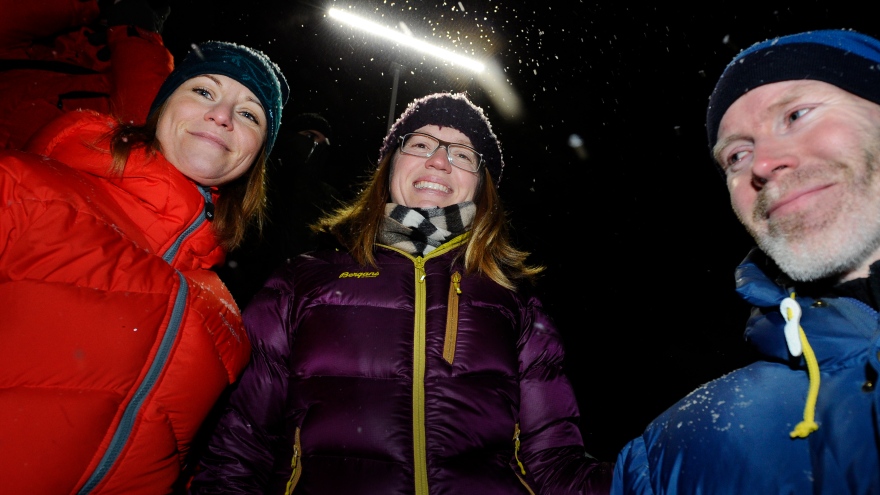 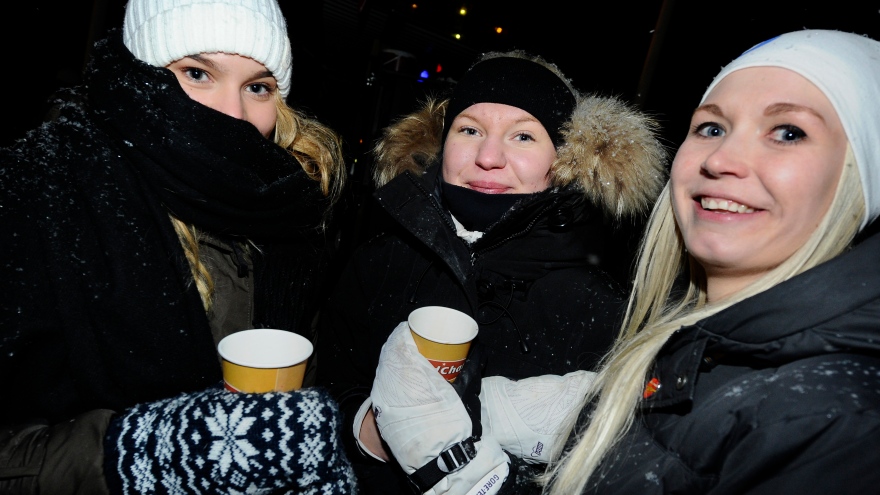 The snowboarder Dennis Viklund (to the right) together with his friends Charlotte Gustafsson and Sebbe Andersson. 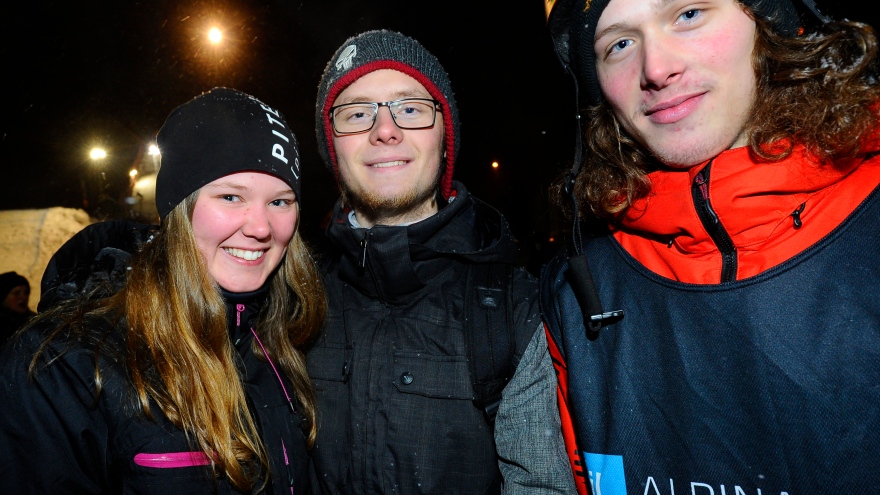 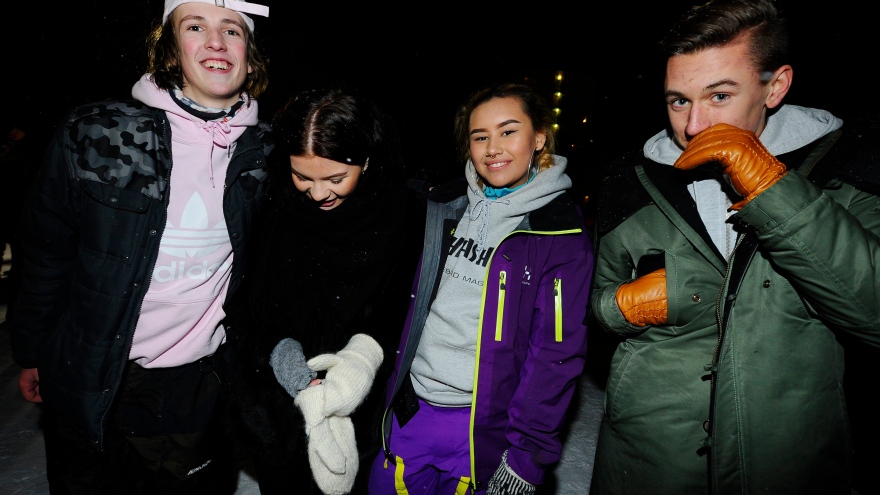 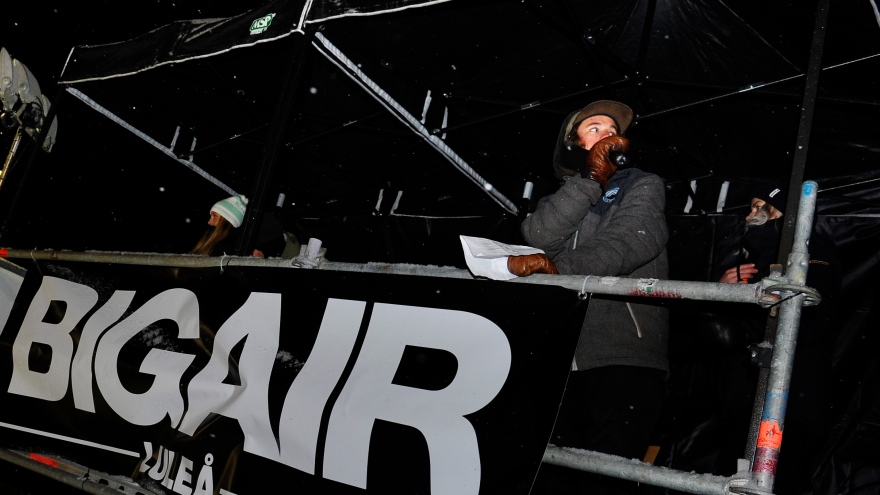 Luleå Big Air is organised by an independent association with students from Luleå University of Technology. The development curve is strong, with more visitors each time. Three years ago 1,500 people were attracted and this year the event had a attendance record with over 6,000 visitors. The students behind the Big Air received the award Creative Hero Awards on Norrbotten Media Week.

–We have had a better line-up than ever this year and the skills of the skiers have been impressive. The larger the audience gets the better they perform.The ramp is four meters higher than last year, which makes you fly higher and get a better style, says Simon Bäckman, one of the judges in the competition.

The greatest big air ever

For the third consecutive year students at Luleå University of Technology organised what has become a real festival. New this year was that the ramp was higher than ever - 22 meters - and located in a new place near Teknikens hus in the university area. Despite the cold that was fifteen degrees below zero the crowd managed to disperse heat when the riders threw themselves down the snowy ramp and then landed in front of the spectators.

– This is always the best event during the winter and I want to thank everyone who came here. All skiers and snowboarders were very skilled today, says Erik Lundmark, who won the alpine men's class with a 1080 safety grab.

During the evening the audience was guided by the energetic commentators Victor Brandt and Emil Jonsson who explained all the impressive tricks in the ramp. The experienced judges looked at five things to evaluate - the landing, the height of the jump, style, degree of difficulty and the variation. In the alpine women's class Michaela Utsi won with a rodeo 540.

– It is the first time I'm in this competition and it was great fun and good speed on the riders. I hope there will be more girls competing next year, she says.

Tobias Karlsson won the snowboard class with a Switch Backside 540. Anton Olofsson took the price in the class Sickbird, the sickest trick during the evening. He invited the audience on a one foot backflip. Best crash was made by Lexus Sandström when he did a back flip to back and landed on his back.

Activities for all ages

Between the qualifiers and finals there were fireworks, live music, campfire and food. Many had warmed up for the evening with the busy program of activities organised during the day. It was the largest Big Air ever, says the organisers who were pleased to have attracted so many people of all ages.

– We are super happy with the day! Inhabitants from Luleå have also found their way here and that has been our goal. During the race itself, we counted over 6,000 spectators and there have been lots of people here during the day too. The fatbikes has rolled, the reindeers have been petted and the dog team has had a constant long queue, says Fiona Fagrell, Communications Manager for Luleå Big Air.