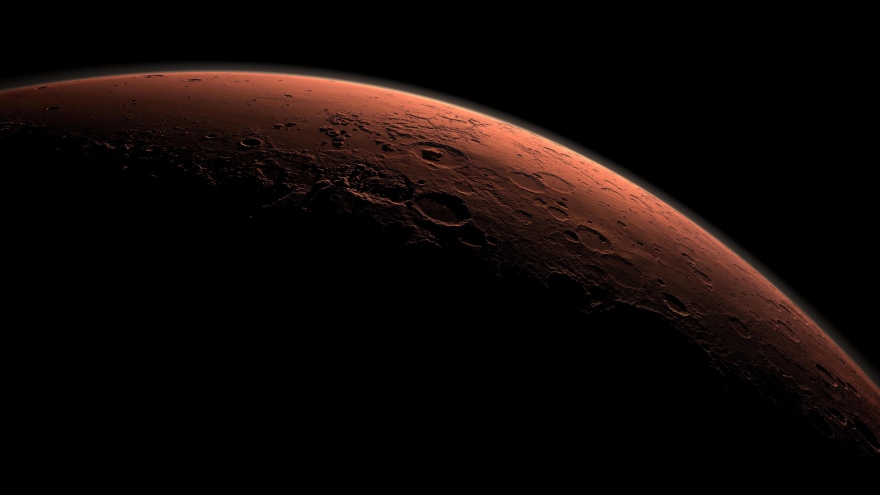 This week, leading Mars scientists from all over the world gather in Luleå. Photo: NASA View original picture , opens in new tab/window

Welcome to attend the Mars week

Full programme for the Mars Week at Luleå University of Technology:
https://www.ltu.se/cms_fs/1.165891!/file/Mars%20Week%20programme.pdf

Would you like to attend the screening of the movie ”The Martian”? Here’s a link to the registration:
https://www.ltu.se/ltu/calendar/Mars-Week-1.165891

– It is a unique opportunity to have so many great Mars scientists in one spot. They all have experience in Mars missions, and are worldwide known specialists in their respective fields, says Javier Martín-Torres.

The mission with the European Space Agency’s (ESA:s) expedition ExoMars2020 is to find life on the red planet. One of the instruments on the platform that will be sent to Mars is HABIT, an instrument designed and built at Luleå University of Technology in collaboration with Omnisys Instruments. The HABIT instrument is dedicated to investigating the habitability on present day Mars by studying the availability of liquid water, the thermal ranges and UV doses.

– Now we are two years before ExoMars 2020 will be launched, and this is the right time for the team to get together for the first time in one room and discuss important details, like the HABIT data architecture, programmatic and processing, and synergies with the other ExoMars instruments, says Javier Martín-Torres, adding:

– Holding the meeting in Luleå is the right thing to do, because this is our instrument, the flagship project of the Atmospheric Science Group at Luleå University of Technology. I would like the university to become a worldwide reference of Mars Research.

Having more than 20 leading Mars scientists in Luleå also provides a good opportunity for students to take part of the scientist’s exciting research. Students from Rymdgymnasiet in Kiruna are coming to Luleå University of Technology for the “Mars Week” and they will attend the programme on June 1, that starts with three short lectures:

“The Evolving Climate of Mars: Turning an Ocean Into a Desert”, by Dr. Michael Mischna NASA/Jet Propulsion Laboratory, USA.

After lunch, the movie “The Martian”, with Matt Damon in the lead role, is screened, followed by a talk with professor Maria Paz Zorzano-Mier about the science used in the film and it's accuracy.

– When I asked the HABIT team if they would like to give an outreach talk, I had so many volunteers that we were unable to schedule them all. They are a fantastic team, they love Mars and science, and they loves to spread the word about their research. I think that we all in the HABIT team remember where we were kids or teenagers and we were so passionate about science. We would have liked to have access to researchers to ask our questions. We should never forget from where we are coming from. This is what I would say to the future Mars explorers: never forget your roots, says Javier Martín-Torres.