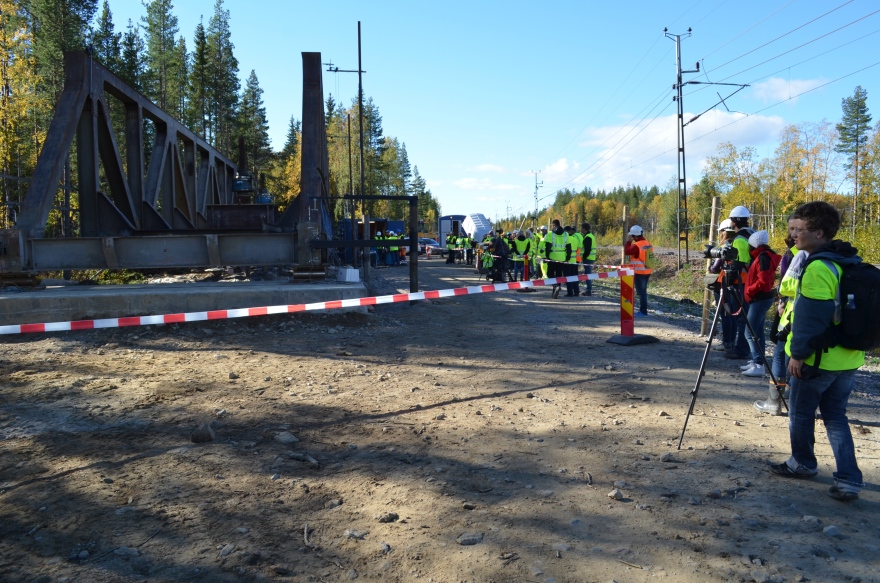 During a renovation of the embankment in 2012 it was decided to also replace the old railway bridge with a modern bridge that requires less maintenance. The obsolete bridge was placed at the side of the embankment and became an excellent research subject. The bridge, which was designed to withstand a weight of 25 tonnes per axle (or 8 tons per meter), would, according LTU calculations and models fold down at a load of about 800 tons. A bit more was required, but at 1,200 tons the deformation was a fact. An exact copy of this bridge is still in use along the Ore Line - Malmbanan in the north. 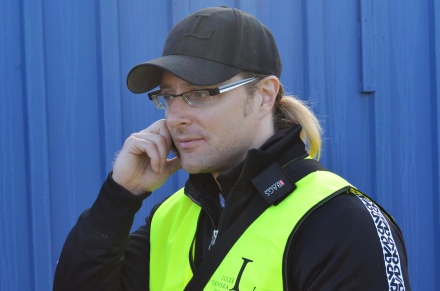 - This test is the beginning of a research project that will last several years and followed by several universities around Europe, says Thomas Blanksvärd, PhD in Structural Engineering, LTU.

Can the life of the bridges extended by 10 years, the saving of the order of SEK 200 million annually just for the Swedish railway bridges. The results and the knowledge that emerges will also make it possible to apply the overpasses so the potential savings are even greater.

The Swedish Transport Administration owns and manages more than 4,000 railway bridges most of which are built according to regulations. Common to all the bridges is that they age and decompose. In addition to the bridges age also increases the load. Axle loads of 25 tons are common and in some courses is the axle loads of 30 tonnes. 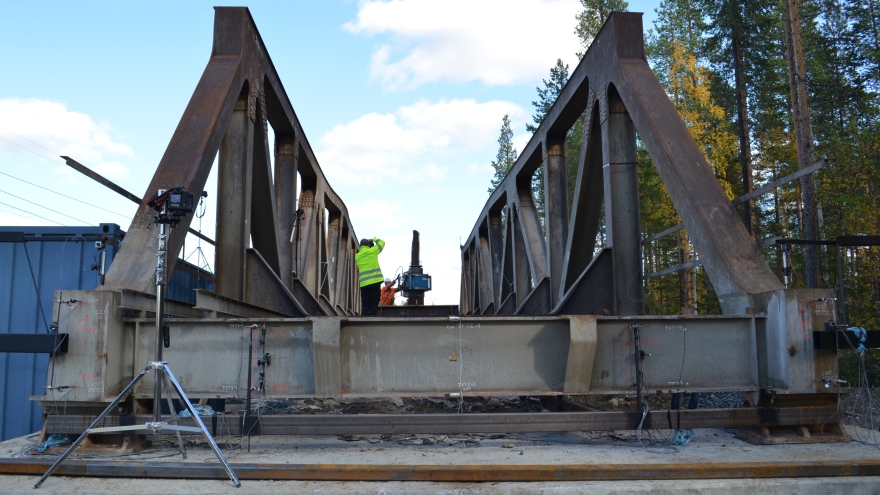 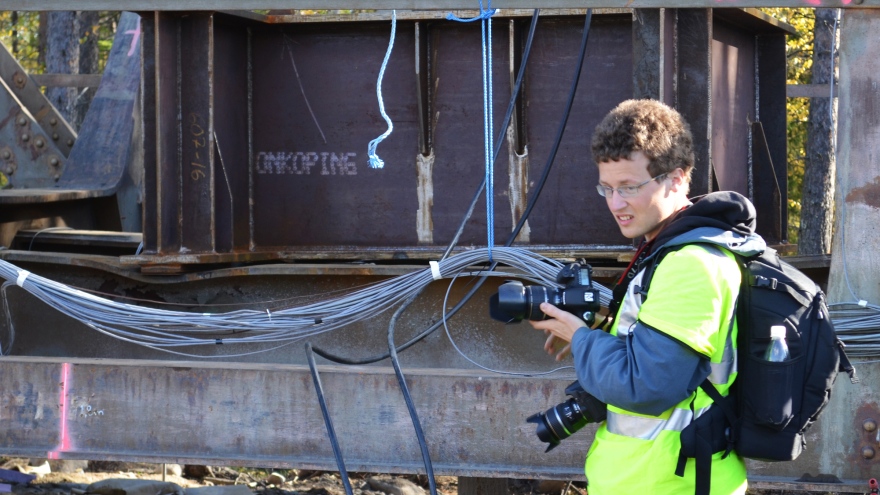 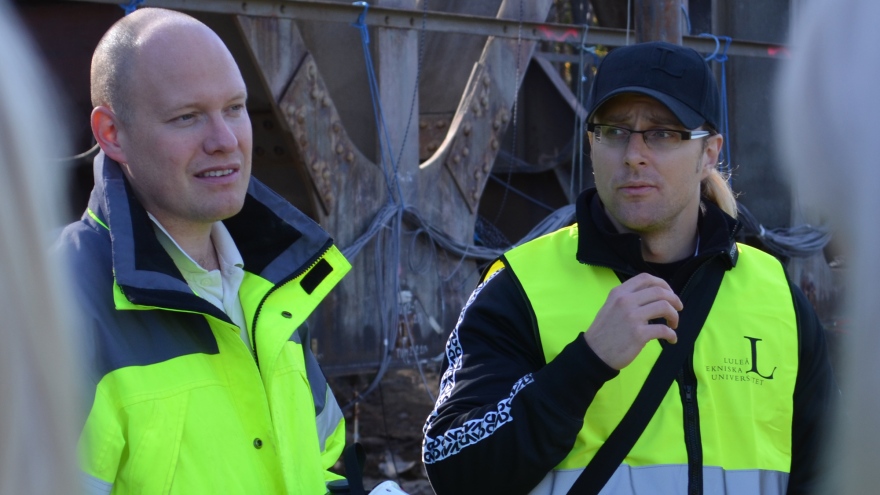 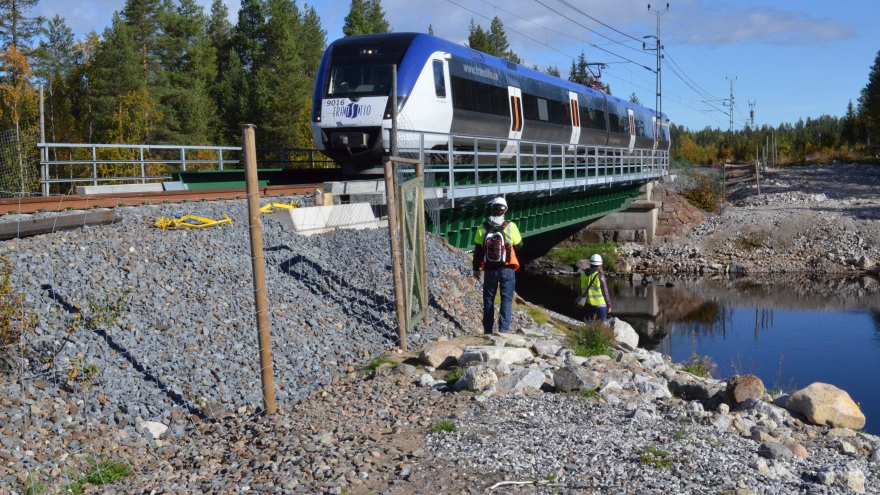 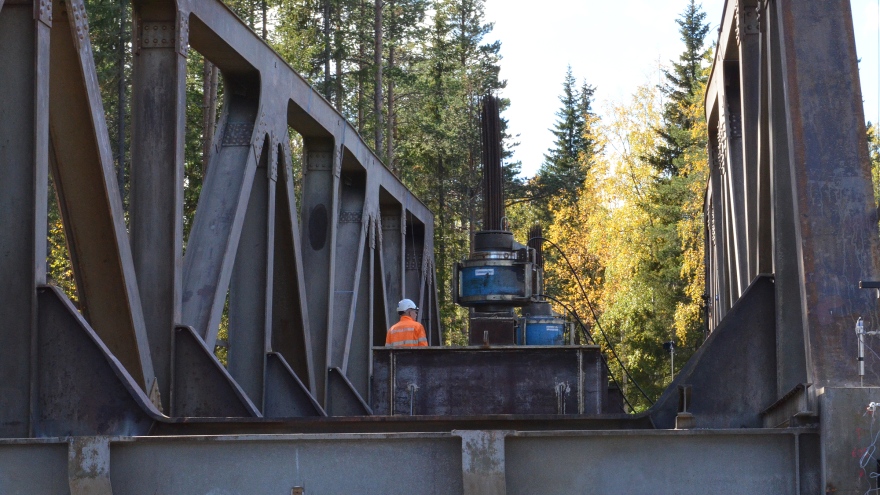 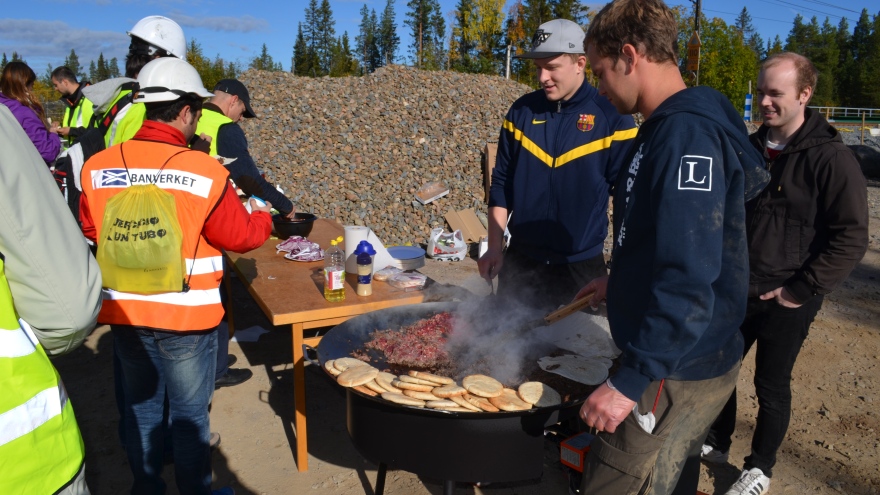 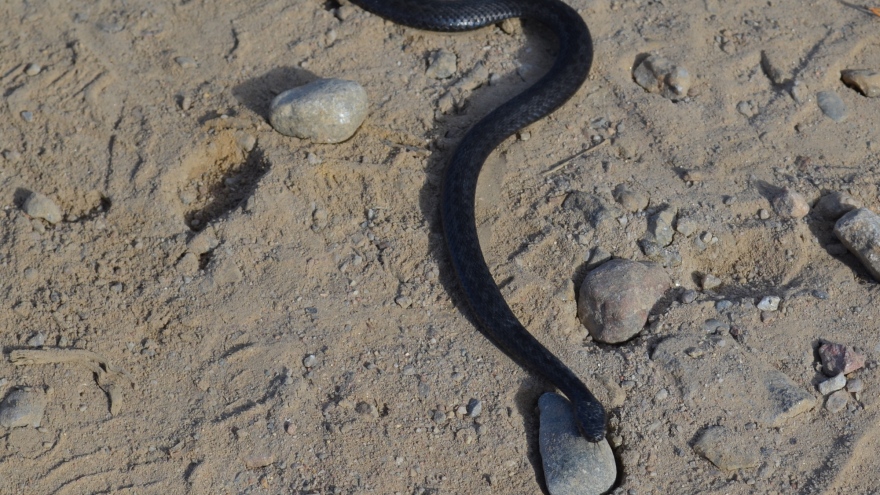 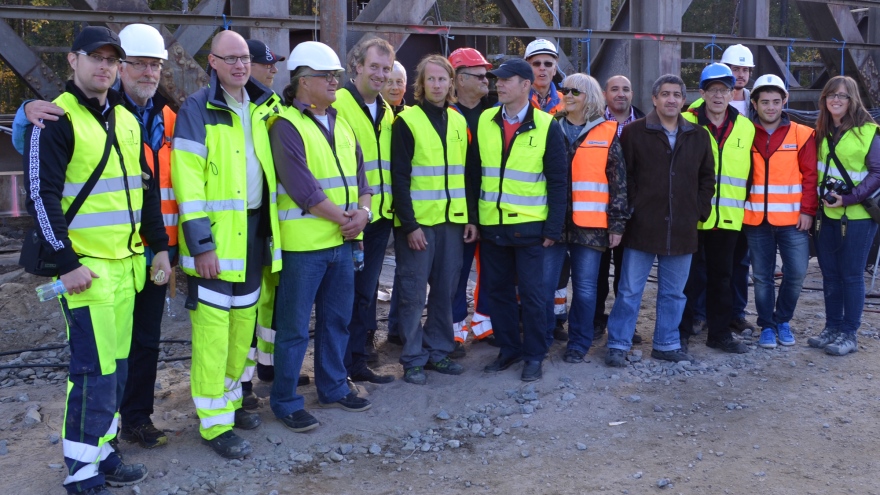 The measurement and data collection from the test conducted by Complab, one of Luleå University of Technology's largest laboratory where they mainly work with mechanical testing of steel, wood and concrete, rock mechanics and geotechnical testing, measuring in the field as well as analyzes and investigations. The test results will be analyzed by the research team in Structural Engineering at Luleå University of Technology.

How many bridges of this type must be tested before we can draw a conclusion on how much cargo such as iron ore line can handle?

- When bridges was built in the 50s, it often resulted in a number of identical bridges. This particular bridge has four copies so the testresults are a very good indication. It is also interesting to see where the bridges breaks in order to prevent breakage at the weak points. But even in the case of other types of bridge structures from the same time this provides good data on longevity and durability, says Lennart Elfgren, Professor at the Department of Structural Engineering and Production at Luleå University of Technology.

How do you get up the load required to break up a railway bridge?

- We have 36 wires of steel that is anchored in bedrock at 24 meters depth and two heavy jacks which distributes pressure. We also have 140 sensors and measurement points where we collect data for later analysis, says Lars Astrom and Ulf Stenman from Complab.

Transport Administration, Hjalmar Lundbohms Research Foundation, SBUF, LKAB and the EU is funding this project carried out in collaboration with the research group in Structural Engineering at Luleå University of Technology. On completion of testing in place, some bridge components that are shipped to the LTU for further studies of their fatigue resistance. The main part of the bridge, however, will be cut into scrap, and before November 1, the site will be restored and cleaned.

The testing is part of the European research project MAINLINE, see www.mainline-project.eu, led by Björn Paulsson at the The Swedish Transport Administration and the International Union of Railways, UIC. LTU is a technical and scientific coordinator of the project

Back in 2006 when the new Botniabanan built charged a senior railway bridge in Örnsköldsvik crimes by the same research group at the university. Arto Puurula, Structural Engineering, wrote an acclaimed doctoral thesis on the subject, see the link below.

How much can our bridges carry?