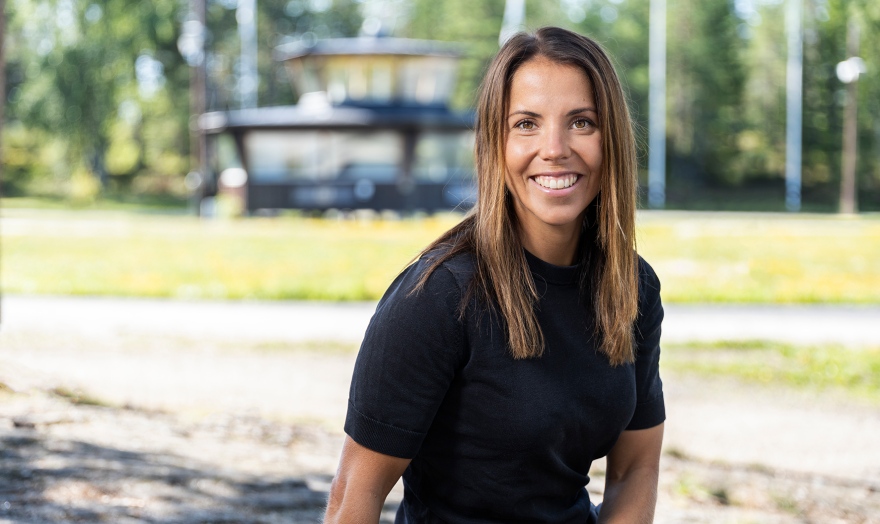 Charlotte Kalla, born in 1987, is a Swedish cross-country skier from the village of Tärendö in Pajala Municipality in the northern province of Norrbotten. She has won 20 Olympic and World Ski Championship medals, of which three Olympic golds. She is the first Swedish female to win individual gold medals in cross-country skiing in both the Olympic Games and the World Ski Championships.

The Faculty of Science and Technology at Luleå University of Technology has appointed her Honorary Doctor for the following reasons:
"Charlotte Kalla is a brilliant and important ambassador for Norrbotten. She is a great role model for many young people and will, through her sports achievements, her strong ties to Norrbotten and her links to cold, snow and ice, be a very important Honorary Doctor for the development of Luleå University of Technology."

Charlotte Kalla lives in Sundsvall in the middle of Sweden but is still deeply-rooted in Norrbotten. She competes for the sports club Piteå Elit. Partners and sponsors are, for example, the mining and mineral company LKAB, the forest owner SCA and the bank Sparbanken Nord, all of them very active in the province. She is very proud of her roots and says that she considers Norrbotten a region with great opportunities.

To be an inspiration and a role model for young people is important to Charlotte Kalla, who also says that the appointment as Honorary Doctor will give her an additional platform for this.
“You will succeed if you are prepared to work hard and set tough priorities. But it is really important to have fun along the way”, is her message – be it dreams of a career in skiing or achieving something completely different.
She applauds the fact that Luleå University of Technology, since 2020, is a top-level sports university with a special focus on cross-country skiing, biathlon and ski orienteering, and hopes that this focus will last for a long time.