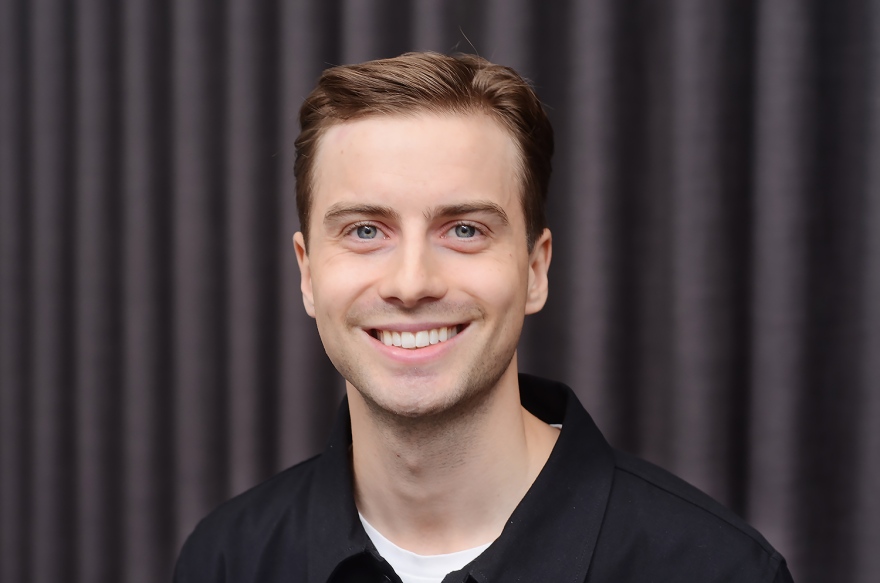 “Since I was little, I have enjoyed inventing things. The cool thing about entrepreneurship is that it creates fantastic opportunities to make the world a little better”, says Tommie Lögdahl, an alumnus of the university engineering program in technical design at Luleå University of Technology, who is now launching his Nowa Drops brand.

His innovation is a powder that the consumer adds to a refillable bottle together with tap water. After ten seconds, the solution becomes liquid soap.

“In this way, not only the problem of plastic rubbish is eliminated, but also the unnecessary, and environmentally harmful, transports of water compared to liquid hygiene products that mostly consist of water”, Tommie Lögdahl explains.

A partner in Amsterdam

He has received help from a company in Amsterdam to develop his prototype into a working product. There is a sustainability mindset throughout the production chain. The powder is produced from natural raw materials with the goal of making minimal impact in the ecosystem, both throughout the manufacturing process and after use. Even the package, in which the powder is delivered to customers by post, is degradable in ordinary water.

“The CEO of the company saw the potential to change and improve a traditional industry and joined as a partner in my company. I started this at the beginning of 2019 with the quarter of a million Swedish crowns I received when I came on the third place in Swedbank's competition, 'Rivstart 2018' which rewards sustainable business ideas that contribute to a better society.”

In September this year, Tommie Lögdahl received the SKAPA Talent Prize for the province of Norrbotten which is an award for young innovators. SKAPA was founded in memory of Alfred Nobel. Behind the foundation are, among others, the Stockholm Fair, the Swedish Inventors' Association, Almi and Vinnova.

“It feels great to have been named this year's regional SKAPA talent award winner! It is a bit of a seal of quality and a certificate that we are on the right track.”

Already in 2017, Tommie Lögdahl received his first award when his idea was ranked as one of the 20 most promising business ideas in Sweden by Venture Cup Business IDEA that year. It prompted him the following year to apply for the Arctic Business accelerator program where he learned to pitch his idea to potential investors and how to go about testing whether an idea is financially viable.

He had actually planned to move to Stockholm or Gothenburg to find a job as an engineer when he finished his studies. But in the same period that he got in touch with Arctic Business and LTU Business, he started to get a spin on his business idea and he met a girl in Luleå, who now also works in the company.

“Love and the closeness to nature made me stay, but the decision to stay was also influenced by the fact that I had built up a business network here in Luleå. I therefore assumed that I had a better chance of succeeding with my business idea here than in another city.”

He has received help from the Go Business Incubator to develop his business idea. Go Business was very helpful in establishing contact between Tommie Lögdahl and the company in the Netherlands. In November, he and his Dutch partner will initiate a crowdfunding campaign in which interested parties are offered the opportunity to buy the product in advance. The product is expected to be delivered to the customers around the turn of the year.

The dream of starting a business has always been with Tommie Lögdahl. The inspiration comes from his parents who run a family business  – a dental practice in Ånge. His sister and some cousins are also entrepreneurs.

“As an entrepreneur, my two major driving forces are curiosity and being able to contribute to developing a sustainable society. We are many young people today who want to make the world a little better for us who live today without making it worse for future generations.”