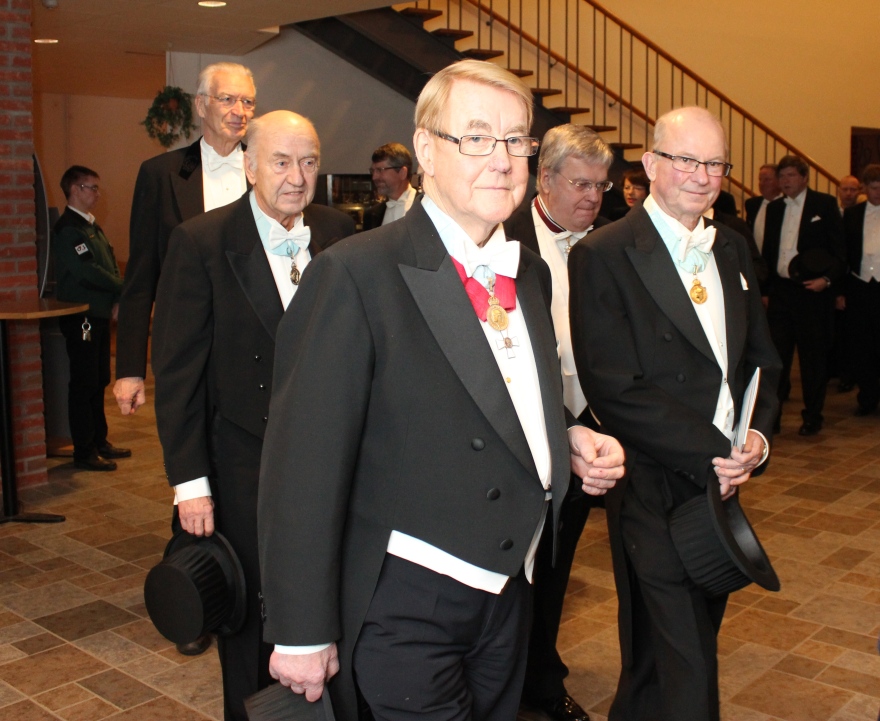 Between 1981 and 1999, Sam Nilsson was CEO of Swedish Television. For many years he was involved in the growth of the various educations at Luleå University of Technology in Piteå. He mainly participated in the development of the Academy of Music, the Programme in Audio Technology, the media educations and the Dance Teacher Education. He was also active in the creation of the Acusticum Science Park and the Acusticum Concert Hall.

In 2002, he was awarded a honorary doctor at Luleå University of Technology. He was awarded the honorary prize Stålbjörnen 2011, which was awarded to stimulate research at Luleå University of Technology. The award had been established by Björn Wahlström in connection with his resignation as chairman of SSAB.
Sam Nilsson also received the Directorate award at the Emmy Gala in New York in 1998 for his efforts within SVT and for public service, nationally and abroad.
– Sam's involvement in the business in Piteå was great and we will with great gratitude remember him for this, says Bo Jonsson.