The Theater Academy sets up scenes from Shakespeare's work - here a scene from Macbeth. 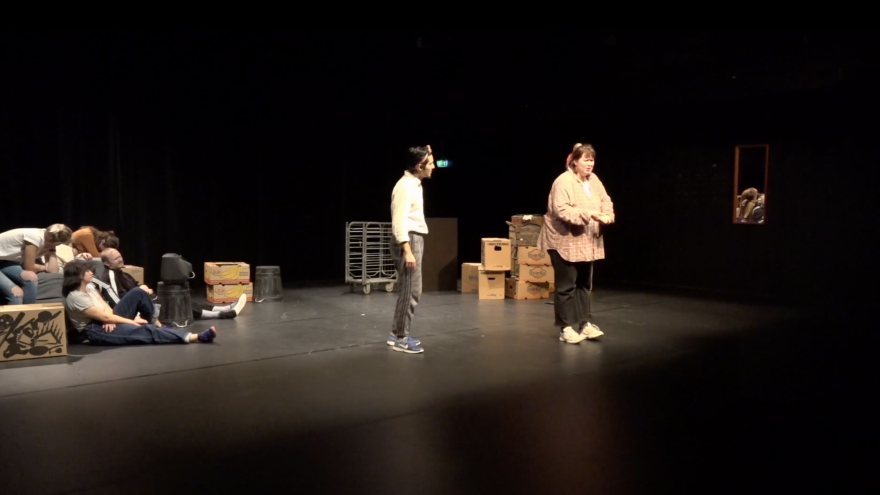 William Shakespeare, aka "The Bard". 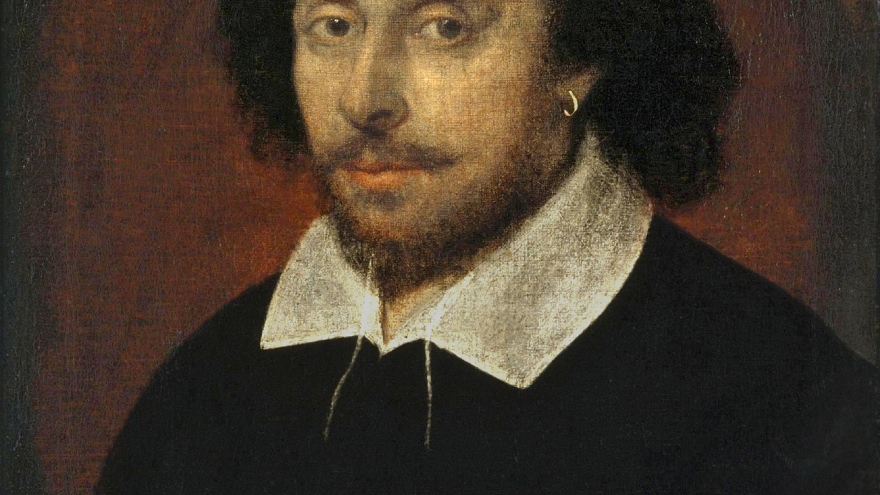 As an actor, you must be able to see what is invisible and be blind to what is visible; the mime artist opens an invisible door and Hamlet's mother looks straight past the ghost even though, not only Hamlet, but the whole audience can see that the ghost is standing there. However, Derek Cespedes Barrientes thinks that the most difficult thing about Shakespeare is the rhythm. Shakespeare wrote his works according to a fixed rhythm, a so-called meter, which is called blank verse.

– When we started working with Shakespeare, we walked to the beat in the lines to get the blank verse into the body. At first we kept a tight grip of the rhythm. But the goal is for the meter to just be there without being noticed. It must not sound stiff, it should be so natural within you that you can relate freely to the blank verse and focus on portraying what is happening on stage, explains Derek Cespedes Barrientes.

The blank verse has made him more aware of the rhythm of his own speech. It is easy to talk too fast or forget to breathe so that you have no air left at the end of a line. He thinks that the exercises in blank verse can also be applied in modern drama written in unbound prose.

– Even a text that is not verse-bound has its rhythm. I can watch a modern play and ask myself, "Can I walk to the beat of this?" or: "This was a long line, where does it work best to breathe?"

He also thinks that Shakespeare has made him more text-conscious.

– Language is important in Shakespeare. You cannot replace a world as you like. The lyrics is old, but it can be brought to life. You can relate to Romeo and Juliet's love story, Richard III's manipulative rhetoric and Macbeth's psychoses, says Derek Cespedes Barrientes who himself plays Lady Macbeth.

A text beyond the mundane

Ulf Friberg, who is a teacher at the course, explains that in Shakespeare's drama, students encounter a text that is elevated; the verse-boundness and the rich imagery are far from everyday speech and modern prose.

– In everyday speech, you might say "I like you". Shakespeare can use an entire page to say the same thing. It is therefore important that the actor is aware of his breathing, the way he moves on stage and his retort to make the text believable even though it is elevated.

Each student has been assigned one of Shakespeare's dialogues and one of his sonnets. The students do not perform an entire play, but the different scenes are linked together using a simple scenography consisting of moving boxes that sometimes representing moving boxes and sometimes something completely different.

– It's easy to get excited when you work with such great emotions as the ones Shakespeare works with. The moving boxes are a way to find everyday life in the scene, even though it is about life and death, love and power.

Shakespeare may have been dead for over 400 years, but he is still highly relevant, Ulf Friberg thinks.

– He clarifies conflicts and has a beautiful language. Playing Shakespeare is an exercise in daring to use the big gestures and to dare to stay in the pictures he paints so that both you as an actor and the audience can take them in. As an actor, you must have a wide range of expressions, being able to portray both everyday life and that which is elevated.

Anita Heikkilä Einarsson has been a voice teacher in the course.

William Shakespeare, born in Stratford-upon-Avon in 1564, died in 1616, was an English playwright, poet and actor. He is considered as one of the greatest playwrights in world history. Some of his most famous and played works are Romeo and Juliet, Macbeth, King Lear and Very Essence for Nothing.

Blank verse is a meter that was used by Shakespeare,and other contemporaries, but it has also been used in modern times, for example by the poet Göran Palm in the depiction of society "Sweden, a winter saga" (1984-2005). The blank verse consists of five so-called iambs, where a jamb is a two-syllable word, or part of a word, where an unstressed syllable is followed by an accented one, for example "baboon", "believe", "canoe". Sometimes the five jambs are supplemented in a blank verse with an unstressed syllable at the end.

In addition to his plays, Shakespeare is known for his sonnets. The sonnet is a poem consisting of 14 lines which, like the blank verse, is made up of iambs but, unlike it, contains rhymes according to a specific pattern. Another famous sonnet poet is the Italian Francesco Petraca (1304-1374). As recently as 1994, the poet Lotta Olsson received great attention for her sonnet collection "Shadows and Reflections" (Skuggor och speglingar).