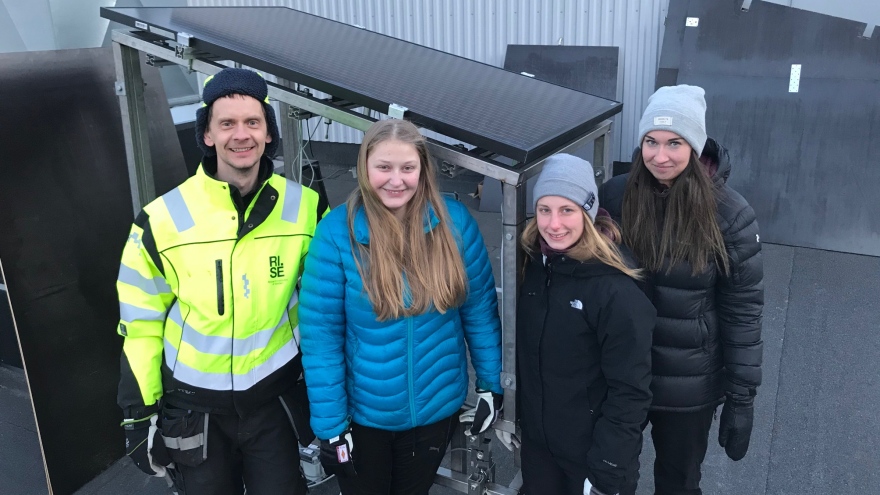 Anna Malou Petersson, Head of Unit at RISE and researcher in solar electricity. 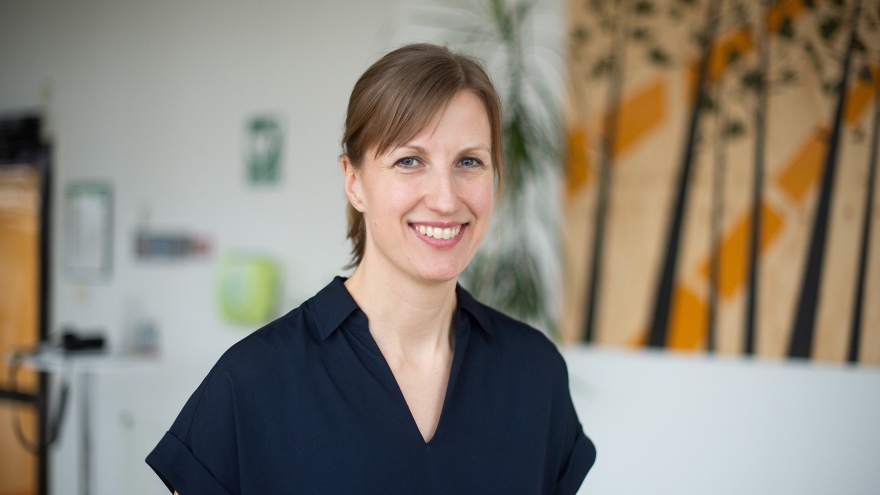 In the end of 2019, Luleå University of Technology and RISE signed a cooperation agreement in which, among other things, includes more collaboration regarding education. Students will be able to do their degree work at RISE, which has operations in 25 locations in Sweden and also in other European countries.

Six students from the Master Programme in Sustainable Energy Engineering and Master Programme in Mechanical Engineering have during a joint project course last year structured their work independently. They constructed a test rig that three of the students have further developed and completed together with Tommy Vikberg from RISE in the end of last year. Now the test rig is installed in Piteå and will collect data until the summer.

– The goal is to be able to adapt the solar panels better to nordic climate, says Anna Arnesson.

The work is part of the project "Snow-wise – effects and management of snow loads at roof-mounted solar systems". Anna Malou Petersson, head of unit at RISE and researcher in the solar electricity, says that the collaboration with the university has given synergy effects.

– Luleå University of Technology´s project course needed real projects with companies, and we needed a test rig where we could measure snow loads and log data for a whole season. The students had time to test different alternatives. They have been very creative which has helped them come up with good solutions, she says.

During the autumn, the students have worked on developing the test rig and making it climate resistant so that the measuring instruments can resist different temperatures. They have produced design, talked to sellers and transformed measurement data. After the winter season, they will get indications if it has worked, and RISE can then move on to the next step – to see how different ways of attaching the module affect the load distribution. Different snow removal methods and their effects will also be studied. Anna Malou Petersson says that the sun confitions in north of Sweden are good and are just below how it is in southern Sweden.

– But some types of panels are today covered with snow that remains during the winter and spring. Installations designed for this climate could produce more, she says.

The project that RISE is running is called "Snowwise - effects and management of snow loads at roof-mounted solar plants" and is financed by the Swedish Energy Agency, Lindbäck's bygg, Länsförsäkringars research fund, Piteå energi and Länsförsäkringar Västerbotten. 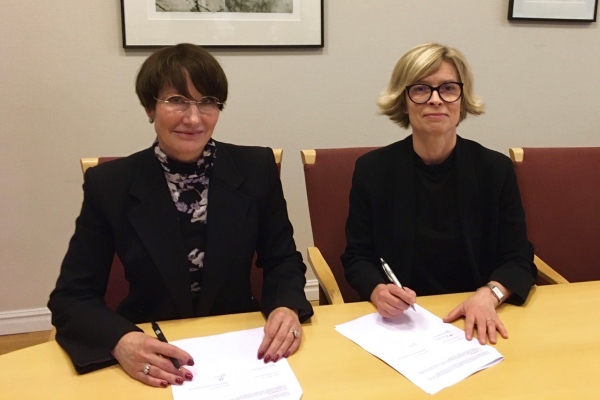 Luleå University of Technology and RISE strengthen their collaboration

2019-11-28 Luleå University of Technology and the research institute RISE have signed a three-year collaboration agreement. The partnership includes research, education and innovation.